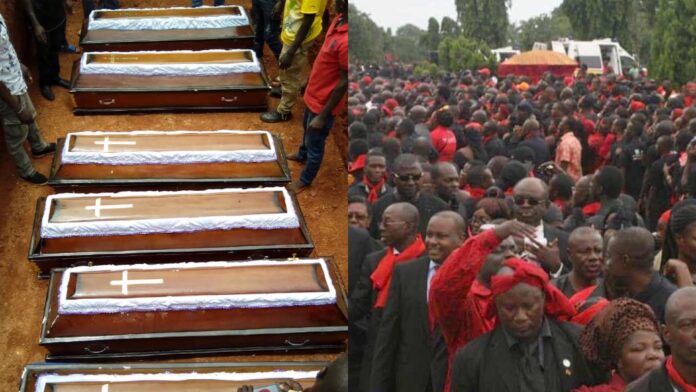 I’m consultant with bereaved families, The Gomoa West Security Council in the Central Region has set Thursday, March 11, 2021 as the day for the mass burial of the 13 teenagers who drowned in the sea at Apam on Sunday.

The decision was taken at an emergency meeting held yesterday according to reports available to the media.

So far Twelve bodies have so far been recovered.

The Apam District Police Commander, Deputy Superintendent of Police, Moses Osakonor giving an account of how the incident occurred said it happened at about 5 pm on Sunday.

According to a police report, while the children were swimming, a heavy tide rose sweeping dozen of them into deep waters.

The timely intervention of a Good Samaritan saved the lives of two of them as they were rescued and sent to the St. Luke Hospital to be attended to.

The sad news has shaken the whole Apam and its environs.

Meanwhile, central government is yet to react to the issue judging from the fact that there is a ban on going to the beach.