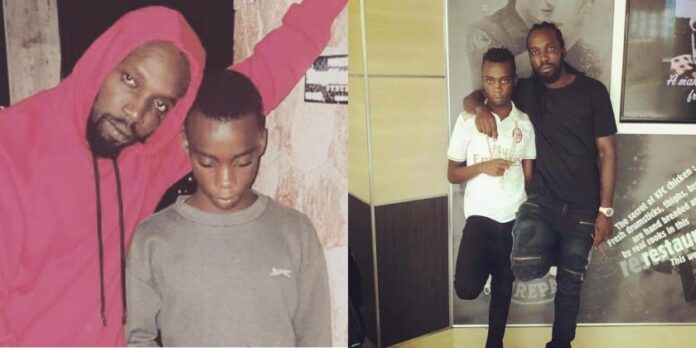 Dante Brooks, the 18-year-old son of dancehall artiste Mavado has been sentenced to life in prison for the 2018 murder of Lorenzo Thomas.

He must serve 22 years before he may become eligible for parole. He was also sentenced to 15 years for arson and 20 years for illegal possession.The sentences will run at the same time.

According to urbanIslandz, the sentencing was originally scheduled for March 12. It’s been a sad day for the Brook’s family, who are also grieving the death of Mavado’s mother, Ms. Pinny, who passed away yesterday.

Brooks’ was found guilt of murder, illegal possession of a firearm, and arson.

Brooks, who is only 18 years old, was found guilty in January along with his co-accused Andre Hines. Both of them appeared in court for the sentencing and were remanded until the next court date.

The men have maintained their innocence. Brooks was tried as an adult. He and Hines who have been on trial since 2018, following murder charges laid for the killing of Lorenzo Thomas, also known as ‘Israel’ or ‘Trulups,’ in Cassava Piece, St. Andrew, where both men are also residents. The gruesome murder occurred on June 5, 2018.

The charges against the parties originally included conspiracy to murder, arson, shooting with intent, and illegal possession of firearms and ammunition. Brooks has been in a juvenile facility in Kingston, having had multiple bail applications denied. There have also been hiccups with the start of the trial, which was originally set for January 7.

The defense team opted for trial by judge rather than trial jury based on various factors his attorney had said Champagnie said without going into those factors more.

However, it seems the plea in mitigation made before sentencing by the defense attorney can take into consideration the time Brooks has spent jail, among other factors like his age in determining how many years in jail he receives in sentencing.