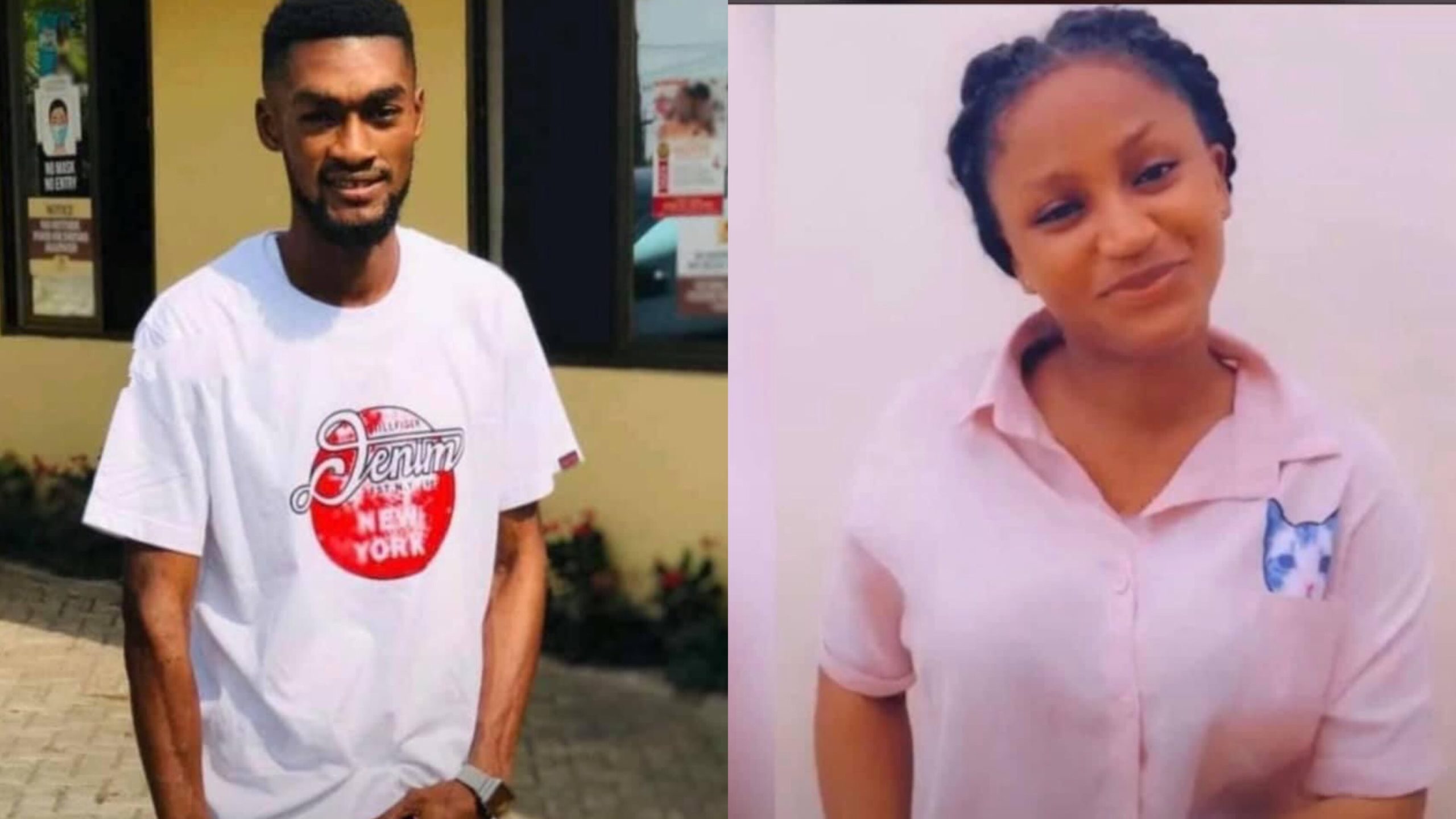 A 25-year old lady, Harriet Kafui Ahiati, has been murdered last night under bizarre circumstances in the Volta regional capital of Ho.
The incident which took place at about 12 midnight on Monday, has also left the boyfriend, a popular footballer known as Jay, with deep knife cuts in the throat and on the tummy.

The boyfriend who is currently receiving treatment at the Ho teaching hospital is believed to have attempted suicide after killing the girlfriend in a brawl.

He is believed to have attempted suicide by hanging himself on a ceiling fan in the r room but failed.

According to the mother of the deceased, the couple has been dating for over six years noting they started when the deceased was still at JHS 3.
She noted that the two were finally allowed to continue with the relationship after several failed attempts by both families to separate the young couple at the initial stages.

She said, “The two have been there for more than six years. Initially, we didn’t agree to the relationship so we attempted separating them but the two wouldn’t yield and so we allowed them to move on. They have lived nicely, the young man would come here, eat and sleep here.”

“Up until last night, I didn’t know the two had any serious issues. I only got back from my trip to meet a crowd here in my home and my daughter dead in a pool of blood,” she added.

Body of the deceased has since been deposited at the Ho teaching hospital morgue by the police while the suspect battles for his life at the same facility.

The development adds to a string of spousal murders in recent times. Two of such incidents have already been reported this month.