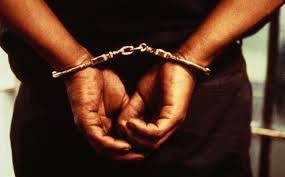 A 37-year-old driver who allegedly defiled his 10-year-old daughter, has been remanded into Police custody by the Nkawie Circuit Court.

Osei Yaw was said to have defiled his biological daughter several times at Kobeng, in the Atwima Nwabiagya South Municipality.His plea was deferred to February 17, this year to allow the Police to continue investigations into the case.

Detective Inspector, Anthony Acheampong told the court presided by Mr. Michael Johnson Abbey that the victim lives with her mother, who was the complainant in the case.

He said the accused and the complainant divorced about three years ago.Detective Inspector Acheampong said on January 28 this year, Osei took the victim from the complainant’s house at Kobeng to Kumasi to buy some items for her.

He said whiles they were returning, the accused stopped at a section of the road near Wioso, and sent his mate to go and buy food for the victim.According to prosecution, Osei then put the victim on his lap, removed her underpants, fingered her and started brushing her vagina with his penis.

He said when he saw the mate coming back, he asked the victim to dress up quickly and warned her not to tell anyone.The prosecution said the accused gave her GHc 40.00 and sent her to her mother at Kobeng.

Detective Inspector Acheampong said the next day, the accused told the complainant on phone to allow the victim to come and collect money, which she obliged where in the evening the accused forcibly had sex with her, gave her GHc 100.00 to return to the mother.The prosecution said on February 02 this year, the complainant detected some changes in the victim’s walking and when she examined her, she found some bruises and some whitish substance on her vagina.

He said the complainant questioned the victim who narrated her ordeal to the complainant.He said a report was made to the Nkawie Police and Osei was arrested and in his cautioned statement, denied the charges whiles investigation into the matter continues.