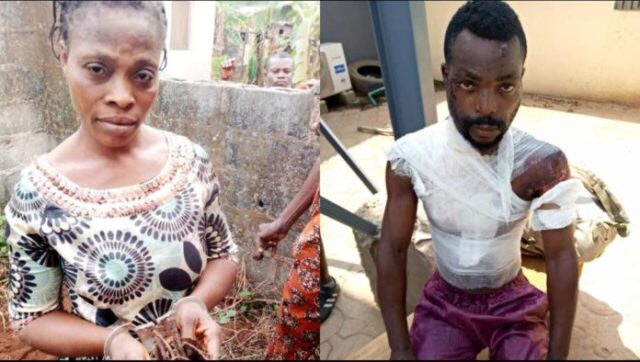 Bisola Awodele, A 43-year-old housewife, has poured hot water on her husband who she accused of drunkenness and not responsible for the family welfare.

According to the police ,the mother-of-five, who is now in Police custody at Sango Ota, on interrogation, explained that, her husband was fond of getting home drunk every day.

She said, she had cautioned him several times but he failed to change.

Confirming the incident, the Spokesperson of the Ogun State Police, Abimbola Oyeyemi said the suspect was arrested following a report by the husband, Peter Phillips.

On interrogation, the suspect explained to the police how her husband is fond of coming home drunk always without contributing anything to the welfare of her and the children.