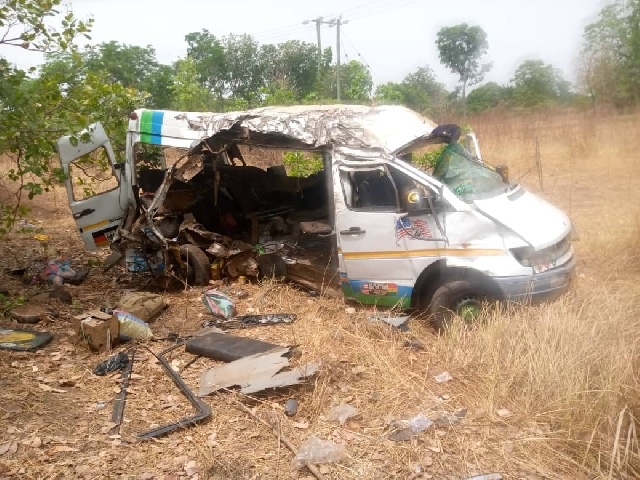 Some eight people have been confirmed dead in an accident on the Wa-Sawla highway in the Savanna Region.

Thursday’s accident also left 22 others in critical condition with various levels of injuries.

The accident involved a 23-seater Sprinter bus with registration number AS 3022-15 heading to Kumasi, Ashanti Region from Wa, Upper West.

The car somersaulted and crashed into a bush in the Sawla-Tuna-Kalba District after bursting a tyre, as it attempted swerving a cart that had fallen off another bus that sped by it.

The bodies of the deceased are in the morgue at Wa while the injured are receiving treatment.