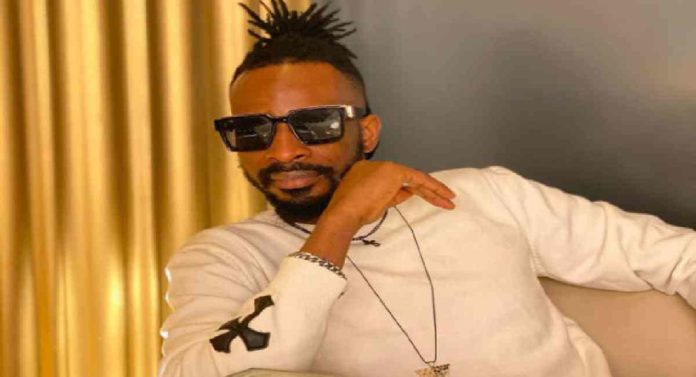 Read the complete write-up of 9ice net worth, biography, age, height, wife, children, songs, albums as well as other information you need to know.

9ice is a Nigerian musician, songwriter and dancer. He is known for his powerful use of the Yoruba language in his music as well as his proverbial lyrics and unique style of delivery.

9ice who real name is Alexander Abolore Adegbola Akande was born on January 17, 1980(age 41 years) in Ogbomosho, Oyo State, Nigeria. 9ice was born into a polygamous home of five wives and nine children, in Ogbomosho, Oyo State in Western Nigeria. He grew up in shomolu Bariga suburbs of Lagos. 9ice had also dreamed of being a musician. His parents discovered his singing talent, and decided to allow him become a musician.

In 1996, 9ice recorded his first demo titled Risi de Alagbaja, but it was not until 2000 that he released his first official solo song Little Money.

Check Out: Olamide net worth

In 2008, 9ice released the single Gongo Aso. With the song gaining popularity, 9ice was asked to perform at the Nelson Mandela 90th Birthday Tribute concert in London, United Kingdom in June 2008. He went on to win the Best Hip Hop Artist of the Year at the MTV Africa Music Awards.

Gongo Aso won him four further awards at the 2009 edition of the Hip Hop World Awards held at the International Conference Centre, Abuja: the Album of the Year, Artiste of the Year, Song of the Year and the Best Rap in Pop Album categories.

In 2020, 9ice released another album entitled “Tip of The Iceberg: Episode 1” to top his previously released albums.He is the Founder and CEO of his own music record label Alapomeji Ancestral Record.

Dynamix Awards Artist Of The Year 2008

Hip Awards Revelation Of The Year 2008

9ice is married to his longtime girlfriend Olasunkanmi Ajala. They had their private wedding in 2019. The ceremony was strictly by invitation. However, 9ice had unsuccessful previous marriage s before settling down with his current wife.

How much is 9ice worth? 9ice net worth 2021 is estimated at around $1.7 million dollars which is approximately 705.7 million Naira. His main source of income is from his music career. However, 9ice have other private businesses he runs aside music. His success career has earned him some of the luxurious lifestyle and some of the fancy cars i.e Mercedes Benz, Toyota, and Lexus Sport.