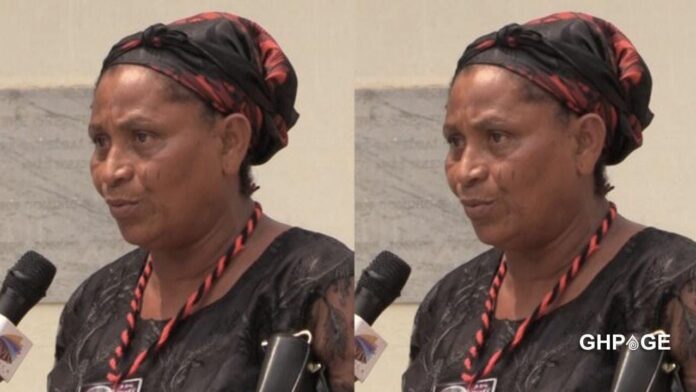 A woman age 55 identified as Abigail Rawlings has surfaced in the media space and has revealed she is the first daughter of the late president.

This comes as a surprise to many since her known first daughter is the Ezenator Rawlings and never has the former president made mention of having another daughter anywhere.

She further went on to say that veteran actress Grace Omaboe aka Maame Dokono was the one who gave her money to leave the country in 2003.

Watch the video of her narrative below