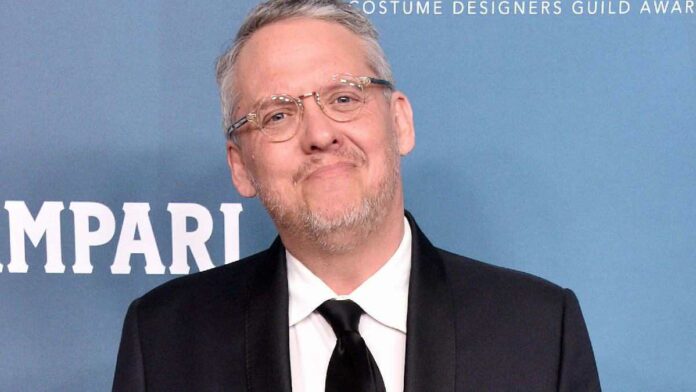 Adam McKay is an American film director, producer, screenwriter, and comedian. McKay began his career in the 1990s as a head writer for the NBC sketch comedy show Saturday Night Live (SNL) for two seasons and is the co-founder of the comedy group Upright Citizens Brigade. He rose to fame in the 2000s for his collaborations with comedian Will Ferrell and co-wrote his films Anchorman, Talladega Nights, and The Other Guys. Ferrell and McKay later co-wrote and co-produced numerous television series and films, and McKay produced their website Funny or Die through their company Gary Sanchez Productions.

Adam McKay was born on April 17, 1968 (age 53 years) in Denver, Colorado, United States. He is the son of Sarah Imperato and was raised in Worcester, Massachusetts, and then Malvern, Pennsylvania by his waitress mother, Sarah, and a musician father. When McKay was seven, his parents divorced. He attended Great Valley High School in Malvern, where he graduated in 1986. He then attended Pennsylvania State University for a year before transferring to Temple University, where he majored in English.

McKay dropped out of Temple a semester-and-a-half before he was set to earn his bachelor’s degree. He described it as “settling with an imaginary degree”. He is one of the founding members of the Upright Citizens Brigade improv comedy group and a former performer at Chicago’s ImprovOlympic, where he was a member of the improv group, The Family, whose members included Matt Besser, Ian Roberts, Neil Flynn, Miles Stroth, and Ali Farahnakian, as well as Child’s Play Touring Theatre.

While a member of the mainstage cast at Second City, he wrote and performed in that company’s landmark revue, Pinata Full of Bees. In several politically charged sketches, McKay played characters like Noam Chomsky as a substitute kindergarten teacher, and a hapless personnel manager trying to inform a corporate vice president (Scott Adsit) of some disastrous IQ test results without losing his own job. The latter performance was excerpted in Second City’s 40th-anniversary compilation.

Adam McKay originally auditioned for Saturday Night Live to be an onscreen performer but did not make the cut. However, the scripts he submitted earned him a job as a writer from 1995, and within a year McKay became a head writer at age 27, a position he held until 2001. He also directed a number of short films for the show, including the original SNL Digital Shorts. McKay encouraged his Second City friend Tina Fey to submit some of her scripts to Saturday Night Live, and she later succeeded him as head writer.

McKay was never an actual SNL cast member, he did make several on-camera appearances over the years and had a recurring role as an obnoxious audience member “Keith” who would often shout insults at the celebrity hosts during their opening monologue. Shortly after leaving Saturday Night Live, McKay teamed up with comedian Will Ferrell to form Gary Sanchez Productions and write the comedy films Anchorman: The Legend of Ron Burgundy (2004), Talladega Nights: The Ballad of Ricky Bobby (2006), Step Brothers (2008), and The Other Guys (2010), all of which he also directed, produced and made cameo appearances in as an actor. Ferrell and McKay co-produced the HBO series Eastbound & Down.

Check Out: Jennifer Lawrence net worth

He was one of the writers for the film The Campaign (2012) and produced the film Daddy’s Home (2015), the latter of which reunited The Other Guys stars Ferrell and Mark Wahlberg, and was directed by Sean Anders. McKay wrote the screenplay for and directed The Big Short (2015), the film adaptation of Michael Lewis’ book of the same name about the financial and subprime mortgage crisis of 2007-2008, and the build-up of the financial and credit bubble; the film starred Brad Pitt, Christian Bale, Ryan Gosling, Steve Carell, Melissa Leo, Marisa Tomei, and Byron Mann.

In addition to Eastbound & Down, McKay has produced the TV series Big Lake and Succession, whose pilot he directed, and the miniseries The Spoils of Babylon, and The Chris Gethard Show. However, in April 2019, McKay and Ferrell announced that they were separating as producing partners but would continue producing all projects currently in development or in production at Gary Sanchez Productions.

Among the other short films he has directed include The Procedure (2007) starring Will Ferrell, Willem Dafoe, and Andy Richter, Green Team (2008) starring Ferrell, John C. Reilly, and himself, and the K-Swiss commercial, Kenny Powers: The K-Swiss MFCEO (2011), starring Danny McBride as Kenny Powers from Eastbound & Down, which he co-produces with Ferrell and has also directed an episode of.

He directed and wrote the film adaptation of the Michael Lewis non-fiction book The Big Short, released in 2015. He received a nomination for the Academy Award for Best Director and the Academy Award for Best Adapted Screenplay for his work in the film, winning his first Academy Award in the latter category. In 2016, he and co-writer Charles Randolph received the USC Scripter Award for their screenplay. In 2016, he became attached to the superhero film Irredeemable based on the comic of the same name by Mark Waid.

In November 2016, Adam McKay began the development of the biographical black comedy Backseat, about former U.S. Vice President Dick Cheney and his rise to power, though the title was eventually changed to Vice. Starring Christian Bale as Cheney, the film was released in the United States on December 25, 2018, by Annapurna Pictures. Despite polarizing reviews, Vice received eight nominations at the 91st Academy Awards, including the Best Picture and McKay’s second nomination for Best Director, and won for Best Make-Up and Hairstyling.

Adam McKay’s most recent film is a Comedy-drama, Don’t Look Up, about two low-level scientists trying to convince the world that a catastrophic comet is coming. McKay wrote the script and produced the film for Netflix. Jennifer Lawrence, Leonardo DiCaprio, Jonah Hill, Meryl Streep, and Cate Blanchett star in the film. It received a limited theatrical release in December 2021, before streaming on Netflix later in the month. The film received four nominations at the 94th Academy Awards, including Best Picture.

Check Out: Meryl Streep net worth

McKay will work with Jennifer Lawrence for a biographical film titled Bad Blood which tells the story of entrepreneur Elizabeth Holmes, based on the book Bad Blood: Secrets and Lies in a Silicon Valley Startup. It is in development and will be produced by Legendary Pictures and released by Universal Pictures. Vanessa Taylor is writing the script. In December 2021, the project was picked up by Apple Studios, with McKay now writing.

In 2007, McKay and Ferrell launched the user-submitted comedy video site Funny or Die. A video on the site, titled The Landlord, features both him and his young daughter, Pearl, whom Ferrell and his wife bait to say curse words. Pearl also starred in a second video titled Good Cop, Baby Cop. However, from November 2015 until October 2016, McKay hosted the science/comedy podcast Surprisingly Awesome with Adam Davidson, produced by Gimlet Media.

Adam McKay additionally produced “Broken: Jeffrey Epstein” and “Broken: Seeking Justice,” a podcast series that explored the Jeffrey Epstein case. His next podcast project, Death at the Wing, investigated a series of deaths among high-profile young basketball players in the 1980s and 1990s. In February 2022, he appeared as a guest on Smartless, a comedic podcast hosted by Jason Bateman, Will Arnett and Sean Hayes.

Adam McKay first noticed shaking in his hands while performing with Second City at age 26. He was diagnosed with essential tremor in around 2000. The condition causes his body and voice to quiver. He conducts print interviews lying down and televised one in a special high-backed chair to accommodate his disability. McKay had a heart attack while filming the biopic Vice starring Christian Bale, whose character Dick Cheney has multiple heart attacks in the film. The director credits his awareness of the issue from researching the film with his quick response that got him to the hospital before there was any permanent damage.

Adam Mckay is married to Shira Piven, they had their wedding in 1999 in a private ceremony. His wife is a film and television director. They have two daughters, Lili Rose Mckay and Pearl Mckay. His brother-in-law is actor Jeremy Piven. McKay serves on the Creative Council of RepresentUs, a nonpartisan anti-corruption organization. He is a supporter of the Democratic Party and endorsed Bernie Sanders for President of the United States in 2016 and again in 2020. He identifies as a democratic socialist.

How much is Adam Mckay worth? Adam Mckay net worth is estimated at around $65 million. His main source of income is from his career as an actor, comedian, screenwriter, director, and producer. Mckay successful career has earned him some luxurious lifestyles and some fancy cars trips. He is one of the richest and most influential film directors in the United States. However, in 2022, he received Academy Award nominations for Best Picture and Best Original Screenplay for his latest work on the apocalyptic comedy film Don’t Look Up.

“Respect Hustler If You Are Fortunate In Life”— Ramsey Nuoah

Court Orders NIB to Pay over 300k to Ibrahim Mahama from...

20/01/2021
ABOUT US
Our Motive is to provide reliable, accurate and informative news to you. The Urban and Rural at heart ❤️
Contact us: [email protected]
FOLLOW US
© Apumone 2022 All Rights Reserved
Go to mobile version