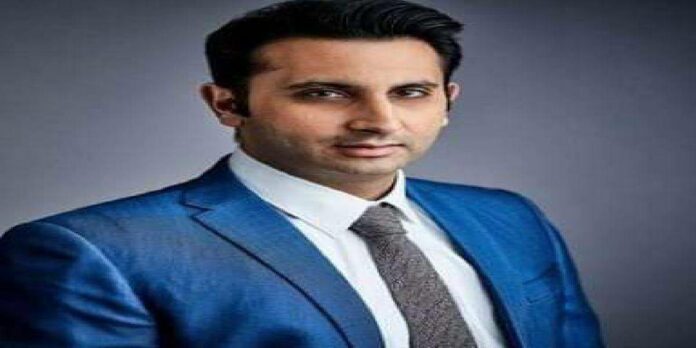 Adar Poonawalla is the chief executive officer (CEO) of Serum Institute of India. Founded in 1966 by his father, Cyrus Poonawalla, it is the world’s largest vaccine manufacturer by the number of doses produced.

His mother Villoo Poonawalla was known as a lover of horse racing and as a rider herself. However, she was also a very good sportswoman — a hockey player in her youth and one of the few of the fencers of the country. However, she passed away in 2016/

Adar Poonawalla was educated at The Bishop’s School (Pune) and at the St Edmund’s School Canterbury followed by the University of Westminster.

Poonawalla joined the Serum Institute of India in 2001 after graduating from university. Then exporting its products to 35 countries, Poonawalla concentrated on the company’s international market, new products license and getting pre-qualified by the World Health Organization for supply to United Nations Agencies including UNICEF and PAHO. As of 2015, he has helped the company export its products to over 140 countries; 85 per cent of its revenues are from overseas.

In 2011, he became the CEO. In 2012, he played a major role in the acquisition of Bilthoven Biologicals, a Netherlands-based government vaccine manufacturing company. Poonawalla is a board member of the GAVI Alliance, the global vaccine alliance.

He initiated and launched the 2014; Serum Institute’s oral polio vaccine, which became a bestseller for the company. It was reported that he planned to expand the product portfolio to include vaccines for dengue, flu and cervical cancer during the same year. Presently he is the CEO of Serum Institute of India.

On the 31st of May 2021, he was appointed as the chairman of Magma Fincorp, after acquiring a 66% stake in the financial services company.

In an interview with ‘The Times’, Poonawalla declared that he left India for London because of threats demanding COVID-19 vaccines. Adar Poonawalla also said that he will start Covid vaccine production outside India in addition to the ongoing production in India. He was provided with ‘Y’ category security by the Indian government as the threats were made public.

In 2016, he was listed by GQ Magazine and awarded Philanthropist of the year.

In 2017, he received Humanitarian Endeavour Award In Hall of Fame Awards 2017 and was also awarded as Indian of the Year in CSR Business Category on CNN-News18.

In 2020, Adar was included in a Fortune magazine’s ’40 Under 40′ listing in the healthcare category.

Check Out: Guatam Adani net worth

In 2021, Adar has been adjudged Entrepreneur of the Year by Economic Times for unparalleled contribution in fighting Covid-19 by successfully supplying huge quantities of Covishield in India and globally, a vaccine developed by Oxford-AstraZeneca and produced in India by Serum Institute.

Adar Poonawalla is married to his longtime girlfriend Natasha Poonawalla. They had their wedding in 2006. Adar and his wife have two children Darius and Cyrus. His family reside in London due to the high increase of threats regarding vaccines production in his home country India.

How much is Adar Poonawalla worth? Adar Poonawalla net worth is estimated at around $12.8 billion. He is one of the richest people in India ranked at number six. Adar’s successful career is an inspiration to many Indians even though coming from a wealthy family.