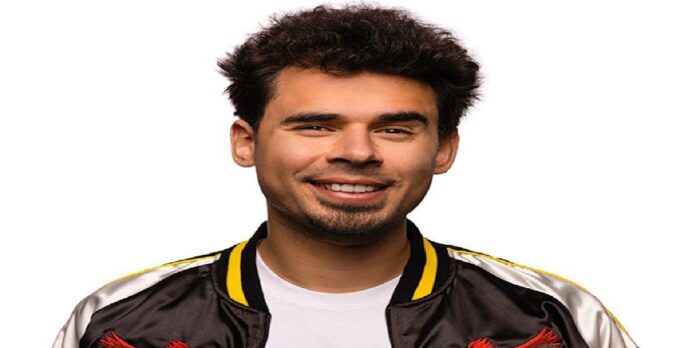 Afrojack is a Dutch DJ, record producer and remixer. In 2007, he founded the record label Wall Recordings; his debut album Forget the World was released in 2014. Afrojack regularly features as one of the ten best artists in the Top 100 DJs published by DJ Mag. He is also the CEO of LDH Europe.

Afrojack who real name is Nick Leonardus van de Wall was born on September 9, 1987 (age 34 years) in Spijkenisse, Netherlands. He is the son of a Dutch mother Debbie van de Wall and a Surinamese father. He developed an interest in music at an early age and learned to play the piano at the age of five. From a single-parent household, his mother Debbie owned a local gym. After leaving school, Van de Wall studied graphic design at the Grafisch Lyceum Rotterdam in Rotterdam for a year before embarking on a career as a DJ/producer.

Afrojack started DJing at local pubs and clubs and earning additional income by designing websites for fellow musicians, at the age of 14. In 2007, he released “In Your Face”, the first recording under the Afrojack name. He received international success with the song “Take Over Control” featuring Eva Simons, which charted in 10 different countries. He took part in Episode 2 of ‘Behind The Speedo’, which is a comedy series by Redfoo.

Afrojack created an Essential Mix for BBC Radio 1 in July 2021. He released the Lost & Found EP on 22 December 2010. In 2011, he was featured on Pitbull’s number 1 hit single “Give Me Everything” along with Ne-Yo and Nayer. He also contributed to the single “Run the World (Girls)” by Beyoncé.

In January 2012 Afrojack received a European Border Breakers Award. Afrojack’s newest single “The Spark” featuring Spree Wilson has so far hit number 3 in Australia and New Zealand, and top 10 in over 7 more countries. In 2013, Afrojack was the 7th highest-earning DJ in the world, according to Forbes magazine.

In 2011, Afrojack co-produced music with many artists including David Guetta, Mike Brown and Madonna. In 2012, he was a headliner at a number of electronic dance music festivals, including Tomorrowland, Ultra Music Festival, and Coachella.

His debut album, Forget the World, was released on 19 May 2014 to mixed reviews. On 17 March 2015, Afrojack was featured in David Guetta’s single “Hey Mama” in which he co-produced with Guetta. The song featured him along with Nicki Minaj, and Bebe Rexha. On 27 July 2017, he released the NLW EP under the alias NLW. This marked the launch of his new alias NLW under which he would go on to produce more underground style tracks.

In 2016, one of his songs, “Braver”, was featured on the game Final Fantasy XV. He appeared in the 2016 documentary film about American DJ and producer Steve Aoki, titled I’ll Sleep When I’m Dead, which was subsequently nominated for a Grammy Award.

On 14 February 2018, he released his track “Bed of Roses” featuring Stanaj, which was played as an ID during his set at Ultra Music Festival 2017 in Miami. In July 2018, at Tomorrowland in Boom, Belgium, he debuted many of his new tracks such as “Bassride”, “Step Back”, which are all included in his Press Play EP, released on 31 August 2018.

Afrojack announced in March 2020 that he would perform at the Eurovision Song Contest 2020, in Rotterdam alongside Glennis Grace, however, the contest was cancelled due to the COVID-19 pandemic. He performed at the contest the following year, in the same city.

Since 2007, Afrojack runs his own label, Wall Recordings, which represents producers including KIIDA, Apster, D-Wayne, D.O.D, Karim Mika, and others. The label used to operate as a sub-label to Spinnin’ Records until late January 2016. Tom & Jame’s Burn Down marked the last release of Wall Recordings as a sub-label. After going independent for a while, it became a sub-label to Armada Music in 2017, until it became independent again in 2019.

How much is Afrojack worth? Afrojack net worth is estimated at around $60 million. His main source of income is from his music career. Afrojack successful career has earned him some luxurious lifestyles and some fancy cars. He is one of the richest DJ’s in the world.