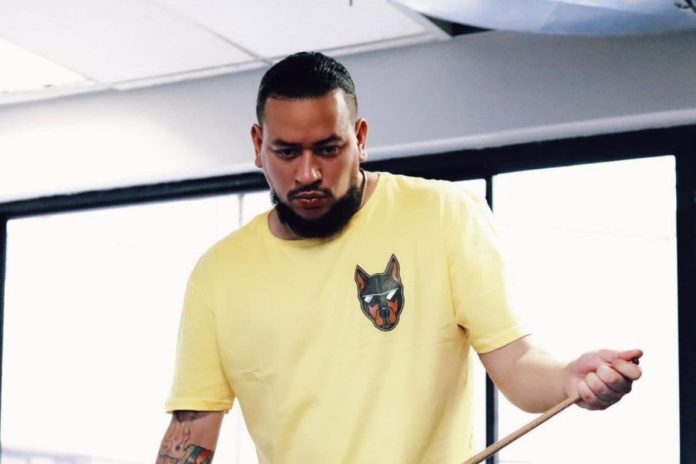 Rapper AKA net worth 2021: AKA is a South African rapper, singer, songwriter, record producer and entrepreneur who has a net worth of $12 mllion. He gained significance after releasing his single “Victory Lap” which was released from his debut album, Altar Ego in 2011.

AKA continued his success by releasing studio albums which include Levels (2014), Touch My Blood in 2018, and the collaborative album, Be Careful What You Wish For alongside Anatii in 2017.

In April 2018, Rapper AKA alongside vodka brand Cruz launched the watermelon-flavoured drink with his initial on the bottles. That same month, AKA was featured as a special guest on WWE Live events which were held in Johannesburg and Cape Town. As for 2019, he was the roastee for the Comedy Central Roast special.

AKA whose real name is Kiernan Jarryd Forbes was born on January 28, 1988 (age 33 years old) and raised in Cape Town, Western Cape of South Africa. AKA mother is Lynn Forbes a close friend of DJ Zinhle.

In 2002, AKA alongside his two friends Vice Versa and Greyhound, formed a hip hop group called Entity. The group received a nominee on the KORA Awards for the Best African Hip Hop category. Entity disbanded in 2006, leading Rapper AKA to go study sound engineering. In 2006, AKA co-founded the production collective The I.V League alongside two other members. The I.V League made production credits for artists including Khuli Chana, ProKid and JR. In 2009, he released three songs, which include “In My Walk”, “I Do” and “Mistakes”.

Read: Top 10 Richest People In South Africa and their net worth

On 28 July 2010, AKA released I Want It All, which is the lead single from his debut studio album, Altar Ego. The album also pre-released two singles which was “All I Know” and “Victory Lap”. “Victory Lap” was a success as it topped South African local radio charts. Alter Ego was then released on 23 August 2011. The album was certified gold by RiSA for its commercial success. The album won several accolades notably being for the 2011 Metro FM Awards winning for Best Hip Hop Album, and the 2012 South African Music Awards for Best Male Artist of the Year.

Rapper AKA released his second album, Levels on 30 June 2014. The album was supported by four singles: “Jealousy”, “Kontrol” (featuring Da L.E.S), “Congratulate” and “Run Jozi (Godly)” which features KO and Yanga. The album was certified platinum as for 2014, and double platinum for 2018 by RiSA.

On 2 December 2016, AKA released the lead single “The World is Yours” from his future third album. With delay of its release, Forbes ventured with associated act Anatii in composing a collaborative album, Be Careful What You Wish For. Be Careful What You Wish For was released on 28 July 2017, with positive response from critics. It was supported by three singles: “10 Fingers”, “Don’t Forget To Pray” and “Holy Mountain”.

With the pre-release of “The World is Yours” in 2016, AKA also pre-released songs including “Caiphus Song”, “Star Signs” (featuring Stogie T) and “Sweet Fire” in supporting the release of his third album, Touch My Blood. Concerning the album’s front cover, Forbes took to Twitter announcing a contention for graphic designers in designing the artwork for his album, using his clear face portrait. As numerous entries were sent, AKA chose the winner named Taonga, who received an internship with Beam Group. Before fifteen days of its release, he released the controversial single “Beyonce” which was a dismissive song dedicated to his past partner Bonang Matheba.

Touch My Blood was then released on 15 June 2018 as it was set to release on 25 May 2018 but then delayed for taking time in building its promotion. The album was certified platinum then later certified double platinum by RiSA as for 2019. Touch My Blood sixth single “Fela in Versace” featuring Kiddominant received higher commercial success compared to the other singles. The album features guest appearances from fellow South African artists including L-Tido, JR, Yanga Chief, Stogie T, Kwesta & Okmalumkoolkat, as well as a sole international appearance by Nigerian artist and producer Kiddominant.

On 8 April 2019, AKA was featured on a WWE live event in Cape Town and Johannesburg, South Africa. In February 2019, he was the featured roastee in Comedy Central SA annual roast special. Read: Cassper Nyovest net worth and Life Story

AKA began dating producer DJ Zinhle at the end of 2014 After receiving several South African Hip Hop Awards accolades, Zinhle hinted at their relationship by tweeting “Congratulations to my winner”. The couple have a daughter named Kairo Olwethu Forbes, born on 8 July 2015. In August 2015, AKA and Zinhle split after it was revealed that AKA allegedly cheated on DJ Zinhle with television presenter Bonang Matheba. As AKA and Matheba denied the allegations, they declared as they revealed their relationship in 2016. AKA and Matheba broke up in December 2017. However, AKA and Zinhle got back together in late 2018, although later in 2019 they broke up again.

On 21 February 2021, AKA posted a picture on Instagram announcing his engagement to girlfriend Nelli Tembe. On 11 April 2021, Tembe died after she fell from a hotel in Cape Town.

Aka net worth is estimated to be around $12 million, equivalent to R171 million South African Rand. His major source of income is generated from music career and entrepreneurship ventures. AKA is one of the richest rappers in South Africa and the Africa continent. AKA owns some of the expensive cars in South Africa the likes of Mercedes-benz, BMW X Series, Ferrari.