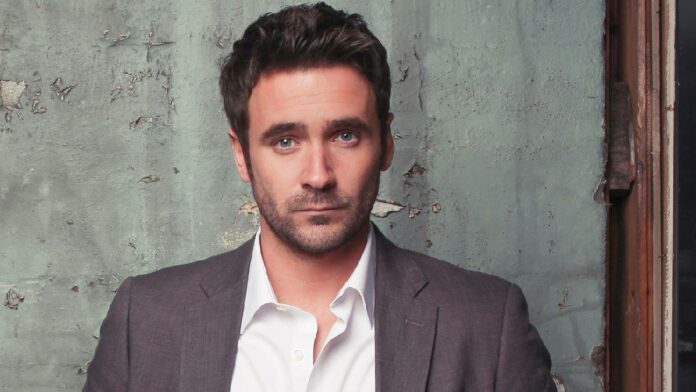 Allan Hawco is a Canadian writer, actor and producer born in Bell Island, Newfoundland. He is best known for his roles in the series Tom Clancy’s Jack Ryan, Republic of Doyle and The Book of Negroes, and the television limited series Caught.

Allan Hawco was born on July 28, 1977 (age 44 years) in Bell Island, Newfoundland and Labrador, Canada. He is the youngest of four children and moved to Goulds at a young age. His father Michael Hawco worked on the Bell Island Ferry, and his mother Mary was an elementary school teacher and former nun.

Hawco studied business at the Memorial University of Newfoundland but dropped out in favour of the National Theatre School of Canada. One of his brothers is a composer and has composed for the Republic of Doyle, while his father has also worked on the show and his mother has appeared as a background performer. Hawco is the youngest of four, also having two older sisters.

Allan Hawco’s first role was in the Shakespeare by the Sea production of Macbeth, which was directed by Aiden Flynn. From there, director Danielle Irvine encouraged the young actor to audition for the National Theatre School where he was one of 13 selected from thousands of applicants that year.

Hawco worked in many of the major theatres in Canada after graduation from the National Theatre School of Canada in 2000. In 2005, motivated by the want for greater creative control, he started his own production company the Company Theatre with Philip Riccio. The company’s inaugural production, A Whistle in the Dark, brought Hawco critical acclaim. Their 2009 production of Festen won him three Dora Awards, including Outstanding Production of a Play.

His earlier movie roles include Canadian productions such as Making Love in Saint Pierre, Above and Beyond, and Love and Savagery, the latest of which won him an ACTRA nomination for Outstanding Male Performance. Hawco’s career took off with the launch of his own TV series Republic of Doyle, which premiered in 2010.

Allan Hawco is co-creator with Perry Chafe and Malcolm MacRury, executive producer, lead actor, head writer as well as show’s showrunner. The show has been sold to over 90 countries and maintained over a million viewers a week on CBC television in Canada.

Hawco was nominated in 2010 for the ACTRA Toronto Award for Outstanding Performance – Male for his performance in Love and Savagery. He was also nominated that year for two Gemini Awards, Best Performance by an Actor in a Continuing Leading Dramatic Role and Best Dramatic Series for his work as an actor, co-creator, writer and executive producer of the Republic of Doyle.

In 2011, Hawco was the recipient of the National Theatre School’s prestigious Gascon-Thomas Award. Also in 2011, Hawco was presented with the Canadian Film and Television Hall of Fame’s Outstanding Achievement Award. However, in 2016 Hawco’s production company in Newfoundland produced the Netflix original series: Frontier, starring Jason Momoa. Hawco also stars in the series as well as functions as an executive producer on the show.

Allan Hawco served as executive producer, writer/showrunner and starred in the CBC adaptation of Lisa Moore’s novel Caught in 2018. The series received a number of CSA nominations including the best series and the best actor nod for Hawco. Caught’s other screenwriters include Hawco’s writing partner Perry Chafe, John Kirzanc, Julia Cohan and Adriana Maggs. Caught is distributed by eOne entertainment, and eOne exec Tecca Crosby was the inspiration behind the making of the limited series according to interviews with Hawco on the topic.

Allan Hawco is married to Carolyn Stokes, they had their wedding in 2012 in the midst of working on the Republic of Doyle. His wife Carolyn Stokes is a reporter with CBC Newfoundland and Labrador, and frequently cohosts Here & Now.

How much is Allan Hawco worth? Allan Hawco net worth is estimated at around $12 million. His main source of income is from his career as a writer, actor and producer. Hawco successful career has earned him some luxurious lifestyles and some fancy cars trips. He is one of the richest and influential actors in Canada.

Lady narrates how she got pregnant while using birth control pills