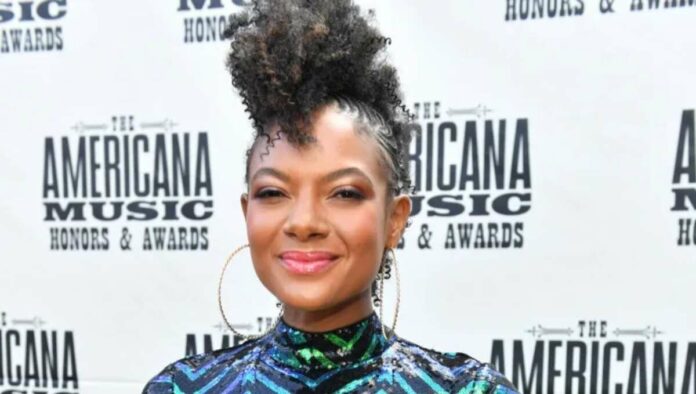 Read about Allison Russell net worth, age, husband, children, height, family, parents, salary and tv shows as well as other information you need to know.

Allison Russell is a Canadian singer-songwriter, musician and activist. Prior to her solo music career, Russell performed as a member of various music groups including Po’ Girl, Birds of Chicago, Our Native Daughters and Sisters of the Strawberry Moon. She released her first solo album, Outside Child, in 2021. The album was nominated for a 2022 Grammy Award in the Best Americana Album category, and the single “Nightflyer” was nominated for both the Best American Roots Performance (Russell) and Best American Roots Song (Russell and Jeremy Lindsay, co-writers). In addition to her three Grammy nominations, Russell has been nominated for four Canadian Folk Music Awards, and two Juno Awards and has been named to the long list for the Polaris Music Prize.

Allison Russell was born in 1982 (age 41 years) in Montreal to a Grenadian father and a Scottish-Canadian teenage single mother. Her mother struggled with postpartum depression and schizophrenia, and Russell was initially placed in foster care. Her mother regained custody of her after marrying a white supremacist American expatriate. From the ages of 5 to 15, she was physically and sexually abused by her adoptive father. At the age of 15, Russell ran away from home, eventually moving to Vancouver in 1998. She attended Dawson College.

Check Out: Nathaniel Rateliff net worth

Russell formed the music group Birds of Chicago with JT Nero in 2012. As part of Birds of Chicago, Russell released three studio albums, Birds of Chicago (2012), Real Midnight (2016) and Love in Wartime (2018). With the group, she also released a live album, Live from Space, and an EP titled American Flowers in 2018. In 2018, Russell joined the musical collective Our Native Daughters alongside fellow musicians Rhiannon Giddens, Leyla McCalla, and Amythyst Kiah. In 2019, the group released the album Songs of Our Native Daughters under the Smithsonian Folkways label.

She was also featured alongside the rest of the group in a Smithsonian Channel documentary titled Reclaiming History: Our Native Daughters. As a single, Russell released covers of the songs “By Your Side” by Sade and “Landslide” by Fleetwood Mac in January 2021. She also released a cover of “Everything I Wanted” by Billie Eilish as a single in February 2021. In March 2021, Russell released “Nightflyer” as the first single from her album Outside Child. She followed this up with the single “Persephone,” released in April of the same year. She also released the singles “Montreal” and “The Runner” ahead of the album’s full release.

On May 21, 2021, Allison Russell released her first solo album Outside Child under Fantasy Records. The album explores her experiences during her youth, including her recovery from the trauma of her childhood abuse. For her work on the album, Russell was nominated for multiple awards, including four Canadian Folk Music Awards, the long list for the Polaris Music Prize, and a nomination for Emerging Act of the Year at the 2021 Americana Honors & Awards. She was nominated for this award both as a solo artist and in the duo/group category as a member of Our Native Daughters.

Allison Russell performed her song “Nightflyer” with guests Brandi Carlile and Brittney Spencer on an episode of Jimmy Kimmel Live! aired on May 25, 2021. On May 28, 2021, Russell made her debut at the Grand Ole Opry. In the same year, she also performed at the Country Music Hall of Fame. She performed several songs from Outside Child live on CBS This Morning Saturday on July 24, 2021.

On September 25, 2021, Russell performed at the annual Farm Aid event in Hartford, Connecticut. In November 2021, Russell received three Grammy nominations (Best American Roots Performance; Best American Roots Song; Best Americana Album). A month later, she was one of several artists to perform with the Black Opry, a revue focused on black artists in country music. On August 18, 2022, she and Brandi Carlile released a re-imagining of “You’re Not Alone” which previously appeared on the Songs of Our Native Daughters album.

Check Out: Margo Price net worth

Allison Russell identifies as queer and stated in an interview that “I fall in the middle of the spectrum of orientation. I’ve been in love with women and I’ve been in love with men and I’ve been in love with trans people and I’ve been in love with non-binary people. I wound up falling in love and committing to share a life with a man, my husband. One could assume that I’m straight, but I am not and especially in this time of increased polarization and bigotry, it is really important that people understand that nothing is black and white. Nothing is simple and you can’t assume that because I am married to a man and I have a child that I am a straight person. You can’t say homophobic things to me and have it pass. Part of me wanted to really acknowledge that publicly”. She stated that “Persephone”, a song from her debut album, was written about her first love, a woman she met during her teenage years.

Allison Russell married to husband JT Nero, they had their wedding in 2013. Her husband is a singer, songwriter, poet, producer and her Birds of Chicago bandmate. Her husband’s real name is Jeremy Lindsay with the stage name JT Nero. The couples were close friends and housemates. Russell gave birth to their daughter, Ida, in 2014. As of early 2023, Allison Russell and her husband JT Nero are still married and living a happy life with their children.

How much is Allison Russell worth? Allison Russell net worth is estimated at around $3 million. Her main source of income is from her primary work as a singer, songwriter and producer. Allison Russell’s salary per month and other career earnings are over $500,000 dollars annually. Her remarkable achievements have earned her some luxurious lifestyles and some fancy car trips. She is one of the richest and most influential singers in the United States. She stands at an appealing height of 1.71m and has a good body weight which suits her personality.