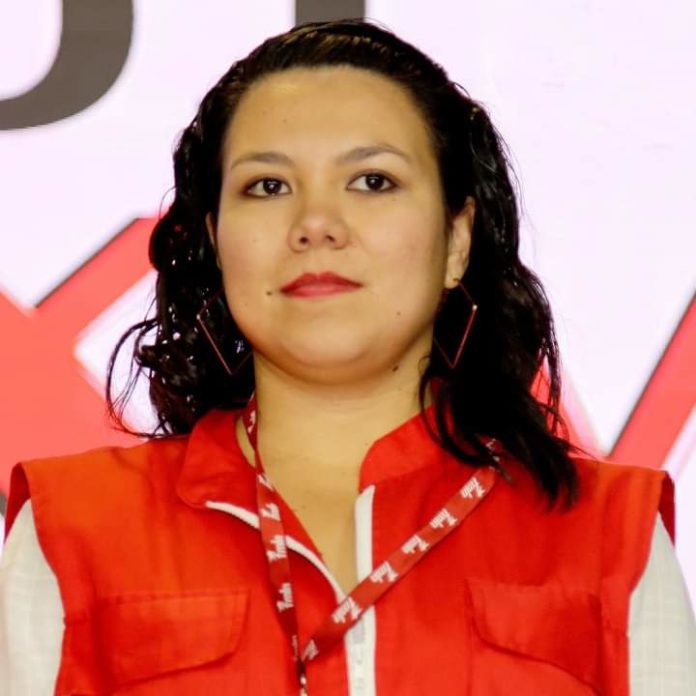 Who is Anabel Belloso? Anabel Belloso is a young Salvadoran left-wing deputy. She serves at the department of San Salvador, She is a member of the National Council and Political Commission of the Farabundo Martí National Liberation Front (FMLN) party.

Anabel Belloso was born on February 20, 1987(age 34 years) in El Salvador. She has a Bachelor Degree in Business Administration from El Salvador University and a Post graduate Master’s in Business Consulting Professional information.

Anabel Belloso began her political career when in 2015 she was elected as a substitute deputy for the owner deputy, Karina Sosa, by the department of San Salvador by the FMLN party for the legislative period 2015-2015;  However, due to the Sentence decreed by the Constitutional Chamber of the Supreme Court of Justice under the process reference 35-2015, his election was declared unconstitutional along with the rest of the 84 alternate deputies.

However, in 2017, Belloso registered to participate as a deputy owner for the department of San Salvador for the FMLN, for the legislative period from May 1, 2018 to April 31, 2021. In the internal elections held by the FMLN, it was in the eleventh position; In the election carried out by the Supreme Electoral Tribunal on March 4, 2018, it was placed in the third position, obtaining 26,627 marks in its favor.

In the Legislative Assembly, she was elected, by her own colleagues, as a member of the Headquarters of the FMLN Parliamentary Group and participates in the Finance and Special Budget Commission; and, in the Electoral and Constitutional Reform Commission.

It also participates as a member of the following special commissions: 1. Ad-hoc to study comprehensive reforms to the pension system; and, 2. To investigate the placement of titles and loans in the national and international markets by the Salvadoran State, as well as the use of said resources and of any others obtained from loans, donations or redirected from the General Budget, within the framework of the COVID-19 pandemic.