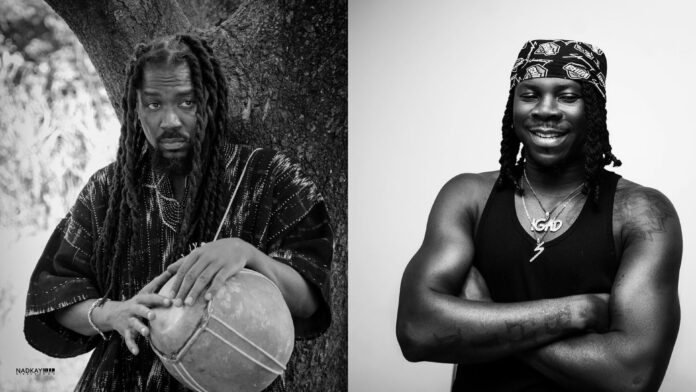 There’s an ongoing friction on twitter between Samini and hisbone time “son” Stonebwoy over Wizkid and Burna Boy winning at the Grammy’s held yesterday.

Stonebwoy took to twitter to congratulate the duo from Nigeria but then took a jab at his home country Ghana.

Samini in return retweet Stonebwoy’s tweet and said if only Stonebwoy and co could respect legends like him, Ghana’s music will go far because Nigeria buzzing artistes do not disrespect 2face Idibia and co like the manner Stonebwoy and others disrespect him Samini.

With All Due Respect Let All other African Nations Give It Up For Nigeria 🇳🇬
For their Constant efforts in Holding the Mantle for Africa when it comes to entertainment On The Global Scene. Congrats for holding it down at the Grammys..
As for Ghana 🇬🇭, smh I'll be back..

🇬🇭Ghana will be ok if we begin to keep it 💯 with each other as artists my gee .it starts from being honest and calling a spade a spade. Do you think they disrespect Idibia like you disrespect Samini?? #yearoftruth. before you give extra fake fans to Nigeria #checkyourself faker https://t.co/ULizGspvvr