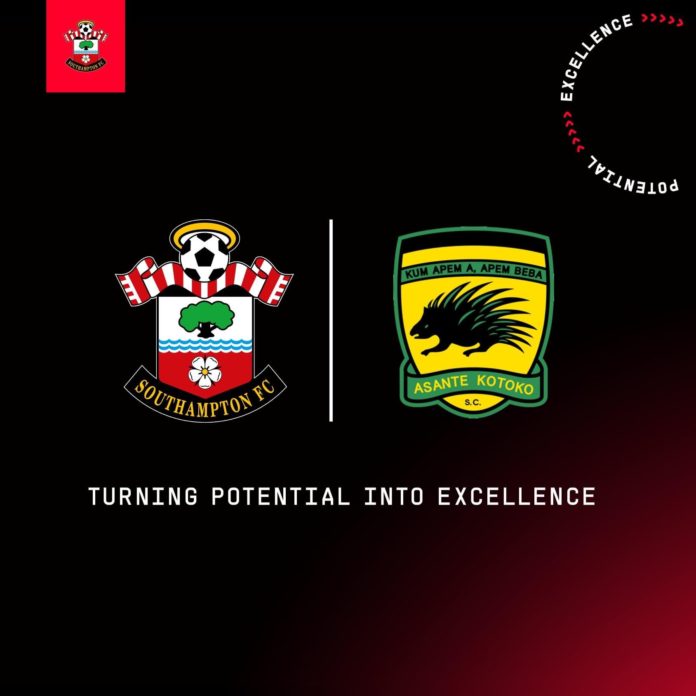 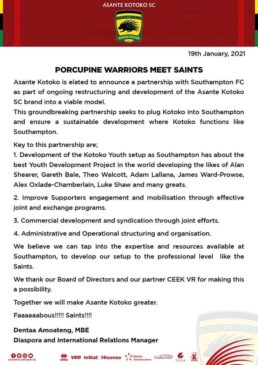 In an official release, the porcupine warriors stated this agreement is intended to;
1. Help commercial development and syndication through joint effort
2. Development of Kotoko youth team among others.
Even though the Kumasi based team got crashed out of the CAF champions league with defeat to Sudanese side Al Hilal, they seem to have picked some form in the domestic league as they sit 7th with 13 points from 8 games having a game in hand which could take them into the top 4.