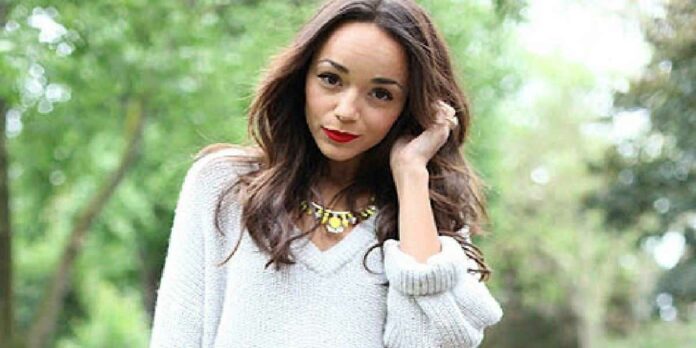 Ashley Madekwe is a British actress. She is well known for her roles as call girl Bambi in the ITV2 series Secret Diary of a Call Girl, social climber Ashley Davenport on the ABC drama series Revenge and the witch Tituba in the WGN America series Salem.

In 2021, Madekwe was nominated for the BAFTA Award for Best Actress in a Supporting Role for her role in County Lines.

Ashley Madekwe was born on December 6, 1983 (age 37 years) in South London, England into an interracial family. Her father is Nigerian and her mother is English. She grew up on a south London council estate and attended The Brit School at age 14.

She attended the Royal Academy of Dramatic Art in London where she gained a BA in acting. While attending the school, she appeared in numerous stage productions including King Henry V as Princess Katherine and Wuthering Heights as Catherine Earnshaw.

Ashley Madekwe started her acting career with a film titled Storm Damage. In 2005, shortly after graduating from the Royal Academy of Dramatic Art, she played ‘Jade’ in Shan Khan’s Prayer Room at Birmingham Repertory Theatre. Since then, she has made guest appearances on Teachers, Doctors, Casualty, and Drop Dead Gorgeous.

Madekwe landed her first motion picture in the 2007 Woody Allen film Cassandra’s Dream, opposite Colin Farrell and Ewan McGregor. Following that success, she played Elisha in the one-off BBC Three drama pilot West 10 LDN and appeared in six episodes of Trexx and Flipside as Ollie.

In 2008, she landed the role of Bambi on the ITV2 drama series Secret Diary of a Call Girl, appearing in series two and three. Madekwe starred in the 2008 comedy film How to Lose Friends & Alienate People. Her theatre credits include Little Sweet Thing by Roy Williams and Flight Path by David Watson.

Madekwe made her official US debut in the 2009 drama series The Beautiful Life, which only aired two episodes on The CW before being cancelled. In February 2011, she was cast as Ashley Davenport in the ABC drama series Revenge. After being a regular for the first two seasons, it was reported in late May 2013 that Madekwe would depart the series following a guest appearance in the first episode of the third season. She starred as Tituba in the television series Salem from 2014 to 2016.

Ashley Madekwe is married to her long-time boyfriend, Israeli actor Iddo Goldberg, they had their wedding in June 2012. They have worked together on Secret Diary of a Call Girl and he also had a role alongside her on the TV series Salem.

How much is Ashley Madekwe worth? Ashley Madekwe net worth is estimated at around $4 million. Her main source of income is from her acting career. Madekwe successful career has earned her some luxurious lifestyles and some fancy cars. She is one of the influential actresses in the United Kingdom.