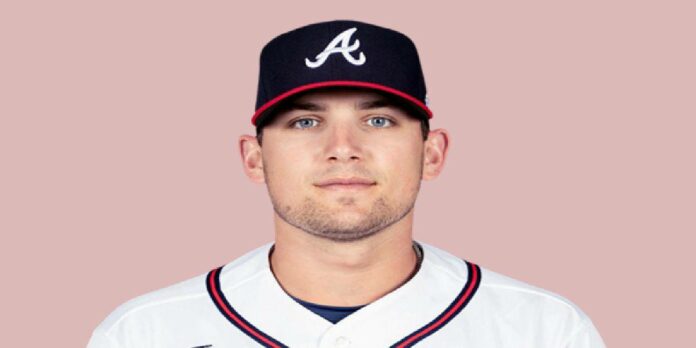 Austin Riley is an American professional baseball third baseman for the Atlanta Braves of Major League Baseball (MLB). Riley was drafted by the Braves in the first round of the 2015 MLB draft and made his MLB debut with them in 2019.

Michael Austin Riley was born on April 2, 1997 (age 24 years) in Memphis, Tennesse, United United. He is the eldest son of Mike Riley and Elisa Riley. Austin attended DeSoto Central High School, where he played baseball as a shortstop and pitcher. Riley was committed to playing for the Mississippi State Bulldogs baseball team until he was drafted by the Atlanta Braves in 2015.

Austin Riley was drafted by the Atlanta Braves in the first round, with the 41st overall selection, in the 2015 MLB draft out of DeSoto Central High School in Southaven, Mississippi. Though he was committed to the Mississippi State Bulldogs baseball team, Riley chose to sign with the Braves for $1.6 million.

Riley made his professional debut with the Gulf Coast Braves that season. After 30 games, he was promoted to the Danville Braves in the Appalachian League. Overall in 60 games, he batted .304/.389/.544 with 12 home runs over 217 at-bats.

Prior to starting the 2017 season with the Florida Fire Frogs, Riley spent some time in spring training with the Atlanta Braves. He was promoted to the Mississippi Braves in July. In 129 games between Florida and Mississippi, Riley hit .275/.339/.446 with 20 home runs and 74 RBIs and was assigned to the Peoria Javelinas of the Arizona Fall League at the end of the minor league regular season. Prior to the start of the 2018 season, Riley received an invitation to spring training.

On May 15, 2019, Austin Riley was called up to the Atlanta Braves prior to their game against the St. Louis Cardinals. Riley was promoted after Ender Inciarte was placed on the injured list. He made his major league debut that night and, in his second at-bat, hit a home run off Michael Wacha.

On May 29, 2019, Riley, despite a 14-4 blowout loss to the Nationals, hit his first career grand slam, marking his seventh home run in fourteen career games and bringing his RBI total to twenty. At the time, his seven home runs in fourteen games were the second most to begin a career, trailing only Trevor Story (Aristides Aquino has since passed them both with nine).

On June 1, he hit his eighth home run in 16 games, becoming the fourth player in major league baseball history to achieve this feat. He was also the fastest player in Braves franchise history to do so. Riley earned the NL Rookie of the Month Award for May 2019, despite only playing in 15 games.

August 8, 2019, Austin was placed on the 10 day IL due to a right knee sprain, retroactive to August 5. It was later revealed that Riley had a partial tear in his lateral collateral ligament that he sustained while working out. Riley began a rehab assignment on August 22 with the Rome Braves, and as of September 1 was continuing to rehab with the Gwinnett Stripers.

Check Out: Adam Duvall net worth

After beginning the 2021 season in a hitting slump that saw him go 8-for-44 with no extra-base hits, Riley made a significant change to the mental aspect of his at-bats, working with minor league hitting coach Mike Brumley to recognize where an off-speed pitch would land, and avoid swinging at the sliders that pitchers had used against him in prior years. After batting in the back half of the lineup through late May, Riley was promoted to the cleanup hitter, where he helped push the Braves back to the top of the NL East.

Austin Riley is married to his longtime girlfriend Anna Riley, they had their wedding on November 5, 2018. His wife Anna Riley was born on March 6, 1996 (age 25 years) in Tennessee. However, on October 16, 2021, Riley recorded his first career walk-off hit in Game 1 of the NLCS against the Los Angeles Dodgers, allowing Ozzie Albies to score and the Braves to win 3–2. In Game 6, Riley had 2 hits and 1 RBI to help the Braves close out the series.

How much is Austin Riley worth? Austin Riley net worth is estimated at around $4 million. His salary is around $550,000 and his main source of income is from his career as a baseball player. Austin Riley successful plays have earned him some luxurious lifestyles and some fancy cars. He is one of the promising stars in the National Baseball League.