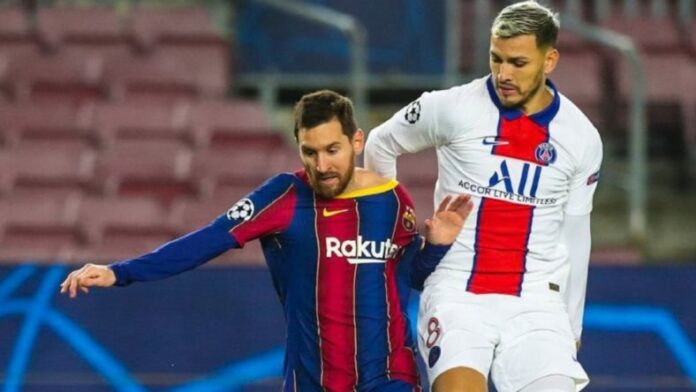 Lionel Messi has tied a Champions League record previously held by Real Madrid legend Raul by scoring in his 17th consecutive year in the competition. The Blaugrana legend opened the scoring from the spot against PSG in Tuesday’s last-16 first leg at Camp Nou.

The Barcelona legend scored from the spot in the 27th minute against PSG as the sides met at Camp Nou in the first leg of their last-16 tie on Tuesday.

The goal continued a remarkable run for Messi, who scored his first Champions League goal in 2005.

Raul scored his first Champions League goal in 1995 as a teenager with Real Madrid, and he would go on to score in every calendar year in the competition through 2011, when he was at Schalke.

With his goal on Tuesday, Messi has now also scored in 17 straight years after he, like Raul, opened his European account as a teenager with a Spanish giant.

Messi’s goal against PSG was also his 20th of the season in all competitions, marking the 13th straight season he has reached that mark.

Messi closes in on another record

With his start on Tuesday, Messi made his 760th career appearance for Barcelona in all competitions. The 33-year-old is closing in on Barcelona’s all-time leader in appearances, Xavi, who took in 767 games during his time at Camp Nou.

Messi made his 505th La Liga appearance for Barca at the weekend against Alaves, tying Xavi’s all-time mark in that department.

Though Messi achieved some personal feats on Tuesday the night belonged to Kylian Mbappe, who scored a hat-trick as PSG steamrolled Barca 4-1. Watch the Match Highlights below.