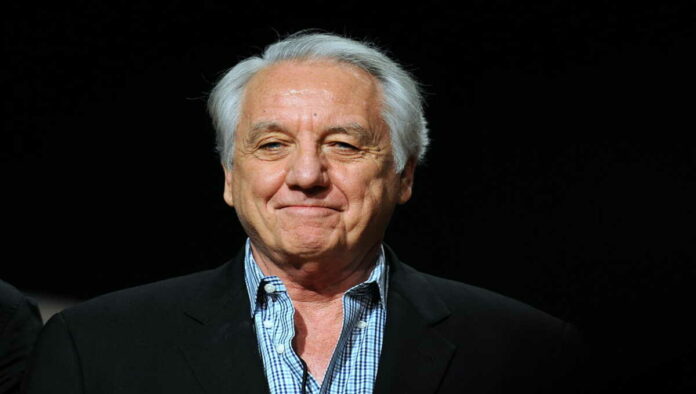 Bob Gunton is an American character actor on stage and screen. He is known for playing strict, authoritarian characters, including Warden Samuel Norton in the 1994 prison drama The Shawshank Redemption, Chief George Earle in 1993’s Demolition Man, Dr. Walcott, the domineering dean of Virginia Medical School in Patch Adams, and Secretary of State Cyrus Vance in Argo. He also played Leland Owlsley in the Daredevil television series, Secretary of Defense Ethan Kanin in 24, and Noah Taylor in Desperate Housewives.

Gunton is a prolific theatre actor in addition to his film and television career. He originated the role of Juan Perón in the Broadway premiere of Evita and the titular character in the 1989 revival of Sweeney Todd: The Demon Barber of Fleet Street, roles for which he received Tony Award nominations. He is the recipient of a Drama Desk Award, an Obie Award, and a Clarence Derwent Award.

Gunton served in the United States Army (1969–71) as a radio telephone operator with the 2nd Battalion, 501st Infantry Regiment of the 101st Airborne Division, and was at the Battle of Fire Support Base Ripcord during the 23-day siege. A lifelong devout Catholic Christian, Gunton had initially planned to become a priest.

He and a comrade were awarded the Bronze Star for returning to the base to retrieve important but forgotten, radios in the evacuation’s final moments so that they would not fall into the hands of the People’s Army of Vietnam forces that were about to capture the base. Due to this, he was one of the last people to evacuate the area. During the battle, he lost one of his dog tags, but it was returned to him over 40 years later in 2018.

Bob Gunton played the role of Juan Perón in the original 1980 Broadway production of Evita, earning a nomination for Tony Award for Best Featured Actor in a Musical for his performance. He had a supporting role in the 1985 HBO film Finnegan Begin Again starring Robert Preston and Mary Tyler Moore.

Gunton later starred in the title role of a 1989 Broadway revival of Sweeney Todd and received a second Tony nomination for his portrayal. Additional Broadway credits include Working, King of Hearts, The Music Women, How I Got That Story and Big River.

He portrayed President Richard Nixon in a recreation of the Watergate tapes incident for Nightline. He also played President Woodrow Wilson in the film Iron Jawed Angels (2004).

He is also known for his guest starring role as Capt. Benjamin Maxwell in the well-received 1991 Star Trek: The Next Generation episode “The Wounded”. Gunton played Warden Samuel Norton, the head of Shawshank State Prison and the primary antagonist in The Shawshank Redemption (1994) opposite Tim Robbins. Gunton played Cecil Dobbs in the 2011 film The Lincoln Lawyer.

Bob Gunton also guest starred in the first season of Desperate Housewives and the sixth season of 24, where he portrayed United States Secretary of Defense Ethan Kanin. He signed on as a series regular afterward and reprised the role of Kanin but now as the Chief of Staff to the new president, Allison Taylor, in the show’s seventh season as well as the two-hour television prequel film, 24: Redemption.

Check Out: Meg Ryan net worth

He returned again for the eighth season but this time as the President’s Secretary of State. Gunton portrays Leland Owlsley in the 2015 TV series Daredevil. Gunton made a guest appearance on Law & Order: Special Victims Unit in January 2017. In 2021, Gunton was used as a body double for Harold Ramis’ character Egon Spengler in Ghostbusters: Afterlife.

Bob Gunton is married to Carey Pitts Gunton, they had their wedding in 2006. However, he was married to his first wife Annie McGreevey from 1980 to 2006. Bob Gunton has one child Olivia Gunton. His first wife is an actress, singer, writer, director, and teacher, with a career spanning over 40 years. She has been featured on Broadway and in London’s West End in some of the theater’s biggest hits, including Sweet Charity, Company, Sweeney Todd, and Annie. As of mid-2022, Bob Gunton and his wife Carey Pitts Gunton are still married.

How much is Bob Gunton worth? Bob Gunton net worth is estimated at around $4 million. His main source of income is from his career as an actor. Bob Gunton’s salary per month with other career earnings is over $1 million annually. His successful career has earned him some luxurious lifestyles and some fancy car trips. He is one of the richest and most influential actors in the United States. Gunton stands at an appealing height of 1.89m and has a good body weight which suits his personality.