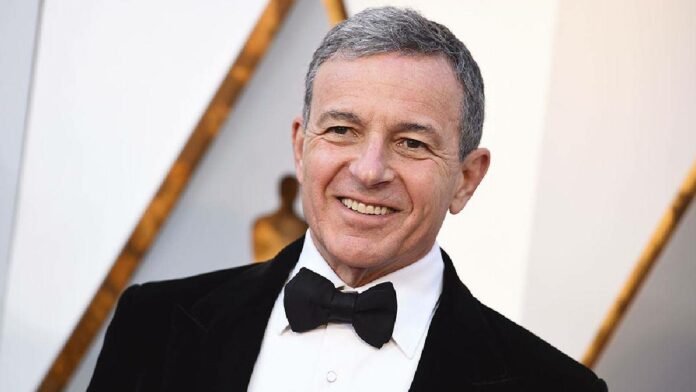 Bob Iger is an American businessman who served as the chief executive officer of The Walt Disney Company between 2005 and 2020, as well as the chairman of the Board and executive chairman. He previously served as the president of ABC Television between 1994 and 1995 and the president and chief operating officer of Capital Cities/ABC from 1995 until its acquisition by Disney in 1996.

Iger was named president and COO of Disney in 2000 and succeeded Michael Eisner as CEO in 2005. During his 15-year stewardship of the company, Iger broadened Disney’s roster of intellectual properties, expanded its presence in international markets, and oversaw an increase of the company’s market capitalization from $48 billion to $257 billion. He led the acquisitions of Pixar in 2006 for $7.4 billion, Marvel Entertainment in 2009 for $4 billion, Lucasfilm in 2012 for $4.06 billion, and the entertainment assets of 21st Century Fox in 2019 for $71.3 billion.

He also expanded the company’s theme park resorts in East Asia, with the introduction of Hong Kong Disneyland Resort and Shanghai Disney Resort in 2005 and 2016, respectively. Additionally, he was also the driving force behind the reinvigoration of Walt Disney Animation Studios, the branded-release strategy of its film studio’s output, and the company’s increased investment on its direct-to-consumer businesses, including Disney+ and Hulu. However, on February 25, 2020, Bob Chapek was named his successor as Disney CEO. Iger continued to serve as executive and board chairman until he was replaced by Susan Arnold on December 31, 2021.

Robert A. Iger was born on February 10, 1951 (age 71 years) in New York, United States. He is the son of a Jewish family who lived in New York City. Bob is the oldest son of Mimi Tunick and Arthur L. Iger (b. 1926). His father was a World War II Navy veteran who served as the executive vice president and general manager of the Greenvale Marketing Corporation, and was also a professor of advertising and public relations; he also played the trumpet and had the manic-depressive disorder.

Bob Iger began his media career in 1972 as the host of Campus Probe, an Ithaca College television show. He dreamed of becoming a news anchor while he worked as a weatherman in Ithaca for five months, before shifting his career goals. In 1974, Iger joined the American Broadcasting Company (ABC). His first job was performing menial labor on television sets for $150 a week (over $700, adjusted for inflation).

Iger served as the senior program executive for the Calgary Winter Olympics in 1988. The event was marred by disruptive weather and delayed events, and to fill the broadcast schedule Iger’s team focused on human interest stories such as those of the Jamaican bobsled team and Eddie the Eagle. The event achieved record high ratings for ABC, and Iger’s performance under pressure caught the attention of ABC executives Daniel Burke and Thomas Murphy, who subsequently championed Iger throughout his ascent at ABC.

Check Out: Bob Chapek net worth

In 1995, the Walt Disney Company purchased Capital Cities/ABC and renamed it ABC, Inc., where Iger remained president until 1999. On February 25, 1999, Disney named Bob Iger the President of Walt Disney International, the business unit that oversees Disney’s international operations, as well as chairman of the ABC Group, removing him from day-to-day authority at ABC. Disney called the change a promotion for Bob Iger.

Disney named Iger the president and chief operating officer (COO) on January 24, 2000, making him Disney’s No. 2 executive under Chairman and CEO, Michael Eisner. Disney had been without a separate president since Eisner assumed the role following the departure of Michael Ovitz in 1997, after sixteen months at Disney.

As a result of a successful effort by Roy E. Disney to shake up the management of the company, Disney began a search for the next CEO to replace Eisner. On March 13, 2005, Disney announced that Iger would succeed Michael Eisner as CEO, and Iger was placed in charge of day-to-day operations, though Eisner held the title of CEO until he resigned on September 30, 2005.

One of Iger’s first major decisions as CEO was to reassign Disney’s chief strategic officer, Peter Murphy, and disband the company’s Strategic Planning division. Prior to Iger being named CEO, board members Roy E. Disney and Stanley Gold began a campaign called “save Disney” against Eisner. In July 2005, Disney and Gold dropped the campaign and agreed to work with Bob Iger.

On January 24, 2006, under Iger’s leadership, Disney announced it would acquire Pixar for $7.4 billion in an all-stock transaction. In the same year, Iger also re-acquired the rights to Walt Disney’s first star, Oswald the Lucky Rabbit, from NBCUniversal by releasing sportscaster Al Michaels from ABC Sports to NBC Sports.

In 2006, Roy E. Disney issued this statement regarding Iger: Animation has always been the heart and soul of The Walt Disney Company, and it is wonderful to see Bob Iger and the company embrace that heritage by bringing outstanding animation talent of the Pixar team back into the fold. This clearly solidifies The Walt Disney Company’s position as the dominant leader in motion picture animation and we applaud and support Bob Iger’s vision.

Bob Iger spearheaded negotiations that led Disney to acquire Marvel Entertainment and its associated assets for $4 billion in August 2009. By 2014, Disney had recouped that amount at the box office through the Marvel movies. On October 7, 2011, Disney announced that Iger would become chairman of the board, following John Pepper’s retirement from the board in March 2012. On November 15, 2011, Apple, Inc., led by CEO Tim Cook, named Iger to its board of directors. Iger was responsible for making Steve Jobs Disney’s largest shareholder by its acquisition of Pixar.

Iger signed a deal in October 2012 with film producer George Lucas to purchase Lucasfilm for $4 billion following several months of negotiations. As a result, Disney acquired the rights to the Star Wars multimedia franchise and Indiana Jones. Following its release on December 18, 2015, Star Wars: The Force Awakens grossed over $2 billion at the box office. In March 2016, Iger announced that the $5.5 billion Shanghai Disney Resort would open its doors on June 16, 2016. In May 2016, Iger wrote in a Facebook post claiming that Disney has hired 11,000 new employees in the past decade at Disneyland, and 18,000 in the past decade. Iger specifically targeted Vermont Senator, Bernie Sanders, asking him how much he has contributed to job growth.

In November 2017, Variety reported that Bob Iger knew about a 2010 Oscar party where Pixar chief John Lasseter was seen “making out with a junior staffer”, seeming to confirm anonymous allegations that Lasseter’s inappropriate interactions with young women had been known to the company leadership since the 1990s. One anonymous source was quoted as saying, “I know personally that Bob was aware. Everybody was aware. They just didn’t do anything about it.”

Iger’s contract as Disney’s chairman and CEO was originally planned to run until June 30, 2018; however, in March 2017, Disney announced that it was extending Iger’s term to July 2, 2019, and said he would serve as a consultant for the following three years. In December 2017, Disney extended Iger’s contract through 2021. In July 2018, under Iger’s leadership, Disney and 21st Century Fox shareholders approved a deal to allow Disney to purchase Fox assets. The deal was finalized in March 2019.

In April 2019, it was announced that Bob Iger will depart from his position as CEO and chairman of Disney when his contract expires in 2021. Iger resigned from Apple’s board of directors on September 10, 2019, in order to avoid a conflict of interest as Disney and Apple prepared to launch competing streaming services Disney+ and Apple TV+.

In August 2019, Vanity Fair reported that actress Paz de la Huerta added Iger to her lawsuit against Harvey Weinstein over allegations of rape, claiming that he and previous CEO Michael Eisner “made a series of decisions that allowed a range of actions by Harvey Weinstein that unacceptably harmed certain employees”. Disney denied any knowledge of misconduct or settlements with victims during Weinstein’s run at Miramax from 1993 to 2005.

In September 2019, Iger released a memoir titled The Ride of a Lifetime which, in part, focuses on Iger’s years-long efforts to open Shanghai Disneyland Park; overall, he traveled to China 40 times over 18 years for the project.

Bob Iger announced his intention to retire in 2020. On February 25 that year, the board of directors named Bob Chapek – then-chairman of Disney Parks, Experiences and Products – the new chief executive, while appointing Iger executive chairman (an ad hoc post) to oversee the transition. In April however, the board unexpectedly extended Iger’s mandate until the end of 2021, so he could guide Chapek and the company’s senior management through the early COVID-19 pandemic.

Iger stepped down completely on December 31, 2021, and was succeeded by Susan Arnold as chair of the board. In October 2020, he became a director of massively funded dairy replacement startup Perfect Day. Iger joined the board of Genies, Inc. in March 2022.

In June 2012, Steven Spielberg, noted director and founder of the USC Shoah Foundation Institute for Visual History and Education, presented Bob Iger with the Ambassador for Humanity Award. Iger was recognized for his support of the institute’s work, his longtime philanthropy, and his leadership role in corporate citizenship. Iger was presented with The Milestone Award from the Producers Guild of America (PGA) in 2014. The award is the PGA’s highest recognition for an individual or team who has made contributions to entertainment.

Bob Iger was named to the 25th Annual Broadcasting & Cable Hall of Fame in May 2015. In October 2015, the Toy Industry Association (TIA) inducted Iger into the Toy Industry Hall of Fame. He was selected by members of TIA in recognition of his contributions to the industry, and the impact his work has had on the lives of children worldwide.

Iger has described himself as a political centrist, while he has publicly identified with the Democratic Party. Iger co-chaired a fundraiser for Hillary Clinton’s presidential campaign on August 22, 2016. He was named to President-elect Trump’s Strategic and Policy Forum on December 2, 2016. He resigned from the Forum on June 1, 2017, out of protest after President Trump withdrew the United States from the Paris Climate Agreement. In 2016, Iger switched his party registration from Democratic to independent (no party affiliation).

Iger seriously considered running for president as a Democrat in the 2020 election, however ultimately decided against running. In a 2022 interview, Iger described his decision not to run as influenced by a combination of factors, including his family’s resistance to the idea, his belief that a moderate businessman would be an unpopular candidate within the party and the fact that Disney was acquiring 20th Century Fox around the same time.

Bob Iger is currently married to Willow Bay, they had their wedding in 1995. His second wife is a journalist in an interfaith Jewish and Roman Catholic service in Bridgehampton, New York. They have two children: Robert Maxwell “Max” Iger (born 1998) and William Iger (born 2002). However, He married to his first wife Kathleen Susan Iger but ended in divorce. They had two daughters together, Kate Iger and Amanda Iger. Bob has been noted for his kindness by David Geffen, who said: “I have never heard one person say a bad thing about him and I have never seen him be mean”.

How much is Bob Iger worth? Bob Iger net worth is estimated at around $750 million. His main source of income is from his career as a businessman. Iger successful career has earned him some luxurious lifestyles and some fancy cars trips. He is one of the richest and influential people in the United States. However, In December 2019, Bob Iger was named by Time as their Businessperson of the Year. In 2020, he was inducted into the Television Hall of Fame. In January 2021, Iger donated $5 million to aid small businesses struggling because of the coronavirus pandemic.

“I am about to Post Your Partners”— Salma Mumin to her...

14/02/2021
ABOUT US
Our Motive is to provide reliable, accurate and informative news to you. The Urban and Rural at heart ❤️
Contact us: [email protected]
FOLLOW US
© Apumone 2022 All Rights Reserved
Go to mobile version