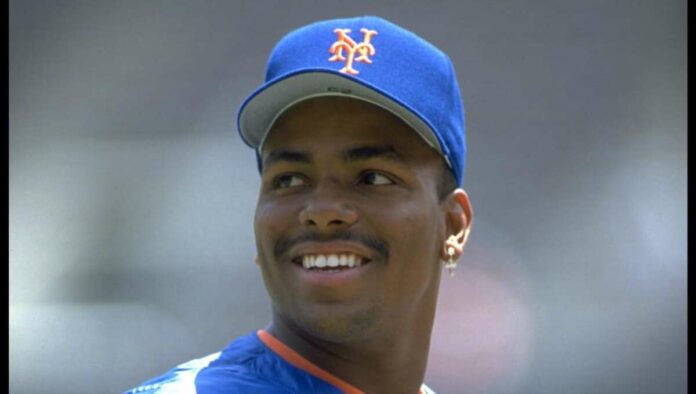 Bobby Bonilla is an American former baseball player in Major League Baseball who played in the major leagues from 1986 to 2001. Bonilla was one of the Major League’s best batters and overall top players in the late 1980s and early 1990s with powerful hitting strength, as well as a part of the highly successful and pennant contending Pittsburgh Pirates organization around the same time.

Bonilla recorded impressive statistics in home runs, RBIs, doubles, extra-base hits, Wins Above Replacement averages, as well as four All-Star selections, three Silver Slugger Awards and was a top candidate for the National League’s Most Valuable Player award during his tenure with the Pirates. He led the league in extra-base hits (78) during the 1990 MLB season and doubles (44) during the 1991 MLB season.

He signed with the New York Mets during the 1991-92 offseason to an astronomical contract that earned him the distinction of being the highest-paid player in the league at the time, earning more than $6 million per year. However, he struggled to live up to expectations with the Mets (which made the contract the subject of much criticism) and throughout the rest of his career, despite a brief rebound where he earned two additional All-Star appearances and helped the Florida Marlins win the 1997 World Series.

Roberto Martin Antonio Bonilla was born on February 23, 1963 (age 59 years) in Bronx, New York, United States. He is the son of Regina Bonilla and Roberto Bonilla Sr. He had his lower and higher education at Herbert H. Lehman High School and New York Institute of Technology where he graduated with a degree in computer science. Through his 16 years in professional baseball, Bonilla accumulated a .279 batting average, with a .358 on-base percentage and a .472 slugging percentage.

Bobby Bonilla played baseball at Herbert H. Lehman High School in the Bronx and graduated in 1981. He was not selected in the 1981 Major League Baseball draft and spent a semester at the New York Institute of Technology in Old Westbury, New York pursuing a degree in computer science. He was signed by the Pittsburgh Pirates after being spotted by scout Syd Thrift at a baseball camp in Europe.

Check Out: Aaron Boone net worth

Bobby Bonilla’s rise through the Pirates’ farm system came to a halt during spring training in 1985 when he broke his right leg in a collision with teammate Bip Roberts. The Chicago White Sox then acquired him through the Rule 5 draft during the 1985–86 offseason, and Bonilla made his major league debut with the White Sox at the start of the 1986 season. Thrift, then the Pirates’ general manager, reacquired the unhappy Bonilla in exchange for pitcher José DeLeón later that year. Bonilla also played from 1984 to 1988 with the Mayagüez Indians of the Puerto Rican Winter League.

He became the Pirates’ starting third baseman in 1987, but after committing 67 errors over his next two seasons, manager Jim Leyland moved him to right field. There he formed a formidable combination alongside stars Barry Bonds and Andy Van Slyke and helped propel the Pittsburgh Pirates to two of their three straight National League East Division titles from 1990 to 1992.

Bobby Bonilla became the highest-paid player in the National League from 1992 to 1994 when he signed a 5-year, $29 million contract (equivalent to $56 million today) with the New York Mets on December 2, 1991. The $6.1 million he received in 1992 was a record for a single season by a margin of $2.3 million. However, his offensive production diminished somewhat, finishing with a .278 batting average, 91 home runs, and 277 runs batted in during his three-and-a-half-year tenure with the Mets. Despite this, Bonilla ended up participating in two more All-Star Games (1993 and 1995) and hit a career-high 34 home runs in 1993.

Bonilla’s time with the Mets was marked by a contentious relationship with New York baseball media. In his introductory press conference after signing with the organization, he challenged them by stating, “I know you all are gonna try, but you’re not gonna be able to wipe the smile off my face.” On another occasion, he called the press box during a game to complain about an error that he was charged with.

Bobby Bonilla was acquired along with a player to be named later (Jimmy Williams on August 16) by the Baltimore Orioles from the Mets in exchange for Damon Buford and Alex Ochoa on July 28, 1995, and helped the Orioles to the American League Championship Series in 1996.

Bonilla was once again granted free agency following the 1996 season and signed with the Florida Marlins, reuniting with his old manager, Jim Leyland, where he helped the Marlins win the 1997 World Series. He returned to the Marlins for the 1998 season and batted .278 through 18 games.

Check Out: Brian Snitker net worth

On May 14, 1998, Bonilla was traded to the Los Angeles Dodgers, along with Manuel Barrios, Jim Eisenreich, Charles Johnson, and Gary Sheffield, in exchange for Mike Piazza and Todd Zeile. Bonilla spent the rest of the 1998 season with the Dodgers, batting .237, with seven home runs and 30 runs batted in.

In November 1998, the New York Mets reacquired Bobby Bonilla from the Los Angeles Dodgers in exchange for Mel Rojas. Again, his level of play did not measure up to expectations and he had numerous clashes with manager Bobby Valentine over lack of playing time. His tenure in New York culminated in an incident during the sixth game of the 1999 NLCS during which the Mets were eliminated by the Braves in 11 innings while Bonilla reportedly sat in the clubhouse playing cards with his teammate Rickey Henderson.

Why Bobby Bonilla is still getting paid on July 1st

After Bobby Bonilla’s subpar 1999 season, the Mets released Bobby Bonilla, but still owed him $5.9 million. Bonilla and his agent offered the Mets a deal: Bonilla would defer payment for a decade, and the Mets would pay him an annual paycheck of $1.19 million starting in 2011 and ending in 2035, adding up to a total payout of $29.8 million. Some fans refer to these payments on July 1 as “Bobby Bonilla Day”.

New York Mets owner Fred Wilpon accepted the deal mostly because he was heavily invested with Ponzi scheme operator Bernie Madoff, and the 10 percent returns he thought he was getting on his investments with Madoff outweighed the eight percent interest the Mets would be paying on Bonilla’s initial $5.9 million. As a result, the payout was a subject of inquiry during the Madoff investment scandal investigation when it came to light in 2008. Bonilla also has a second deferred-contract plan with the Mets and Baltimore Orioles that was initiated in 2004 and pays him $500,000 a year for 25 years.

Bobby Bonilla signed with the Braves in 2000 and played a mostly uneventful 114 games for them. He achieved his highest batting average (.255) since the 1997 season, although he hit only five home runs, a far cry from his career-high of 34. However, in 2001, he was signed by the St. Louis Cardinals, but injuries reduced his playing time.

Bobby Bonilla played his final game on October 7, 2001, and finished the season with a .213 average, 37 hits, five home runs, and 21 runs batted in. He retired after the season finished citing “injuries and reduced playing time” as the main reason for his decision. Overall, Bonilla finished his career with one championship, six All-Star appearances, 2,010 hits, 287 home runs, 1,173 runs batted in, and a career .279 batting average.

How much is Bobby Bonilla worth? Bobby Bonilla net worth is estimated at around $20 million. His main source of income is from his career as a former baseball player. Bonilla salary per month and other career earnings are over $1.5 million annually. He is one of the richest and most influential former baseball players in the United States. Bonilla participated in the Players Trust All-Star Golf Tournament, organized by Dave Winfield and Joe Mauer in 2014.