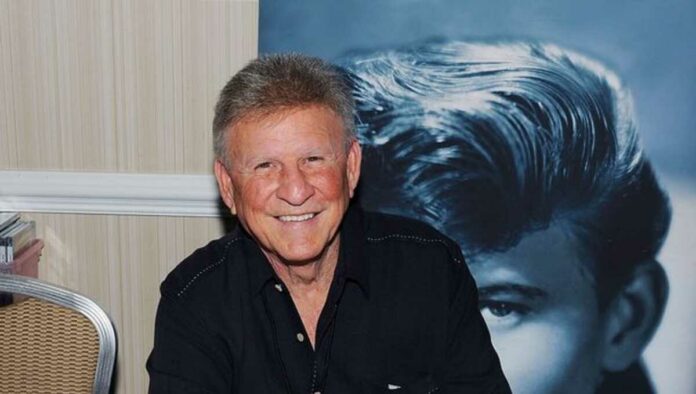 Bobby Rydell was an American singer and actor who mainly performed rock and roll and traditional pop music. In the early 1960s, he was considered a teen idol. His most well-known songs include “Wildwood Days,” “Wild One” and “Volare” (cover of an Italian song by Domenico Modugno, “Nel blu, dipinto di blu”); in 1963 he appeared in the musical film Bye Bye Birdie. In the 1980s, he joined a trio called The Golden Boys, with fellow former teen idols Frankie Avalon and Fabian Forte. He continued to tour up until his death in 2022.

Robert Louis Ridarelli was April 26, 1942, until his death on April 5, 2022 (age 79 years) in Philadelphia, Pennsylvania, United States. Rydell was the son of Jennie Ridarelli (nee Sapienza) and Adrio “Al” Ridarelli. Both of his parents were of Italian descent. He grew up in the Lower Moyamensing neighborhood of South Philadelphia.

Rydell mimicked the singers he saw on television as a child and at the age of seven, his father took him around the clubs of Philadelphia, asking if he could sing and do some impersonations. By the time he was eight, his reputation led to an appearance on a talent show on the national television series, TV Teen Club. He won the contest, and the show’s presenter, Paul Whiteman, recruited him into the cast, where he remained for several years. It was here that his name was Anglicised to Bobby Rydell.

Bobby Rydell played in several bands in the Philadelphia area, including Rocco and the Saints, in which he sang and played drums. After releasing three unsuccessful singles for small companies, he signed a recording contract with Cameo Records. This was run by Bernie Lowe, who had been the pianist accompanying him on TV Teen Club. After a couple of flops, “Kissin’ Time” made the charts in 1959.

Rydell toured Australia in May 1960 with The Everly Brothers, Billy “Crash” Craddock, Marv Johnson, The Champs, The Crickets, and Lonnie Lee. His second success was “We Got Love”. The album of the same name, his first, sold a million copies and obtained gold disc status. “Wild One” was followed with “Little Bitty Girl” which was his second million-selling single. He continued releasing hit songs with “Swingin’ School” backed by “Ding-A-Ling” and “Volare” later in 1960, which also sold over a million copies. It is estimated he sold over 25 million records in total.

Check Out: Ann-Margret net worth

In 1961, he performed at the Copacabana in New York City, where he was the youngest performer to headline at the nightclub. In February 1961, he appeared at the Festival du Rock at the Palais des Sports de Paris in Paris, France. Rydell’s success and prospects led his father, Adrio, a foreman at the Electro-Nite Carbon Company in Philadelphia, to resign in 1961 after 22 years to become his son’s road manager.

Rydell released the song “Wildwood Days” in 1963; it reached Number 17 on the Billboard Hot 100 chart and remained on the chart for nine weeks. A mural on the Wildwood, New Jersey, boardwalk (painted in 2014) honors Rydell, whose song placed the community in the national spotlight. That same year, he played Hugo Peabody in the film version of Bye Bye Birdie starring Ann-Margret and Dick Van Dyke. The original stage production of Bye Bye Birdie had no real speaking role for the character of Hugo, but the movie script was rewritten specifically to expand the part for Rydell.

In 2011, Sony Pictures digitally restored this film. Rydell and Ann-Margret were in attendance at the restoration premiere in Beverly Hills by the Academy of Motion Picture Arts and Sciences. During the 1960s, Rydell had numerous hit records on the Billboard Hot 100 chart. His recording career earned him 34 Top 100 hits, placing him in the Top 5 artists of his era (Billboard). They included his most popular successes: “Wild One” (his highest scoring single, at number 2), “Volare” (number 4), “Swingin’ School” (number 5), “Kissin’ Time” (number 11), “Sway” (number 14), “I’ve Got Bonnie” (number 18), and “The Cha-Cha-Cha” (number 10).

Bobby Rydell’s last major chart success was “Forget Him”, which reached number 4 on the Hot 100 in January 1964. The song, written by Tony Hatch, was his fifth and final gold disc winner. Rydell left Cameo-Parkway Records later in 1964 and signed with Capitol Records. By this po int, the British Invasion had arrived and acts such as Rydell suffered a dramatic decline in popularity. Bands such as The Beatles became more popular, and Rydell unwittingly contributed to his own downfall by inspiring John Lennon and Paul McCartney to write “She Loves You”, a song that catapulted their success way beyond his.

Rydell performed on many television programs, including The Red Skelton Show, where a recurring role was written for him by Red Skelton as Zeke Kadiddlehopper, Clem Kadiddlehopper’s younger cousin. He also appeared on The Danny Thomas Show, Jack Benny, Joey Bishop, and The George Burns Show. He was a regular on The Milton Berle Show and was a panelist on To Tell the Truth in 1964. On October 6, 1964, he made a guest appearance on the episode “Duel” of the television series Combat!; it was Rydell’s first dramatic acting role.

In 1963, Rydell starred in an unsold television pilot called Swingin’ Together produced by Desilu Productions, which featured him as the frontman for a four-piece rock ‘n roll band seeking their big break. Also during this time, Rydell served in the Pennsylvania Army National Guard’s 103rd Engineer Battalion. In January 1968, it was announced in the UK music magazine NME that Rydell had signed a long-term recording contract with Reprise Records.

He continued to perform in nightclubs, supper clubs and Las Vegas venues throughout the 1970s and 1980s, but his career was hampered by Cameo-Parkway catalog owner ABKCO Records’ refusal to reissue Rydell’s music, so the entire catalog was unavailable until 2005 (although he re-recorded his hits in 1995 for K-tel Records). He would have one more hit after 1965, a disco re-recording of “Sway” which reached Billboard’s Easy Listening chart in 1976.

Bobby Rydell continued to tour throughout the remainder of his life, often with Frankie Avalon and Fabian Forte; they performed under the name The Golden Boys. His autobiography was published in 2016. In the Broadway musical drama Grease, its film adaptation, and the film’s sequel Grease 2, the high school was named “Rydell High” after Rydell.

Check Out: Bobby Bonilla net worth

In 2000, in the book The Beatles Anthology (p. 96), Paul McCartney said: John Lennon and I wrote “She Loves You” together. There was a Bobby Rydell song out at the time and, as often happens, you think of one song when you write another. We’d planned an “answering song” where a couple of us would sing “she loves you” and the other ones would answer “yeah yeah”. We decided that was a crummy idea but at least we then had the idea of a song called “She Loves You”. So we sat in the hotel bedroom for a few hours and wrote it—John and I, sitting on twin beds with guitars.

No specific song title is given in The Beatles Anthology, but Bob Spitz writes in The Beatles: The Biography that McCartney originally modeled “She Loves You” on the Rydell “answering song” called “Swingin’ School” (and not “Forget Him”, as is commonly cited). In the Oscar-winning film Green Book (2018), Rydell is portrayed in the opening scenes by actor Von Lewis.

Bobby Rydell’s cause of death was pneumonia. However, he canceled a 2012 Australia tour because his health had deteriorated significantly and he was in need of urgent major surgery. On July 9, 2012, he underwent a double organ transplant to replace his liver and one kidney at Thomas Jefferson University in his hometown of Philadelphia. In January 2013, six months after the double transplant surgery, Rydell returned to the stage in Las Vegas for a three-night engagement to a sold-out audience. He continued to perform internationally and returned to tour Australia in 2014. Rydell died from complications of pneumonia at Jefferson Abington Hospital on April 5, 2022, at the age of 79.

Bobby Rydell was married to his first wife, Camille Quattrone Ridarelli, for 35 years from 1968 until her death in 2003; they had two children. He married his second wife Linda Hoffman, they had their marriage ceremony in 2009. Rydell was a longtime resident of Penn Valley, Pennsylvania, and lived in the same house from 1963 to 2013. The street on which he was born in Philadelphia was renamed Bobby Rydell Boulevard, in his honour. At the time of his death, Bobby Rydell had two children Jennifer Ridarelli and Robert Ridarelli.

How much was Bobby Rydell worth? Bobby Rydell net worth was estimated at around $10 million. His main source of income is from his career as an actor and singer. Bobby Rydell’s salary per month with other career earnings was over $1 million annually. His successful career earned him some luxurious lifestyles and some fancy car trips. He was one of the richest and most influential singers in the United States. Bobby Rydell stood at an appealing height of 1.83m and has a good body weight which suits his personality.