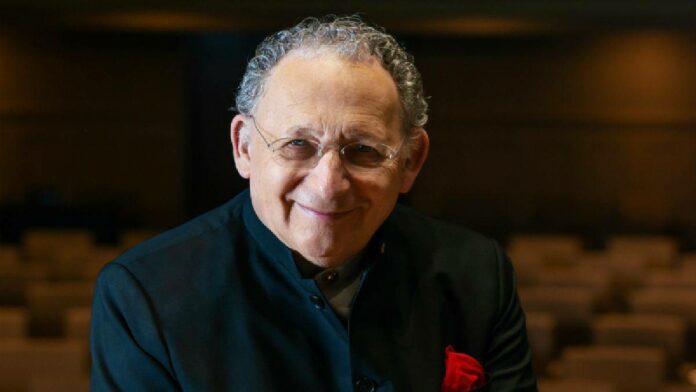 Read the complete write-up of Boris Brott net worth, age, wife, children, height, family, parents, conductor as well as other information you need to know.

Boris Brott was a Canadian conductor and motivational speaker. He was one of the most internationally recognized Canadian conductors, having conducted on stages around the world, including Carnegie Hall and Covent Garden. He was known for his innovative methods of introducing classical music to new audiences. Over his career, he commissioned, performed, and recorded a wide variety of Canadian works.

Brott was the founder and artistic director of the National Academy Orchestra of Canada and the Brott Music Festival, both based in Hamilton, Ontario. He was the founding music director and Conductor Laureate of the New West Symphony in Los Angeles, and artistic director and Conductor of the orchestra classique de Montréal (formerly the McGill Chamber Orchestra). He was a former Principal Youth and Family conductor with the National Arts Centre Orchestra in Ottawa, where he conducted family and education concerts.

Boris Jeremiah BrottOC OOnt was born on March 14, 1944, but died on April 5, 2022, at age 78 years in Montreal, Canada. He is the son of violinist and composer Alexander Brott and cellist Lotte Brott. He was the brother of cellist Denis Brott.

Brott studied violin with his father and performed at the age of five with the Montreal Symphony Orchestra at a young people’s matinee. He took courses at the Conservatoire de musique du Québec à Montréal and the McGill Conservatory, and in 1956 studied conducting at the summer school of Pierre Monteux, who engaged him as an assistant for concerts in Europe.

He next studied with Igor Markevitch and won first prize at the 1958 Pan-American conducting competition. In 1959, at the age of 15, he founded the Philharmonic Youth Orchestra of Montreal and led it in his conducting debut in that city.

Brott studied law at the University of Western Ontario from 1992–5, and in 1995 began giving motivational seminars to Fortune 500 companies using symphonic music as a metaphor. Brott produced, conducted, or hosted a large number of television and radio programs for the CBC, the BBC, and ITV in the UK, and recorded with various orchestras for CBC, Mercury, Pro-Arte and Sony Classical.

In June 1962, Brott won third prize at the Liverpool Competition. He served 1963-5 as Walter Susskind’s assistant conductor with the Toronto Symphony Orchestra and then embarked on a career in England as conductor of the Northern Sinfonia at Newcastle upon Tyne (1964-8). He made several tours with this chamber orchestra, among which was one in Canada, which included concerts at Expo 67.

Boris Brott won first prize and a gold medal at the sixth Dimitri Mitropoulos International Music Competition in 1968 and served 1968-9 as assistant conductor to Leonard Bernstein, with the New York Philharmonic Orchestra. Brott was named one of Canada’s Outstanding Young Men in 1969 and 1973 by the Junior Chamber of Commerce. In 1972 Brott was appointed conductor of the BBC Welsh Orchestra.

Brott was artistic director and conductor of the Hamilton Philharmonic Orchestra from 1969 to 1990, which grew from an amateur ensemble to a professional one with a 42-week season and 16,000 subscribers. The orchestra also gave birth to the quintet Canadian Brass.

He and the HPO were in the news when they performed in the middle of a steel factory blast furnace in Hamilton’s industrial core at Dofasco Inc.- now Arcelor Mittal. A charismatic maestro, Brott included visual elements, ballet dancers, Shakespearean actors, film, rock groups, and even astronauts to the stages of classical music concerts.

In 1975, Boris Brott assumed directorship of the CBC Winnipeg Orchestra. In 1977 he had made his opera debut, conducting Donizetti’s Daughter of the Regiment for the COC. Brott later directed Opera Hamilton and guest-conducted with the Canadian Opera Company and Sadler’s Wells Opera.

Boris Brott served as the Principal Youth and Family conductor with the National Arts Centre Orchestra in Ottawa. From 1982 to 1985 he was artistic director of Symphony Nova Scotia. He led the Ontario Place Pops Orchestra from 1983 to 1991. Founding of Brott Music Festival and National Academy Orchestra of Canada.

Check Out: Rob Ford net worth

In 1988, he founded the Brott Music Festival, which has since become Canada’s largest orchestral music festival. It is a major cultural event in Hamilton and surrounding areas during the months of July and August. From that, he created the National Academy Orchestra of Canada, recognized in 1999 as a National School by the Department of Canadian Heritage. The NAO pairs music graduates pursuing a career with professional musicians from North American orchestras in a mentor-apprentice relationship. It is Canada’s only professional training orchestra and has graduated about 1,000 musicians.

Boris Brott became the first music director of the New West Symphony, California, in 1995, and was later named Conductor Laureate. Brott embarked on a guest conducting schedule at Italy’s opera halls, including the Teatro Petruzzelli, the Arena di Verona and the Teatro Giuseppe Verdi in Trieste. In 2000, he conducted the first performance of Bernstein’s Mass in Vatican City for an audience that included the late Pope John Paul II. In 2002, he took over leadership of the McGill Chamber Orchestra.

Brott was named Principal Guest Conductor of the historic Petruzzelli Theatre in Bari, Italy in 2011. As of 2021, Brott continued to direct the National Academy Orchestra of Canada and the Brott Music Festival in Hamilton, the Orchestre classique de Montréal, and performances for children with the National Arts Centre Orchestra in Ottawa.

Boris Brott died on April 5, 2022, in the city of Hamilton, Ontario, as a result of a hit-and-run driver. However, In 2007, he was given the Lifetime Achievement Award by Tourism Hamilton and was also awarded Canada’s National Child Day award in Ottawa for introducing classical music to over a million schoolchildren over his career to date. Also in 2007, he received the City of Hamilton Lifetime Achievement Arts Award.

Boris Brott was married to Ardyth Webster. His wife is an author and they had three children together. He made his permanent home in Hamilton, Ontario. In 1986, Brott was made an Officer of the Order of Canada. In 2006, he was made a member of the Order of Ontario. In May, 2006 he was voted one of the top five Greatest Hamiltonians of all time by Hamilton Spectator readers.

How much is Boris Brott worth? Boris Brott net worth is estimated at around $50 Million. His main source of income was from his career as a conductor and motivational speaker. Brott successful career earned him some luxurious lifestyles and some fancy cars trips. He was one of the richest and influential conductors in Canada.

12/01/2022
ABOUT US
Our Motive is to provide reliable, accurate and informative news to you. The Urban and Rural at heart ❤️
Contact us: [email protected]
FOLLOW US
© Apumone 2022 All Rights Reserved
Go to mobile version