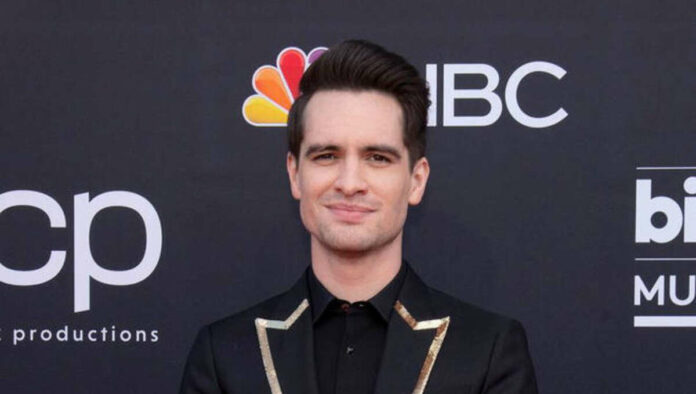 But then who is Brendon Urie? Brendon Boyd Urie is an American singer, songwriter, and musician. He became famous for his role as the lead vocalist, songwriter and instrumentalist for the then-music band Panic! at the Disco. He was the only member remaining after the band separated.

Many people have been inquiring a lot about Brendon Urie kids and making various research about it on the internet.

On Brendon’s schooling history. He attended Palo Verde High School in Las Vegas. It was there, he first met Panic! member, bassist Brent Wilson during a guitar class.

About his career, Brendon Urie first met Brent Wilson while taking guitar classes offered at their high school and Wilson asked Urie to try out as lead guitarist for Panic! at the Disco, as they were looking for a replacement at the time. Originally, Ryan Ross was their lead singer. When Urie filled in for Ross during a band rehearsal, they were impressed with Urie’s vocal abilities and he was chosen as their lead singer.

Urie officially joined the band in 2004. Since then, Panic! at the Disco has released six studio albums with Urie as lead vocalist. A Fever You Can’t Sweat Out was released in 2005 with the hit lead single “I Write Sins Not Tragedies” propelling it to 1.8 million sales.

For their second album, Pretty. Odd. (2008), Urie also took lyrical responsibility and wrote two of the tracks on the record by himself; those tracks being “I Have Friends in Holy Spaces” and festival favorite “Folkin’ Around”. He also wrote “New Perspective” for the soundtrack to the motion picture Jennifer’s Body.

On March 22, 2011, the band released their third album Vices & Virtues following the departure of Ross and Walker. On October 8, 2013, the fourth album, Too Weird to Live, Too Rare to Die! was released. It debuted at No. 2 on the Billboard 200.

On July 21, 2014, Urie won “Best Vocalist” at the Alternative Press Music Awards. In 2015, founding drummer Spencer Smith left the band and bassist Dallon Weekes departed from the official lineup, being downgraded to a touring member, leaving Urie as the only member of the official lineup.

On January 15, 2016, Panic! at the Disco released their fifth studio album, Death of a Bachelor, eventually earning the band its best sales week and first number-one album. On March 21, 2018, the band released two new songs “Say Amen (Saturday Night)” and “(Fuck A) Silver Lining”. At the same time, the band also announced a tour, and a new album called Pray for the Wicked.

Brendon Urie married Sarah Orzechowski on April 27, 2013. After several years of marriage, the couple is expecting their first child in 2023. Urie made the announcement on 24 January 2023 that he and his wife were expecting a child together, and that he would be discontinuing Panic! at the Disco in order to focus on his family.