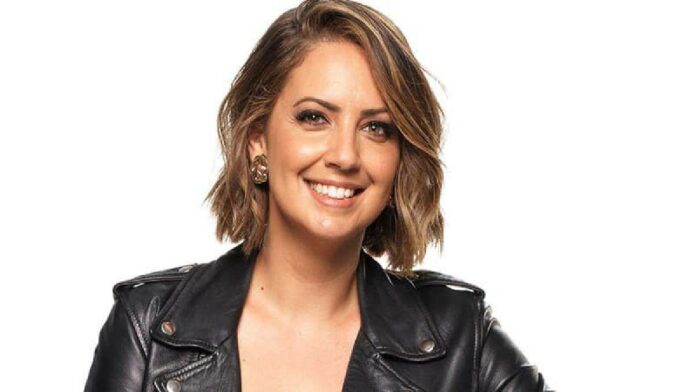 Brooke Boney is an Australian journalist and TV presenter. As of January 2022, she is an entertainment reporter on the Nine Network’s breakfast program Today.

Brooke Boney was born on June 22, 1987 (age 34 years) in Muswellbrook, New South Wales, Australia. She is the eldest of six children. The family, headed by her mother, were quite poor, but she grew up with a strong work ethic which she attributes to the influence of her grandfather. She is an Aboriginal Gamilaroi woman.

Boney worked as a volunteer in community radio while at high school, and after finishing school, worked as an advertising cadet at the Australian Financial Review. After entering as a mature age student, Boney graduated from the University of Technology Sydney with a Bachelor of Communication (Journalism) in 2014.

Brooke Boney produced the Black chat program on Sydney’s Koori Radio before morning lectures while studying for her degree, and did an internship at the Australian Broadcasting Corporation in the afternoons.

Check Out: Georgie Gardner net worth

Boney was appointed as a political correspondent for NITV, based at Parliament House from 2013 before graduating. Her first assignments had to cover the March 2013 Australian Labor Party leadership spill and the federal election that followed.

She worked as a newsreader on the ABC’s radio network Triple J from 2016 to 2018, and became known for using the traditional Gamilaroi greeting of “Yaama” when introducing herself at the start of Triple J’s news bulletin.

In December 2018, it was announced that Brooke Boney had been appointed as an entertainment reporter on the Nine Network’s breakfast program Today, to work alongside the network’s long-serving entertainment editor Richard Wilkins in 2019.

In January 2019, just days into her new job, she was asked for her opinion on Change the Date, a campaign that proposes moving Australia Day from its current date, which marks the date of the arrival of the First Fleet in Sydney.

Brooke Boney replied: This is the best country in the world, no doubt. But I can’t separate the 26th of January from the fact that my brothers are more likely to go to jail than they are to go to school, or that my little sisters and my mum are more likely to be beaten and raped than anyone else’s sisters and mum, and that started from that day. This prompted a harsh backlash, mixed reactions from some viewers, and much commentary in the media.

In February 2021, Southern Cross Austereo announced that Boney and Linda Marigliano would host The Dream Club podcast on LiSTNR. The podcast is a weekly social commentary and pop culture review on all the highs and lows of internet culture.

Check Out: Peter Stefanovic net worth

In November 2021, Brooke Boney won Nine Network’s Lego Masters: Bricksmas specials. Boney is a spokesperson for the GO Foundation, which focuses on education for Indigenous Australians.

Brooke Boney is currently single and not married. She was dating a man from England but was rumored to have split in 2021 due to Covid Lock and constraints. Her mother Leonie also stated that she doesn’t mind if her daughter gets a decent and caring man to wed her. Boney stands with an appealing height and has a good bodyweight that suits her personality. As of March 2022, her partner or husband is unknown to the general public.

How much is Brooke Boney worth? Brooke Boney net worth is estimated at around $2 million. She has a monthly salary range of $30,000 to $150,000. Her successful career has earned her some luxurious lifestyles and some fancy cars trips. Boney is one of the richest and influential television presenters in Australia.