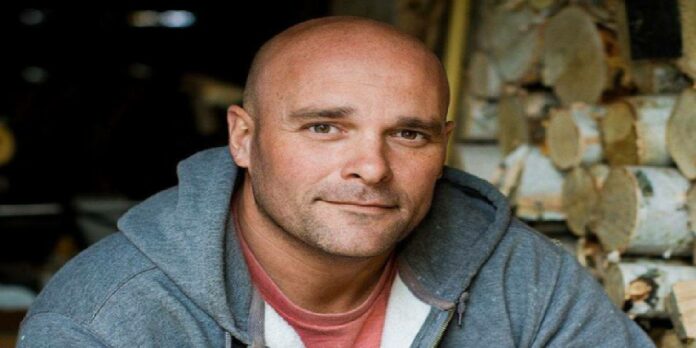 Read the complete write-up of Bryan Baeumler net worth, age, height, family, parents, the resort closed, Tv Shows as well as other information you need to know.

Bryan Baeumler is a Canadian television host on several HGTV/HGTV Canada shows. A former handyman and businessman, he translated those careers into a series of TV shows about home renovations in Canada and expanding to hotel renovations in the Bahamas. He has won a Gemini Award for his hosting and has published a book on home renovations.

Bryan Baeumler was born on April 18, 1974 (age 48 years) in Oakville, Canada. He started learning the trade from his father, an aircraft engineer, Baeumler spent his childhood summers constructing his family’s cottage. At 14, Baeumler opened his own handyman business doing odd jobs for neighbors. He received his B.A. in Political Science and Business from the University of Western Ontario in 1996.

In 2017 Bryan and his wife Sarah bought a defunct abandoned beachfront resort on South Andros, Bahamas, and renovated it into a new sustainable luxury resort, Caerula Mar Club, that opened in December 2019, that they own and operate. With the location in the Bahamas, the Baeumlers undertook actions for disaster relief in 2019 in the wake of Hurricane Dorian. Though the storm did not hit their resort, their employees were affected through friends and relations on the devastated islands further to the north.

Baeumler has been a host on several shows, including Disaster DIY, Disaster DIY: Cottage Edition, Leave It to Bryan, House of Bryan, Bryan Inc., and the Island of Bryan. He is also a judge on the HGTV show Canada’s Handyman Challenge along with Mike Holmes and Scott McGillivray. With his wife, Sarah Baeumler, they co-lead in the Bryan Inc. show on HGTV Canada.

Disaster DIY is a show on HGTV Canada about “Do-It-Yourselfer”s who have failed at their own home renovations and are in desperate need of some on-the-job training. The show is hosted by Baeumler and is directed by Craig Goodwill. The projects of the show take place within the Greater Toronto Area. The show ran from 2007 to 2011.

House of Bryan is a series starring Baeumler’s entire nuclear family, him, his wife, and their children; plus his apprentice, Adam. The series covers the construction of various homes that the Baeumlers live in, his dream home, country cottage, and forever home. It became the highest-rated series ever on HGTV Canada in 2016. The show ran from 2010 to 2015.

Leave It to Bryan

He started another show “Leave it to Bryan”, the show is a Canadian home renovation reality series hosted by Baeumler, which premiered in January 2012 on HGTV. The premise of the show is that the renovations most desired by a homeowner are not necessarily always the ones most urgently needed in the home. The show ran from 2012 to 2017 and was put on hiatus.

In 2016, he rebrand House of Byran to Bryan Inc. which premiered on HGTV Canada in Fall 2016, replacing House of Bryan on the schedule. The show focuses on Baeumler pairing with his wife to buy properties, renovate or replace (new build) the houses, and then sell them at a profit. In the first season, they buy two properties, one selected by each of them, and then Baeumler’s construction company crews rebuild the homes, which they then sell.

The show ran from 2016 to 2018 and went on hiatus with the start of Island of Bryan. After the success of Renovation Island (Island of Bryan) on HGTV USA, Bryan Inc. was licensed as Renovation, Inc. for U.S. HGTV in 2020.

He ushered Island of Bryan in 2019 which is a TV show that premiered on HGTV Canada on 7 April 2019. The show follows the Baeumler family as they renovate a neglected 50-year-old hotel in the Bahamas. Due to the remote location of the resort, supplies only came in weekly and did not always come every week. The family was also living in the resort while they were renovating it. The show first aired in 2019. HGTV U.S. repackaged the show in June 2020 as Renovation Island for American audiences.

Baeumler won the Gemini Award for “Best Host in a Lifestyle/Practical Information or Performing Arts Program or Series” in 2008 for his presenting work on Disaster DIY.

Byran Baeumler is married to his longtime girlfriend Sarah Baemuler. They had their wedding in 2004. Bryan and his wife have four children: Quintyn Werner, Charlotte Anne, Lincoln Wolfgang, and Josephine Judith. They live in a private house in Canada.

How much is Bryan Baeumler worth? Bryan Baeumler net worth is estimated at around $35 million as of 2023. His main source of income is from his private businesses and Tv shows. Baeumler’s successful career has earned him some luxurious lifestyles and some fancy cars. He is one of the richest reality show hosts in Canada. In 2015, Bryan published Measure Twice: Tips and Tricks from the Pros to Help You Avoid the Most Common DIY Disasters. However, his wife Sarah Baemuler’s net worth is around $2 million.