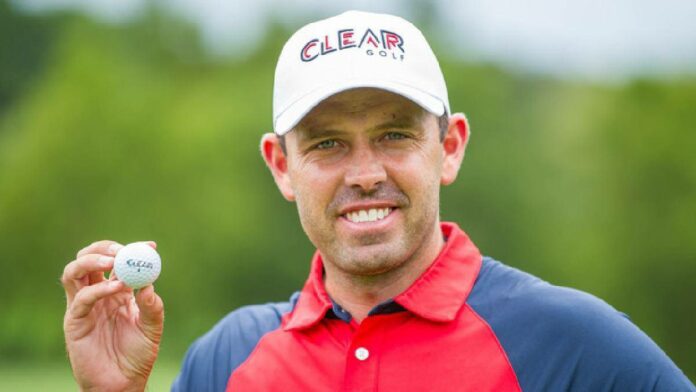 Charl Schwartzel is a South African professional golfer who plays on the PGA Tour, European Tour, and the Sunshine Tour. He has won one major title, the Masters in 2011. Schwartzel’s highest world ranking has been number six, after finishing in a tie for fourth at the WGC-Cadillac Championship in 2012.

Charl Adriaan Schwartzel was born on August 31, 1984 (age 37 years) in Johannesburg, South Africa. He is the son of George Schwartzel and Lizette Schwartzel. Schwartzel had a dominant junior amateur career in South Africa and won some amateur events in other countries including the 2002 Indian Amateur and English Open Stroke Play Championships. He played for South Africa in the 2002 Eisenhower Trophy.

Charl Schwartzel turned professional at the age of eighteen and following the path of many other leading South African players, he qualified for the European Tour late that year. He was the second youngest South African golfer to do so after Dale Hayes. He earned enough money to retain his European Tour card in both 2003 and 2004.

His win at the season-ending Vodacom Tour Championship took him into the top 100 in the Official World Golf Rankings for the first time. His form continued to improve in 2006 and he finished the season placed 18th on the Order of Merit and reached as high as 55th in the World Rankings.

He took first place on the Sunshine Tour Order of Merit for the third consecutive year in 2007, and won the Open de España in April, beating Jyoti Randhawa by one stroke, after an eagle at the 543-yard (497 m) par-5 16th hole, and moved into the world top 40.

Charl Schwartzel has played in the Gary Player Invitational several times to help Gary Player raise funds for various children’s charities. In 2008, he once again achieved success on the European Tour, by securing victory at the Madrid Masters.

Schwartzel started 2010 by winning two consecutive tournaments on the European Tour after a winless 2009 season, both held in his native South Africa, and re-entered the top 50 of the Official World Golf Rankings. He finished the season ranked 8th on the Order of Merit.

Charl Schwartzel won the Masters Tournament in 2011 by two strokes to become the third South African winner of the event (after Gary Player and Trevor Immelman). He won exactly 50 years after Player became the first international Masters champion in 1961. In the final round, Schwartzel overcame a four-stroke deficit with a round of 66, two strokes ahead of runners-up Adam Scott and Jason Day.

Schwartzel started his final round on Sunday by chipping in from off the green at the first hole for birdie and then holed his second shot from the middle of the fairway at the third for eagle. This wiped out the four-stroke lead of Rory McIlroy, but then Schwartzel bogeyed the fourth hole to drop one behind.

For the rest of the round, he maintained this score, until he reached the last four holes where he holed clutch putts to finish with four consecutive birdies, a feat unprecedented in the Masters’ 75 years history. It put him back in the lead and he ultimately won the Green Jacket and his first major championship. After the tournament, Schwartzel moved up to 11th from 29th in the Official World Golf Rankings.

Alongside his win at The Masters, Schwartzel also enjoyed success in the year’s other three major championships in 2011. He recorded career bests at the U.S. Open where he finished in a tie for ninth and also at the PGA Championship, finishing tied for 12th. He was also in contention at The Open Championship before a third-round 75 damaged his chances. He ended the season ranked 4th on the Race to Dubai.

Check Out: Louis Oosthuizen net worth

This was Schwartzel’s eighth victory on the European Tour, as he secured it with the third-highest margin of victory in the history of the tour with a twelve-stroke advantage over the Swede Kristoffer Broberg.

Charl Schwartzel defended his Alfred Dunhill Championship in 2013, with a four-stroke win over England’s Richard Finch. This took his tally of victories on the European Tour to nine.

Schwartzel won his second PGA Tour event, on 13 March 2016, taking the Valspar Championship on the first hole of sudden-death, after tying Bill Haas at 277 after 72 holes.

Charl Schwartzel is married to Rosalind Jacobs, they had their wedding in 2010. His wife is a private person and they have a daughter together. Their first child’s name is Olivia. Schwartzel and his wife Rosalind live in a beautiful house in Johannesburg.

How much is Charl Schwartzel worth? Charl Schwartzel net worth is estimated at around $17 million. His main source of income is from his career as a professional golfer. Schwartzel successful career has earned him some luxurious lifestyles and some fancy cars trips. He is one of the richest and influential golfers in South Africa. 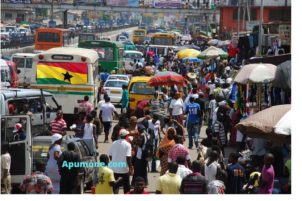 07/09/2020
A Senior Lecturer at the Department of Land Economy at the Kwame Nkrumah University of Science and Technology (KNUST), Dr Frank Gyamfi-Yeboah, has told...

How Much Is Tom Steyer Worth? Net Worth, Wife

01/04/2022
ABOUT US
Our Motive is to provide reliable, accurate and informative news to you. The Urban and Rural at heart ❤️
Contact us: [email protected]
FOLLOW US
© Apumone 2022 All Rights Reserved
Go to mobile version