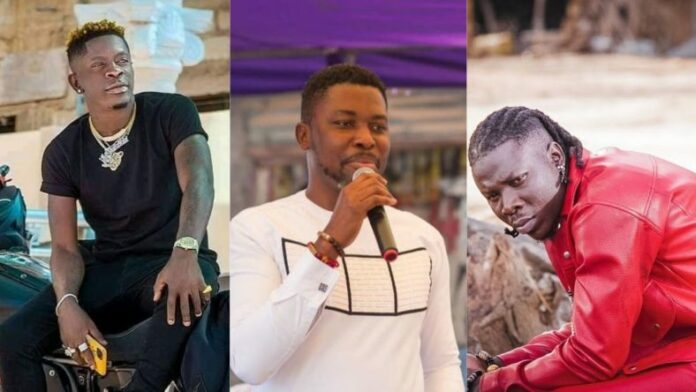 Charter House  Lifted the ban on Shatta Wale and Stonebwoy because of revenue shortfalls. According to A-Plus, the Ban lifting was as a result of Shatta Wale and Stonebowy having the biggest fans based in Ghana so sponsors will be doubting if they can make money back from supporting the VGMA without the two musicians.

Speaking as a guest panelist on United ShowBiz hosted by Her Empress Nana Ama Mcbrown on Utv. “Without Shatta Wale and Stonebwoy involvement in the VGMA thier revenue will reduce so Charter House had no choice but to lift the ban on them” said A-Plus.

He suggested if he was either Shatta Wale or Stonebwoy he would have demanded money from Charter House before they lift the ban. if you are not a fun of reading then watch the video below.