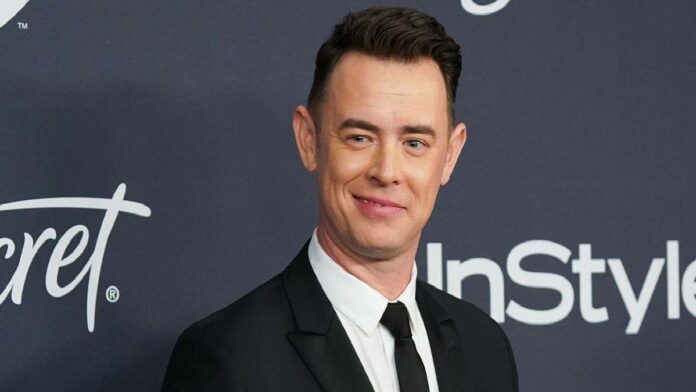 Colin Hanks is an American actor, director, and producer. He has starred in films including Orange County, King Kong, The House Bunny, The Great Buck Howard, and the Jumanji film series. His television credits include Roswell, Band of Brothers, Dexter, Fargo, The Good Guys, and Life in Pieces. He is the eldest son of actor Tom Hanks.

Colin Lewes Hanks Dillingham was born on November 24, 1977 (age 44 years) in Sacramento, California, United States. He is the son of actor Tom Hanks and his first wife, producer, and actress Samantha Lewes (born Susan Jane Dillingham). He has a sister, Elizabeth Ann Hanks, and through his father’s marriage to his stepmother, actress Rita Wilson, he has two younger half-brothers, Chester “Chet” Hanks and Truman Hanks.

Hanks attended Sacramento Country Day School, and then Chapman University, before transferring to Loyola Marymount University. He left without earning a degree.

Colin Hanks won the role of Alex Whitman in the science-fiction series Roswell in 1999, where he appeared for the first two seasons (making a brief appearance in the third). During that time, he acted in the teen comedies Whatever It Takes with Shane West and Get Over It with Ben Foster. Hanks also made an appearance in an episode of The OC.

Hanks appeared in part eight of the HBO mini-series Band of Brothers as Lt. Hank Jones. In 2002, he starred in his first film as Shaun Brumder in Orange County, alongside Jack Black and Schuyler Fisk. The comedy features Hanks’ character trying to get into Stanford University after his guidance counselor mistakenly sends out the wrong transcript.

In 2005, he appeared in the remake of King Kong, playing the assistant to Jack Black’s character. In 2006, Hanks had a cameo role in Black’s Tenacious D in The Pick of Destiny, playing a drunken fraternity brother. He starred in the romantic comedy The House Bunny, playing Oliver, a charming manager of a nursing home and the love interest of Anna Faris’ character.

Colin Hanks appeared in The Great Buck Howard in 2008, which was produced by his father and also starred John Malkovich. He also played Father Gill, a young Roman Catholic priest, in season 2 of the TV show Mad Men. In 2009, he made his Broadway debut, acting alongside Jane Fonda in the Moisés Kaufman play 33 Variations. In 2009, Hanks began work as director on All Things Must Pass, a documentary about Tower Records, that premiered March 17, 2015, at South by Southwest in Austin, Texas.

Hanks starred in the 2010 Fox TV series The Good Guys as young detective Jack Bailey, alongside Bradley Whitford who played an old-school detective (Dan Stark). In 2011, he starred in the indie film Lucky, alongside Ari Graynor, Ann-Margret, and Jeffrey Tambor. He also joined the cast of Dexter for season six opposite Edward James Olmos, where he portrays an art historian Travis Marshall who is involved in a murderous apocalyptic cult.

In 2013, he starred as Allison in the second season of the web series Burning Love. The same year, he also portrayed Dr. Malcolm Perry in the historical film Parkland. In 2014, he played Officer Gus Grimly in the FX television series Fargo, for which he received Critics’ Choice Television Award and Primetime Emmy Award nominations. In 2015, Hanks began a voice role in the show Talking Tom and Friends. He voices Talking Tom, the main character.

Hanks directed the documentary All Things Must Pass: The Rise and Fall of Tower Records, released in 2015. The film received funding of nearly $100,000 through a Kickstarter campaign. In 2017, Hanks appears as the Adult Alex Vreeke in the film Jumanji: Welcome to the Jungle, a role he would later reprise in the film’s 2019 sequel, Jumanji: The Next Level.

Check Out: Jason Behr net worth

In 2018, Hanks portrays a young Mr. Rogers on the Comedy Central show Drunk History. The same year, Hanks appears as a guest judge on Netflix’s baking competition Sugar Rush in Season 1, Episode 5; this episode was titled “Sweet Geeks” and Hanks presided over three rounds of cupcakes, desserts, and ultimate cakes.

Colin Hanks is a San Francisco Giants baseball fan and attended their World Series-clinching victory in Texas in November 2010. He also directed a 30 for 30 short about their disastrous Crazy Crab stint in the 1980s. He is also a fan of Liverpool FC, San Francisco 49ers, Sacramento Kings, and Los Angeles Kings. He was the official Kevin and Bean LA Kings playoff correspondent for the 2012 and 2013 seasons.

Colin Hanks is married to Samantha Bryant, they had their wedding in 2010. His wife is a former New York publicist. They became engaged in June 2009. The couple married on May 8, 2010, in Los Angeles. Together, they have two daughters, one born in 2011, and the other born in 2013. He also dated Busy Philipps in the 1990s while in college.

How much is Colin Hanks worth? Colin Hanks net worth is estimated at around $15 million. His main source of income is from his career as an actor, director, and producer. Hanks successful career has earned him some luxurious lifestyles and some fancy cars trips. He is one of the richest and most influential actors in the United States.