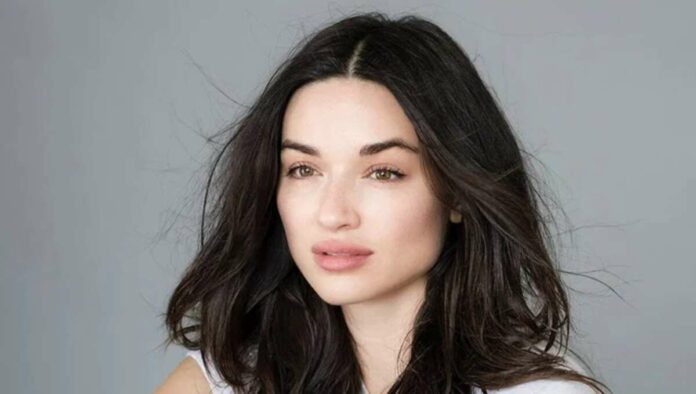 Read about Crystal Reed net worth, age, husband, children, height, family, parents, salary, movies and tv shows as well as other information you need to know.

Crystal Reed is an American actress. She came to prominence for playing Allison Argent in the series Teen Wolf (2011–2014). She departed the series after the third season but made a guest appearance in the fifth season as Allison’s ancestor Marie-Jeanne Valet. Reed played Sofia Falcone in the fourth season of Gotham (2017–2018) and the lead role of Abby Arcane in the series Swamp Thing (2019). She has also appeared in the films, Skyline (2010), Crush (2013), Too Late (2015) and Ghostland (2018).

Crystal Marie Reed was born on February 6, 1985 (age 37 years) in Detroit, Michigan, United States. She is the daughter of Polish and Native American parents. She has one older brother named Corey. Reed was raised in a conservative Catholic family, though she has also stated that she attended a Baptist church growing up and did not enjoy it. “I absolutely hated it and I knew that I would never fit in,” Reed said.

Reed graduated from Roseville High School in 2003. She studied dance from an early age and was a dance captain in high school. She was an active member of her local community theatre and starred in the musicals Annie, Fiddler on the Roof and Grease. She attended Wayne State University and was a part of the Bachelor of Fine Arts program, but left the program when she questioned whether it was the right fit for her. “I auditioned for the prestigious BFA conservatory program,”

Check Out: Melissa Ponzio net worth

she said. “They were very strict about the methods of acting, very particular about how we do things and I started questioning whether or not it was the right place for me, and whether or not one truly needed a degree to be an artist.” Crystal Reed moved to Chicago and appeared in a number of local productions. In December 2008, she moved to Hollywood to pursue a screen career.

Crystal Reed guest starred in CSI: Crime Scene Investigation, CSI: NY, Rizzoli & Isles and The Hard Times of RJ Berger in 2010. She played Allison Argent in the MTV series Teen Wolf. Before the third season of the series, Reed wanted to move on from the show, do different things and explore other areas of film creatively. She approached the executive producer of the show, Jeff Davis, who supported her decision. Reed left the show in March 2014 in the form of Allison Argent’s death at the end of the third season.

Reed also stated that her desire to leave the show had to do with the difference in age to her character. Reed was 29 years old playing a 17-year-old by the end of season three. Crystal Reed appeared in the February 23, 2016, episode, “The Maid of Gévaudan” as the first Argent werewolf hunter Marie-Jeanne Valet. While promoting Gotham, Reed said that she would love to be a part of a reboot or spin-off of Teen Wolf.

Her film credits include Skyline and Crazy, Stupid, and Love. She starred in the horror film Ghostland, written and directed by French filmmaker Pascal Laugier. The film was first released in France on March 14, 2018. On July 22, 2017, Reed was cast in the fourth season of the Fox television series Gotham as Sofia Falcone, the daughter of Carmine Falcone. The fourth season of Gotham premiered on September 21, 2017. Reed’s portrayal of Falcone is the first time the comic-book character has been in a television show or movie.

On September 6, 2018, it was reported that Crystal Reed had been cast as the lead of the DC Universe television series Swamp Thing. She portrayed Abby Arcane, a smart and caring CDC Doctor who returns to her hometown in Louisiana and investigates what seems to be a deadly swamp-born virus but soon discovers that the swamp hold mystical and terrifying secrets. Swamp Thing premiered on May 31, 2019.

Check Out: Linden Ashby net worth

On November 9, 2019, it was reported that Reed was cast in an upcoming thriller film Escape the Field which was be directed by Emerson Moore. The film’s release date was still unknown at that time. Reed has said she moved out of her hometown because it “was completely small-minded and not accepting of things that I’m accepting of.” Crystal Reed campaigned for Hillary Clinton leading up to the 2016 United States presidential election.

Crystal Reed was in a relationship with her Teen Wolf co-star Daniel Sharman from February 2012 to June 2013. In July 2013, Reed started dating television presenter Darren McMullen. McMullen and Reed broke up in early 2019. Reed lists golf as one of her hobbies when she is not acting. As of 2022, Crystal Reed has no husband or children.

How much is Crystal Reed worth? Crystal Reed net worth is estimated at around $3 million as of 2023. Her main source of income is from her primary work as an actress. Crystal Reed’s salary per month and other career earnings are over $400,000 dollars annually. Her remarkable achievements have earned her some luxurious lifestyles and some fancy car trips. She is one of the richest and most influential actresses in the United States. Crystal Reed stands at an appealing height of 1.73m and has a good body weight which suits her personality.