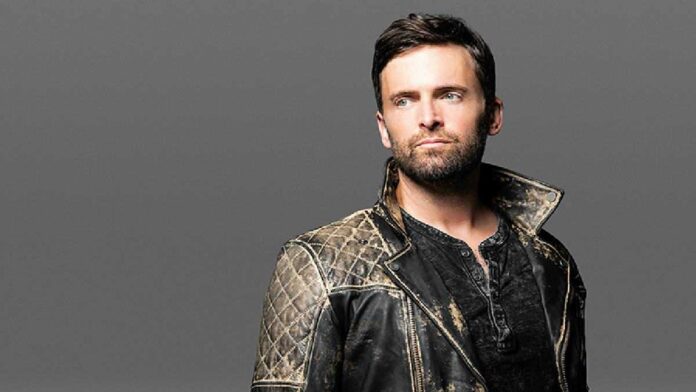 Dean Brody is a Canadian country music singer, songwriter, guitarist and producer. He has won 16 CCMA Awards and 2 JUNO Awards. Originally signed to Broken Bow Records in 2008, Brody made his debut later that year with the single “Brothers”. This song, a Top 40 country hit in the US, was the first single from his self-titled debut album, released in 2009 under the production of Matt Rovey. In 2010, Brody was signed to Open Road Recordings and released his second album, Trail in Life.

His sixth album, Beautiful Freakshow, was released in 2016, and recently earned the singer 3 awards at the 2017 CCMA Awards show, including Fan’s Choice, Songwriter of the Year and Top-Selling Canadian Single of the Year for “Bush Party”. Brody recently headlined one of the largest and most iconic venues in the country, The Budweiser Stage (formerly the Molson Amphitheater). Brody holds the record for the most played song ever in a single week on Canadian country radio with “Canadian Summer”.

Dean Brody was born on August 12, 1975 (age 46 years) in Smithers, British Columbia, Canada. He grew up in Jaffray and as a boy, Brody worked at a sawmill, also playing guitar in his spare time. By 2004, he had moved to Nashville, Tennessee to pursue his musical career. Although he found a songwriting contract, the expiration of his US work permit forced him to move back to Canada.

Brody returned to Nashville through the suggestion of producer Keith Stegall, who helped him sign with Broken Bow Records in 2008. Brody released his debut single, “Brothers”, late that year. Shortly before its release, Brody was injured in a waterskiing accident on the Potomac River and had to undergo extensive reconstructive surgery. Brody lived in Windsor, Nova Scotia, and Chester, Nova Scotia from 2010 to 2017. In 2020, he launched his own beer, “Hucklejack Canadian Lager”.

On April 26, 2019, Brody released the EP Black Sheep, which featured four singles, “Good Goodbye”, “Dose of Country”, the platinum-certified “Whiskey in a Teacup”, and “Black Sheep”, all of which charted in the top ten of the Canadian Country charts. He co-headlined a tour across Canada with fellow Canadian country artist Dallas Smith.

In February 2020, Brody independently released the single “Can’t Help Myself” with The Reklaws through his own label, Scurvy Dog Music. The song reached No. 1 on the Billboard Canada Country chart and No. 49 on the Canadian Hot 100. It was officially the most played song ever on Canadian country radio in a single week on the Nielsen BDS charts with 1782 spins.

In June 2020, Brody released the single “Canadian Summer”. It would become his second consecutive No. 1 at Canadian Country radio, and fifth overall, while breaking the previous record at Canadian country radio set by “Can’t Help Myself” with 1817 spins.

Dean Brody released his seventh album, Boys on November 18, 2020. The title track “Boys” was released as the third single to country radio off the album and featured American country singer Mickey Guyton. The song would also reach #1 on the Canada Country chart. “Lightning Bug” was released to radio as the fourth single off the album in April 2021. Brody then collaborated with fellow Canadian country artist Jade Eagleson on “More Drinkin’ Than Fishin'”, and released “I’d Go to Jail” as the fifth single from Boys.

Dean Brody was married to longtime girlfriend Iris Paulmartin, they had their wedding in the 2000s in a private ceremony in Canada. The couple had three children until they separated in 2019. Brody resides in a beautiful mansion in Canada. However, Dean Brody and Andrea Richards were rumored to be in a relationship but as of 2022, they haven’t confirmed whether they are dating.

How much is Dean Brody worth? Dean Brody net worth is estimated at around $10 million. His main source of income is from his career as a singer, songwriter, and guitarist. Brody successful career has earned him some luxurious lifestyles and some fancy cars trips. He is one of the richest and influential singers in Canada.