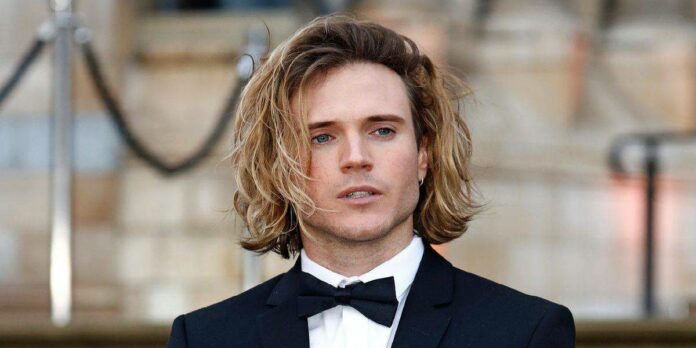 Dougie Poynter is an English musician, songwriter, fashion model, aspiring clothing designer, children’s author and actor. He is the bassist of the pop-rock band McFly.

Dougie Lee Poynter was born on November 30 1987(age 33 years) in Orsett, Essex, England. He went to school at Herd Lane Primary School, Corringham and later, Gable Hall School in Corringham. He has one sister.

In 2003, a then 15-year-old Poynter auditioned for and subsequently became the bass player for the English band McFly. The band consists of Poynter, Tom Fletcher (vocals/guitar), Danny Jones (guitar/vocals), and Harry Judd (drums).

McFly rose to fame with their first single, “Five Colours in Her Hair,” which was released March 2004 and entered the UK Singles Chart at number one in April 2004. Their first album, Room on the 3rd Floor, also hit number one in the UK Albums Chart and would earn McFly a Guinness World Record for being the youngest band to have a debut album enter the chart in the top position, previously held by the Beatles. That year, McFly would support Busted on tour before going on to headline a personal tour in September 2004.

A second greatest hits album, Memory Lane: The Best of McFly, was released in November 2012. Also in 2012, the band debuted their first written autobiography, McFly: Unsaid Things… Our Story with Transworld Publishers Ltd.

In April 2016, McFly announced that they would be going on tour for a three-night residency in Glasgow, Birmingham, Manchester, and London. The Anthology tour, in which they will play all five of their albums, will serve as McFly’s first live reunion since 2013. The tour was postponed from June until September 2016 after drummer Harry Judd injured his neck.

In November 2013, McFly joined the band Busted to form the super-group, McBusted. They played a 34-date tour called The McBusted Tour. It was the biggest UK tour of 2014. McBusted concluded the tour headlining the British Summer Time concert series in Hyde Park where they performed for an audience of over 60,000 attendees.

In 2015, the band went on tour for a second time. McBusted’s Most Excellent Adventure Tour consisted of 21 shows.

Dougie Poynter made his runway debut in January 2016 at the Joshua Kane with Lab Series Autumn/Winter show for London Collections Men. Off the catwalk, Poynter is a front-row fixture at LCM and other global fashion weeks, garnering invites from top brands including Topman, Burberry, Louis Vuitton, Moschino, and Saint Laurent Paris. Runway-side, Poynter is celebrated for his trend-setting personal style.

His most notable editorial work includes the fashion film At Full Tilt for Vogue India (August 2014), an online exclusive for Notion Magazine (August 2015), and a spread in Issue 19 of Adon Magazine (March 2016). Poynter also modelled alongside his then-girlfriend Ellie Goulding in the February 2016 issue of Glamour.

Poynter is credited as a lead writer and co-writer on many of McFly’s tracks. He served as the lead writer for McFly’s seventh number-one hit single 2007’s “Transylvania.” He also wrote an unrecorded track called “Silence Is a Scary Sound.”

Check Out: Danny Jones net worth

He also worked alongside seasoned artists Mark Hoppus (Blink 182) and Alex Gaskarth (All Time Low) to develop the album for the McFly + Busted supergroup, McBusted. He is also credited in Busted’s album “Half Way There” for the song “Nineties”.

Poynter won I’m a Celebrity…Get Me Out of Here! in 2011. He wrote a children’s book with McFly band-mate Tom Fletcher titled The Dinosaur that Pooped Christmas. It sold over 72,000 copies and became the most popular debut children’s novel of 2012.

The follow-up book titled The Dinosaur That Pooped A Planet was released the following year in August 2013. Poynter also wrote the children’s book Plastic Sucks!: How YOU Can Reduce Single-Use Plastic and Save Our Planet (2019).

Dougie Poynter is also an active participant of The 5 Gyres Institute and its mission to eradicate the pollution of plastic in the ocean. He supports the banning of microplastic materials across Europe, citing the serious detrimental impact of these substances on the marine environment as the reason for his disapproval.

Poynter has also been part of charity endeavours alongside McFly. The band has raised money for causes such as Comic Relief, Children in Need, Live 8, Sport Relief, and Earth Hour.

In addition to this, Poynter has founded various clothing lines. His skate clothing brand Zookie is still active under different ownership. He also owned and founded Saint Kidd, and Polonius, both of which are no longer trading.

Dougie Poynter current partner is model Maddy Elmer. However, he dated Frankie Bridge Sandford of The Saturdays from 2008 to 2010. His relationship with fellow musician Ellie Goulding was confirmed in February 2014; the couple split in 2016. Dougie is now dating model Maddy Elmer. In 2021, it was revealed he is related to Josh Franceschi who is the lead singer of the English rock band You Me at Six.

What is Dougie Poynter net worth? Dougie Poynter’s net worth is estimated at around $2 million. His main source of income is from his music career. Poynter successful career has earned him some luxurious lifestyles and some fancy cars. However, Poynter served as a guest fashion writer for Fault Magazine during LCM in June 2016. He provided an insider’s perspective with his recaps of Topman S/S 2017, Katy Eary S/S 2017, and Christopher Raeburn S/S 2017.

12/04/2021
Two children have been found dead in a head pastor's car at Fawode in the Kwabre East Municipality of the Ashanti Region. Blessed Yiedie Boadu...

Castro and Janet Bandu finally to be declared dead after 7...

06/07/2021
ABOUT US
Our Motive is to provide reliable, accurate and timely news to you. We're social, connect with us: The Urban and Rural at heart ❤️
Contact us: [email protected]
FOLLOW US
© Apumone 2021 All Rights Reserved
We use cookies to ensure that we give you the best experience on our website. If you continue to use this site we will assume that you are happy with it.Ok