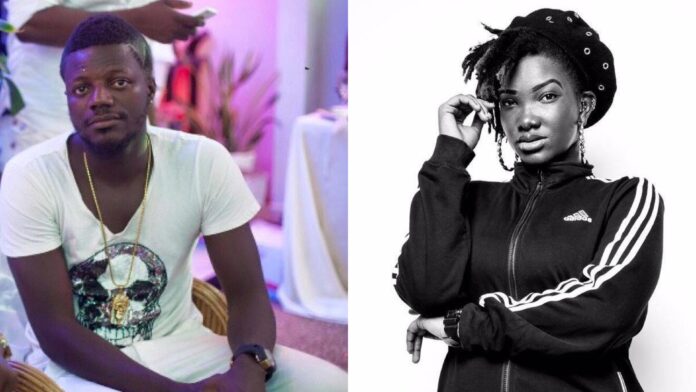 Pope Skinny has caused an uproar on social media after making some damning revelation about the death of late Ghanaian Dancehall and Highlife singer, Ebony Reigns.

Ebony who until her demise was a signee or Ruff town records died on 8th February 2018 together with her friends ina road crash.

However, Pope Skinny who currently resides in America alleged Ebony’s death came as a result of she been a lesbian.

Pope Skinny said in his narration that the gods of Amonokrom hate homosexuality so it is an abomination for gays and lesbians to take their escapades there hence the gods killed Ebony through the accident.