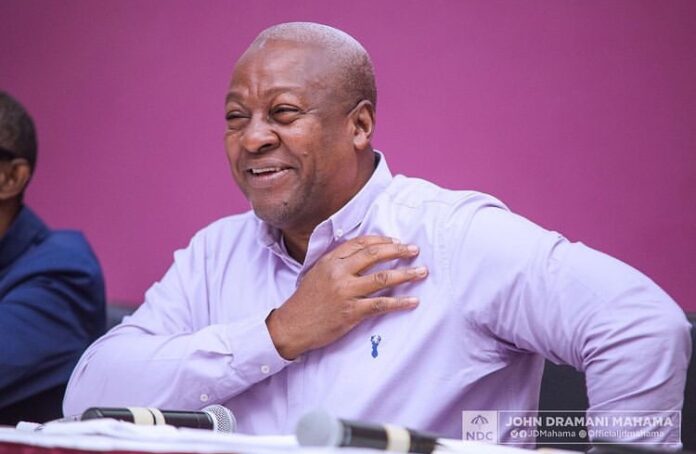 Former President John Mahama has said the refusal of the Electoral Commission to be cross examined leaves a dent on its image.

Speaking in Accra yesterday after the Supreme Court ruling, the leader of the NDC in the 2020 election said the EC missed an opportunity to justify the figures they released as the declaration.

He added that once the EC admitted they made errors in their declaration that cannot be a legitimate election because all stories leading up to the 2020 elections points to the fact that the Jean Mensa led EC were fixated on keeping their appointing authority in office against the wish of the people.

He however says he rejects the verdict of the court but is bound by it.

He wrapped up by saying, he has served before and people know who he is. He loves peace and wouldn’t do anything to jeopardize the peace the country enjoys.