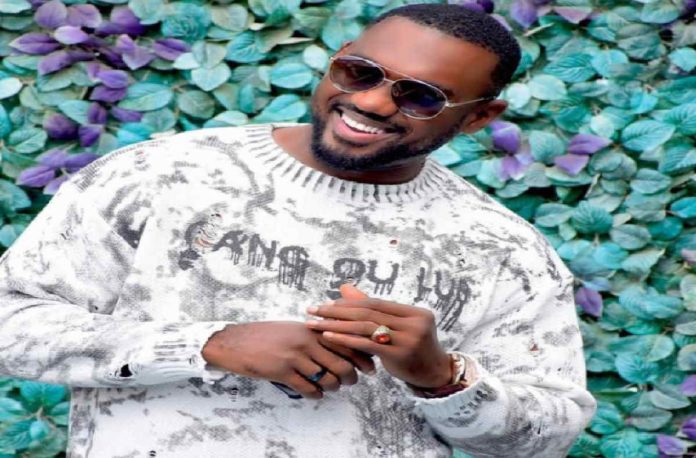 Read the complete write-up of Eddie Watson net worth, biography, age, height, wife, children, mother, movies as well as other information you need to know.

Eddie Watson is a Liberian-born Ghanaian actor and producer. He received his first Ghanaian Movie Award in 2014 for his film Ebola which he wrote, directed and produced.

Eddie Watson who real name is Eddie Samuel Obong Watson Jr was born on May 22, 1980 (age 41 years) in Monrovia, Liberia.

Eddie Watson’s professional acting career started in 2010 with Labour of Love. He later went on the same year to star in the African war movie, Somewhere in Africa, where he had a supporting role.

Costar Majid Michel suggested Watson to the director, Frank Rajah, for the role of a new character being introduced in the sequel 4Play Reloaded of the already popular 4Play by Venus Films. His supporting role in Frank Rajah’s Somewhere in Africa earned him a nomination at the Nollywood & African Films Critics Awards (NAFCA).

Check Out: Yvonne Nelson net worth

The following year, Watson had roles in movies like A Reason to Kill and Single Six and by 2011 the actor has made his first move into Nollywood when he starred alongside Queen Nwokoye in Desperate Heart. With movies like Single and Married in 2012, House of Gold, Letters to My Mother and Purple Rose in 2013 the actor soon became a house-hold name in African entertainment.

The year 2014, was a bitter sweet year for Watson. West Africa and Watson’s home country, Liberia, which was one of the worst affected by the Ebola virus. Watson wrote, produced and directed the short film, Ebola.

The year also brought many nominations for the actor for different roles in films such as Bachelors, Sister at War and Purple Rose. And for the first time he was nominated in two different categories for the Ghana Movie Award (Best Actor in Lead Role for Bachelors and Best Short Film for Ebola, which he won).

Eddie Watson produced two major movies; Jack & Jill and She Prayed. On Saturday, December 5, 2015, Eddie Watson premiered She Prayed in Sierra Leone with support from some of the cast and other African movie stars including Majid Michel, Beverly Osu and Melvin Oduah.

The screening of She Prayed is said to be the biggest show in all the premieres and all international shows in 2015 in Sierra Leone. The movie banked an impressive 98% hold of its premiere rating.

Eddie Watson’s documentary film “Ebola” was one of his humanitarian efforts after the outbreak hit West Africa in 2014. The film was meant to educate people in areas affected by the disease. The film was totally financed by Eddie Watson himself and was distributed to most media houses in countries affected plus others in the region of publication and also throughout the internet without a single charge from the actor.

He launched the “We Need Help-Ebola Campaign” the same year the film was shot with the Twitter hashtag #WeNeedHelpEbola. The Ebola documentary film starred some popular faces in Ghana’s movie and music industries including Yvonne Nelson and  Sarkodie and more. Later that year, the film went on to win Best Short Film Movie at the Ghana Movie Awards (GMA).

Eddie Watson is married to longtime girlfriend actress Naomi Baaba Watson, they had a private ceremony. The couple welcomed their first child, Emirror (Emi) Cassia Watson on February 2, 2015. Watson took to his Instagram page to share the passing of his mother Leonora Caulker on May 27, 2021.

How much is Eddie Watson worth? Eddie Watson net worth 2021 is estimated to be around $500,000. His main source of income is from his acting career. He is regarded as one of the best actors in Ghana.