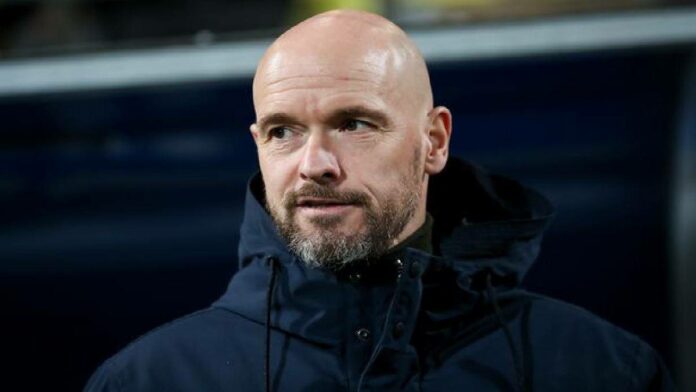 Erik ten Hag is a Dutch professional football manager and former player. He is the current manager of Ajax and is also rumored to be the next Manchester United FC manager.

Erik ten Hag was born on February 2, 1970 (age 52 years) in Haaksbergen, Netherlands. He is the son of Hennie Ten Hag.

Ten Hag played primarily as a centre-back for FC Twente, De Graafschap, RKC Waalwijk and FC Utrecht. He had three stints with FC Twente, with whom he won the KNVB Cup in the 2000–01 season.

He also won the Eerste Divisie with De Graafschap in the 1990–91 season, ten years before winning the cup with FC Twente. He retired from active playing in 2002 at the age of 32 while playing for FC Twente, after the end of the 2001–02 Eredivisie season.

Erik ten Hag was appointed as manager of Go Ahead Eagles in the Eerste Divisie by Marc Overmars in 2012, who was a shareholder of the club. During his only season at Go Ahead Eagles, he led the team to its first promotion in 17 years.

Check Out: Phil Foden net worth

Ten Hag then became the Sporting Director and head coach of FC Utrecht in the summer of 2015, where he led the club to fifth place during his first season. In the 2016–17 season, he improved FC Utrecht’s final position to fourth, booking a place in the Europa League qualifiers.

On 21 December 2017, he was appointed as the head coach of AFC Ajax after the club dismissed Marcel Keizer. In 2019, he led his Ajax team to the semi-finals of the 2018–19 UEFA Champions League for the first time since 1997, by winning against holding champions Real Madrid 4–1 in the Santiago Bernabéu Stadium at the round of 16 stages.

However, in the second leg, a second-half hat-trick by Lucas Moura for Tottenham Hotspur, with the last goal being scored in the 96th minute to make it 3–2 (3–3 on aggregate) to win on away goals, ended Ajax’s hopes of playing in the final.

Check Out: Ralf Rangnick net worth

He won his first managerial trophy with Ajax on 5 May 2019, the 2018–19 KNVB Cup, beating Willem II in the final. Only 10 days after winning the cup, Ajax, led by Ten Hag won the Eredivisie as well after a 1–4 away victory over De Graafschap and brought the double back to the club.

Erik Ten Hag guided Ajax to their record-extending 20th KNVB Cup with a 2–1 win over Vitesse in the final on 18 April 2021. Two weeks later, Ten Hag extended his contract with Ajax through to the end of the 2022–23 season.

On 16 January 2022, Ten Hag became the fastest manager in league history to reach 100 wins with Ajax, achieving the feat in 128 matches, when his side beat FC Utrecht 3–0 away on matchday 19.

Erik Ten Hag is still married to his longtime wife Bianca Ten Hag, the couple is living a happy life without facing any kind of problems, misunderstandings and tension. Ten Hag and his wife Bianca and children reside in Amsterdam.

How much is Erik Ten Hag worth? Erik Ten Hag net worth is estimated at around $7 million. His main source of income is from his career as a football manager. Ten Hag successful career has earned him some luxurious lifestyles and some fancy cars trips. He is one of the richest and most influential football managers in the Netherlands.

03/01/2022
Read the complete write-up of Ainsley Earhardt net worth, salary, age, height, family, husband, children, church as well as other information you need to...

05/04/2021
ABOUT US
Our Motive is to provide reliable, accurate and informative news to you. The Urban and Rural at heart ❤️
Contact us: [email protected]
FOLLOW US
© Apumone 2022 All Rights Reserved
Go to mobile version