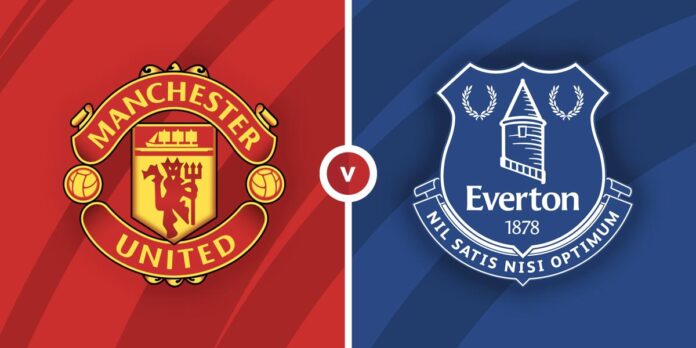 It was an avalanche of goals when Manchester United came up against Everton at Old Trafford.
United once again failed to close in on city rivals Manchester City after been held to a thrilling 3-3 draw by Carlo Ancelotti’s Men on a Saturday night fixture.
The first goal of the game came from Edinson Cavani after directing a great cross from Marcus Rashford into the back of the net on the 24th minute.

You May have Missed: Why you Man Utd were Handed a late penalty after final whistle

That goal opened the flood gate for what could be described as an entertaining game.
On the 45th minute just before the break, Portuguese international Bruno Fernandes scored a beauty from outside the box when he beat Robin Olsen with a great finish.
The game was far from over as the Toffees came in strong in the second half with goals from Doucoure and James Rodriguez to put the score back to level at 2-2.

Even though Scott Mctominay scored the 3rd goal of the night for United from Luke Shaw’s freekick, Olé’s men were stunned on added on minute when Calvert-Lewin of Everton pulled a late equalizer to push the final score to Manchester 3-3 Everton.

This draw means Manchester United has once again failed to close in on Manchester city as they sit 2nd with 45 points from 23 games.

Other fixtures to look out for today as Follows;