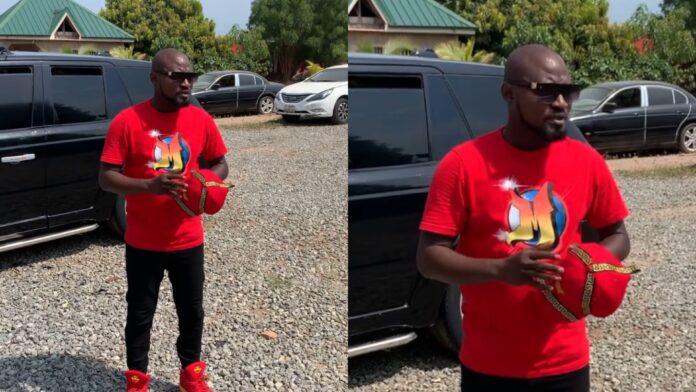 In the particular video, the man who called himself “Children’s President” is seen apologizing for his action of insulting Ghana Police when he was arrested for firing a gun at a local food joints in Kasoa.

Funny Face admitted he was wrong but cited the fact that at the time of his action he was going through a lot.

Funny Face made the news with his “Beef” with his baby Mama and almost everyone who opposes his rants on social media.

A Court at Ofaakor directed he is sent to a psychiatric hospital. After weeks of patching up with his baby Mama and seeing his children, it looks like Funny Face is finally back to his right state of mind for now.