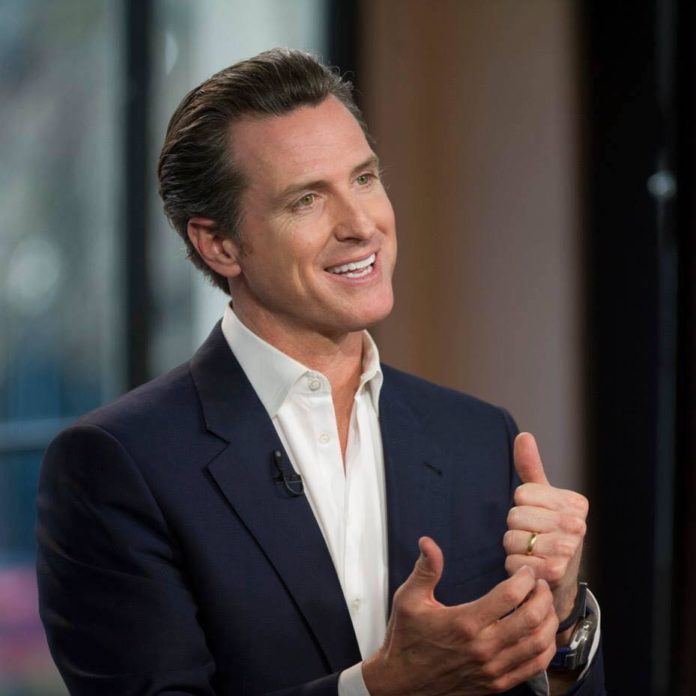 Gavin Newsom is an American politician and investor who has a net worth of $20 million dollars. Gavin Newsom was born October 10, 1967, in San Francisco, California. He is a fourth-generation San Franciscan. Read on to find out about Gavin Newsom’s net worth.

He graduated from Redwood High School in 1985 where he played basketball and baseball. Newsom attended Santa Clara University on a partial baseball scholarship and student loans and graduated in 1989 with a B.A. in political science.

In 1991, the 24-year old Newsom and his investors created the company PlumpJack Associates L.P. In 1992, the group started the PlumpJack Winery. He has co-founded 11 businesses. In 2002, his business holdings were valued at more than $6.9 million.

Newsom sold his share of his San Francisco businesses when he became mayor in 2004. Gavin was married to Fox News correspondent Kimberly Guilfoyle from 2001 to 2006.

Newsom’s first political experience came when he volunteered for Willie Brown’s campaign for mayor in 1995. In 1997, Brown appointed him to the San Francisco Board of Supervisors, a position he held until he ran for mayor. In 2003, he was elected the 42nd Mayor of San Francisco, the city’s youngest in 100 years.

Gavin and Jennifer have three children. In February 2019, Gavin and Jennifer listed their home in Kentfield, California for $5.995 million. They purchased the house in 2011 for $2.225 million. Soon after Gavin was elected Governor the couple bought a $3.7 million house in Sacramento.

As of 2021, Gavin Newsom’s net worth is estimated to be roughly $25 million. Gavin Newson’s salary is $210,000 annually; however, he is not the highest-paid governor in the U.S. The throne belongs to New York Governor Andrew Cuomo.

The salary of governors is different depending on which state they run. According to Chron, a New York governor can earn as much as $179,000 per year while a governor from Maine can only earn $70,000 annually. In some areas in the U.S., the salaries are ruled by-laws to control increases.

Aside from salaries, there are other perks a governor has such as access to helicopters, state-provided private airplanes, and dedicated automobile transportation. The official residence is also provided, but there are some cases where those that represent the states of Arizona, Massachusetts, Rhode Island, and Vermont are the exception to the privilege.

What do you think about Gavin Newsom’s net worth? Leave a comment below.