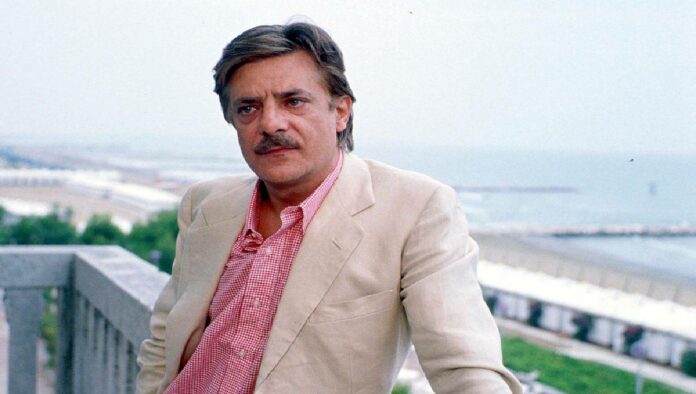 Giancarlo Giannini is an Italian actor, voice actor, film director, and screenwriter. He is best known for his wide range of starring roles across Italian and international cinema. He won the Cannes Film Festival Award for Best Actor for his performance in Love and Anarchy (1973) and received an Academy Award nomination for Seven Beauties (1975).

Giannini is also a five-time recipient of the David di Donatello Award for Best Actor. An alumnus of the Accademia Nazionale di Arte Drammatica Silvio D’Amico, Giannini began his career on stage, starring in Franco Zeffirelli’s acclaimed productions of Romeo and Juliet and A Midsummer Night’s Dream. After appearing predominantly on television throughout the early 1960s, he had his first lead role in a film in Rita the Mosquito (1965), the first of many fruitful collaborations with filmmaker Lina Wertmüller.

Giannini is also a prolific dubbing artist, contributing voice work to the Italian-language versions of dozens of films since the 1960s. He has been the official Italian dubber of Al Pacino since 1975 and has also dubbed Jack Nicholson, Michael Douglas, and Helmut Berger. In 2017, Giannini was christened a Knight Grand Cross of the Order of Merit of the Italian Republic, the highest-ranking civilian honor in Italy, for his contributions to the arts.

Giancarlo Giannini was born on August 1, 1942 (age 79 years) in La Spezia, Italy. He spent most of his childhood in the settlement of Pitelli. In 1952, Giannini and his family moved to Naples where he received a diploma in electronic engineering at the Alessandro Volta Technological State Technical Institute. During his teen years, he moved to Rome and studied at the Silvio d’Amico Academy of Dramatic Arts.

Giancarlo Giannini made his stage debut at the age of 18, opposite Lilla Brignone in In memoria di una signora amica, directed by Giuseppe Patroni Griffi. His breakthrough came when he was cast by Franco Zeffirelli in a production of Romeo and Juliet which played at The Old Vic.

Giannini made his film debut in a small part in I criminali della metropoli in 1965. He appeared in supporting roles in Anzio and The Secret of Santa Vittoria, and starred in the original version of Swept Away. In 1967, he was a special guest on an episode of Mina’s TV show “Sabato Sera”. In 1971, he appeared in E le stelle stanno a guardare, a television adaptation of A. J. Cronin’s novel, The Stars Look Down.

Check Out: Mario Draghi net worth

He won a Cannes Film Festival Award for Best Actor for his performance in Love and Anarchy (1973). In 1976, he starred in Seven Beauties, for which he was nominated for the Academy Award for Best Actor. Giannini is known for his starring roles in films directed by Lina Wertmüller. In addition to Seven Beauties and Swept Away, he also appeared in The Seduction of Mimi, Love and Anarchy, A Night Full of Rain, and Francesca e Nunziata.

Giannini has also achieved some international success. His fluency in English has brought him a number of featured roles in Hollywood productions, most notably as Inspector Pazzi in Hannibal. He also appeared in Man on Fire. Giannini played Alberto Aragón in A Walk in the Clouds in 1995, and Emperor Shaddam IV in the 2000 Dune miniseries. In 2002, he starred in the horror film Darkness. He later portrayed French agent René Mathis in the James Bond films Casino Royale (2006) and Quantum of Solace (2008).

Giancarlo Giannini has had a successful career as a voice actor and dubber. He helped with the foundation of the C.V.D. along with Renato Turi, Corrado Gaipa, Valeria Valeri, Oreste Lionello, Wanda Tettoni and other dubbers. Giannini is the official Italian voice dubber of Al Pacino. Both he and Ferruccio Amendola were the primary dubbers of Pacino until Amendola’s death in 2001 when Giannini became the sole voice dubber.

Giannini also dubbed Jack Nicholson’s voice as Jack Torrance in the Italian release of The Shining and the Joker in Batman and Michael Douglas as Gordon Gekko in Wall Street and the 2010 sequel as well as dubbing other actors such as Dustin Hoffman, Gérard Depardieu, Ryan O’Neal, Jeremy Irons, Mel Gibson, Tim Allen, Leonard Whiting and Ian McKellen in some of their work.

In Giannini’s animated roles, he voiced Carl Fredricksen (voiced by Ed Asner) in the Italian dub of the Pixar film Up. He also provided the Italian voice of Raul Menendez in the Call of Duty game franchise. Outside of dubbing, he provided a voice role in the 2001 Italian animated film Momo in which he voiced the main antagonist.

Giancarlo Giannini takes up inventing as a hobby aside from acting. Some of the gadgets he designed were used in the 1992 film Toys starring Robin Williams. Giannini also collaborated with Gabriella Greison on the book Sono ancora un bambino which was published by Longanesi in 2014. A year later, he received the Premio Cesare Pavese.

Giancarlo Giannini is married to Eurilla del Bono, they had their wedding in 1983. His wife is an actress and they have two sons, Emanuele and Francesco who are musicians. However, Giannini was married to his first wife actress Livia Giampalmo from 1967 until 1975 and they had two children. Their eldest son was Lorenzo, who died in 1987 from an aneurysm shortly before his 20th birthday. Their second-born son is actor Adriano Giannini, who played his father’s role in the 2002 remake of Swept Away.

How much is Giancarlo Giannini worth? Giancarlo Giannini net worth is estimated at around $12 million. His main source of income is from his career as an actor, voice actor, film director, and screenwriter. Giannini successful career has earned him some luxurious lifestyles and some fancy cars. He is one of the richest and influential actors in Italy. However, in 2009, Giannini received a star on the Italian Walk of Fame in Toronto, Ontario, Canada. He is currently set to receive a star on the Hollywood Walk of Fame in 2021.

16/05/2021
What is Menzie Chinn Wealthy? Menzie Chinn is a professor of public affairs and economics with a net worth of $2 million. He currently at...

14/01/2022
ABOUT US
Our Motive is to provide reliable, accurate and informative news to you. The Urban and Rural at heart ❤️
Contact us: [email protected]
FOLLOW US
© Apumone 2022 All Rights Reserved
Go to mobile version