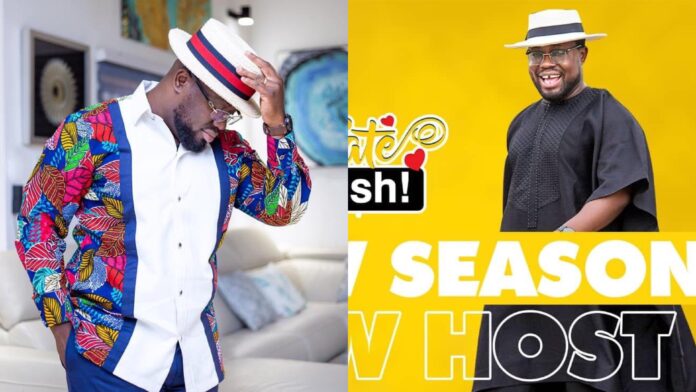 I am not a regular viewer of “DATE RUSH” on Tv3; a program that seem to move conversation on social media platforms every Sunday night. Truth is, I never watched any episode of the previous season.

But when Tv3 announced early January that their 3FM Drive time Host Giovani Elolo Caleb will be the new host of the show in the new season which streams every Sunday night, commentaries from some social media users made me to jump to YouTube to skim through some episode of the old season.

The commentaries suggest how interesting the host at the time made the show and how the show will lose its viewers taste with change of host.

The host of the old season was Nii Kpapko Thomson. Believe you me, he knows his stuff from the few episodes I skimmed through on YouTube, it was as though the producers saw him, knew him and designed a show just to suit his style. I was impressed with his delivery, composure, how related his feels to the participants of the show.

So when I continued to read post about how some viewers are not happy with the new host Giovani, I didn’t give him(Giovani) the benefit of the doubt, I jumped on the bandwagon to equally state areas I felt Giovani needs to improve at as a broadcaster to make the show his at last.

Weeks after coming on, Giovani Elolo Caleb has not only proven he’s a top notch broadcaster but he has shown how dynamic he could stay even in hostile grounds.
His delivery has equally proven to be succinct and his whole vibe and figuration anytime he mount the stage as host validate how Tv3 management perhaps settled on him to move the show on as a new host.

He has made the show his, with viewers who critiqued his selection as new host forgetting they ever opposed anyone of his sort.

Look, Giovani Elolo Caleb is one of the finest top notch radio figures in the country as we speak but I was swayed with previous commentaries to also thought he can’t switch between roles on Radio and on Television. If there is an candid admission from me here, then it is simple; we should collectively learn to give people the benefit of the doubt before going extreme with our views.

Even as he delivers to the expectations of many, there are few who will still feel, his good is not good enough. That is very understandable, because the human nature is such that you cannot satisfy everywhere.