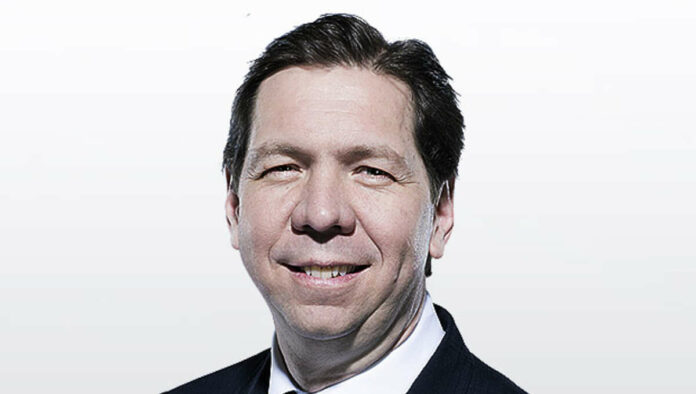 Gord Miller is a Canadian sportscaster for Bell Media’s sports cable network TSN. He is the lead play-by-play announcer for TSN Hockey and coverage of international hockey, including the IIHF World Under-20 Hockey Championships.

Miller also covers the annual NHL Entry Draft, provided play-by-play for Canadian Football League games, and does play-by-play for the Stanley Cup playoffs on ESPN in the United States. Miller was awarded the Paul Loicq Award by the International Ice Hockey Federation in 2013, for his contributions to international ice hockey.

Gord Miller was born June 21, 1965 (age 57 years) in Edmonton, Alberta, Canada. As a student at McKernan Junior High School, Miller fought in City Hall against a proposed curfew for children under 16. He collected over 3,000 names to petition the curfew and won.

Gord Miller began working for the Canadian Broadcasting Corporation (CBC) in 1984, where he covered the Edmonton Oilers. He joined TSN as a reporter in 1990 and occasionally calling NHL hockey when needed.

Miller began doing hockey play-by-play regularly as the lead announcer on the network’s Canadian Hockey League coverage in 1994, including the Memorial Cup, as well as more frequent NHL assignments.

Gord Miller was the host of That’s Hockey from 1998 to 2001 and then returned to the broadcast booth in 2001 as the English television play-by-play voice of the Montreal Canadiens on TSN’s regional feed for one season.

Miller became TSN’s lead hockey play-by-play announcer when it reacquired national broadcast rights to the NHL in 2002. He was teamed up with Pierre McGuire. In 2010, Miller and TSN colleague Chris Cuthbert were selected by Canada’s Olympic Broadcast Media Consortium as play-by-play announcers for the men’s ice hockey tournament at the Winter Olympics in Vancouver.

Since TSN lost the national contract in 2014 to rival Sportsnet and its parent Rogers Media, he now calls play-by-play for Toronto Maple Leafs and Ottawa Senators regional games on TSN, while continuing to be the primary play-by-play broadcaster on the network’s international hockey coverage.

Gord Miller called the track and field events at the 2012 Summer Olympics in London for Canada’s Olympic Broadcast Media Consortium, including the 100m final featuring Usain Bolt. In 2022, Miller joined the announcers of NHL on ESPN for the Stanley Cup playoffs.

Miller was nominated for a Gemini Award in 2008 in the Best Sports Play-by-Play Announcer category for the 2008 IIHF World Junior Championship gold medal game. In 2013, Miller was awarded the Paul Loicq Award by the International Ice Hockey Federation for his contributions to international ice hockey. The award was presented on May 19 in Stockholm, with Miller introduced by Bob Nicholson.

Gord Miller is married to Lisa Miller, they had their wedding ceremony in Canada. His wife is a private person and they had children together. His wife Lisa Miller has shared the information related to her parents, siblings and ethnicity with the general public. As of mid-2022, the couple is still married without any problems.

How much is Gord Miller worth? Gord Miller net worth is estimated at around $5 million. His main source of income is from his career as a Sports Broadcaster and TV personality. Miller salary and other career earnings are over $1.5 million annually. He is one of the richest and influential sports commentators in Canada.