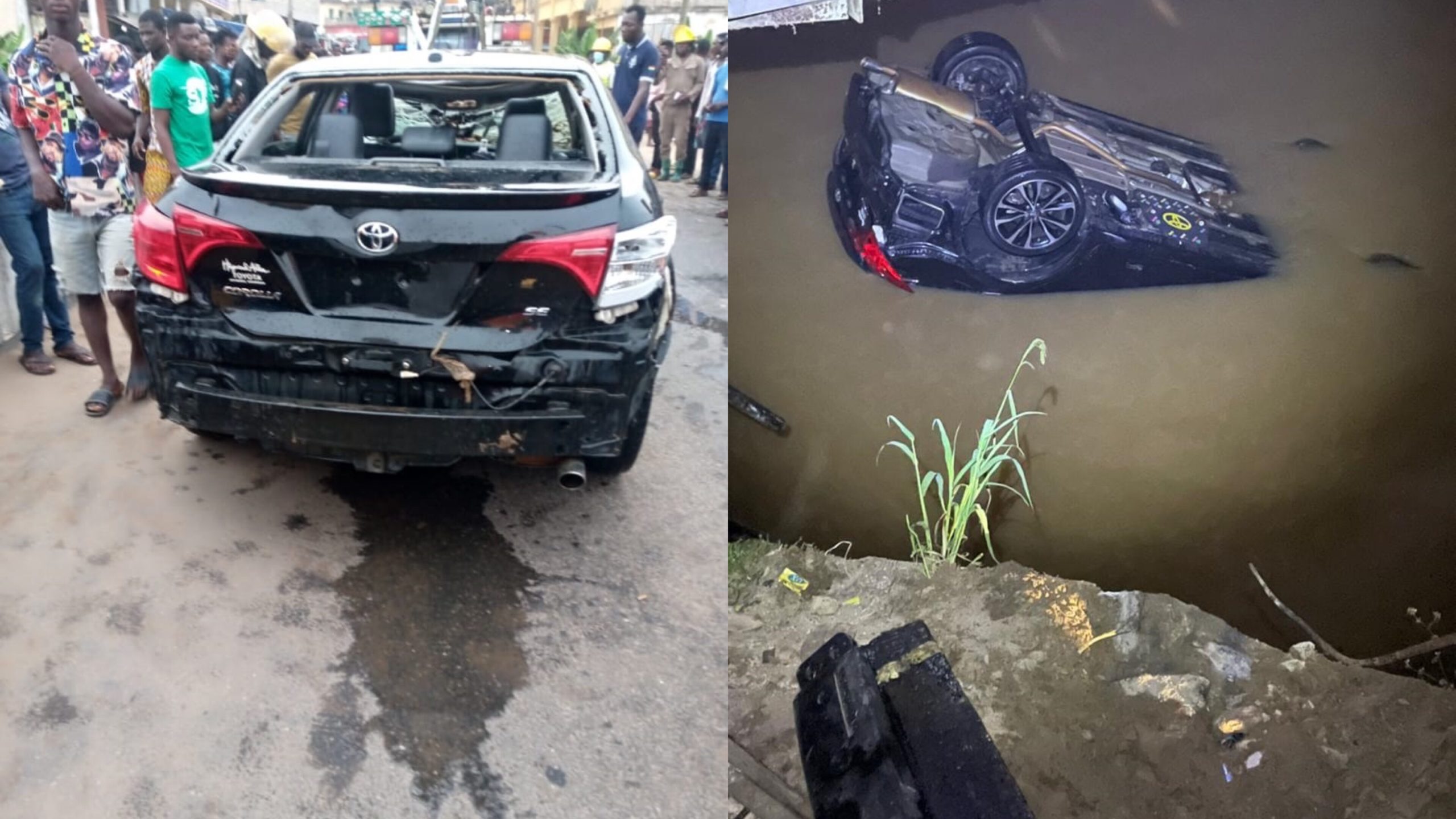 One person died Saturday morning at Agona Swedru in the Central Region after a speeding unregistered Toyota Camry saloon vehicle hit and pushed two lovers into the Akora River.

The vehicle itself, which had three occupants plunged into the river.

A second person suspected to be dead is the female who was standing with the boyfriend and were knocked and pushed into the river.

Her body was yet to be found as of midday Saturday.

The driver of the Toyota Camry, together with two other occupants, yet to be identified, were on board the car which was moving from the Texaco direction towards Chapel Square, reports Graphic Online’s Gilbert Mawuli Agbey.

The incident happened around 2am, the Toyota Camry who was driving at top speed after initiating a sharp curve lost control and veered off his lane to the left side, hit the two lovers and a shop before entering the river around 2am.