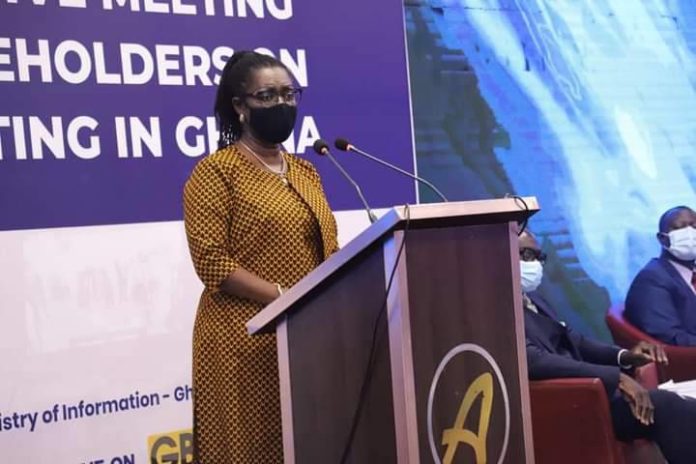 The Minister for Communications and Digitisation, Ursula Owusu-Ekulful, has revealed that telecommunications network AirtelTigo was acquired by the government of Ghana for just One dollar ($1) which is equivalent to 5 Cedis 87 pesewas.

According to her, claims that the government acquired AirtelTigo for $20 million are untrue and must be dismissed by the public.

She, however, revealed that some debts accrued by AirtelTigo amounting to $100 million owed to Standard Bank will be structured by the government and paid off. She added that 50 percent of that debt has been forgiven by the bank and the remainder 50 percent will be paid off by the government of Ghana.

The government of Ghana last week signed an agreement with telecommunications company AirtelTigo for the transfer of ownership to the state.

Government of Ghana and the parent companies of AirtelTigo, Bharti Airtel Ghana Holdings B.V., MIC Africa B.V signed the transfer after they concluded negotiations to transfer the shares of the company to the Ghana government.

The transfer of ownership comes after AirtelTigo in June 2020 announced its decision to exit the Ghanaian market.

This agreement transfers all customers, assets, and agreed liabilities of AirtelTigo to the government of Ghana.

“We consider this a positive step as it adds to the growing portfolio of digital infrastructure assets being utilized by the government,” Communication Minister Mrs. Ursula Owusu-Ekuful stated after the signing of the agreement.