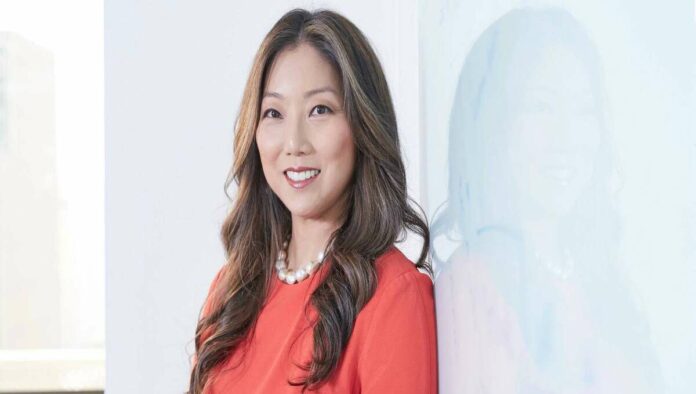 Grace Park is an American-Canadian actress. She is best known for her roles in the science-fiction series Battlestar Galactica, as Shannon Ng in the Canadian teen soap opera series Edgemont, as Officer Kono Kalakaua in the police procedural Hawaii Five-0, and as Katherine Kim in A Million Little Things.

Grace Park was born on March 14, 1974 (age 48 years) in Los Angeles, United States. She moved with her parents to Canada when she was 22 months old. She was raised in the Vancouver neighborhood of Kerrisdale. Park was born to Korean parents. She graduated from Magee Secondary School in 1992 and holds a degree in psychology from the University of British Columbia.

Grace Park was cast as high school student Shannon Ng on the Canadian teen soap opera Edgemont at age 25. She appeared in the miniseries Battlestar Galactica in 2003 and continued as the same or related characters in subsequent series and films.

Check Out: Scott Caan net worth

Park had a role in the 2007 movie West 32nd, a crime drama set in New York City’s Korean neighborhood. She appeared as Lt. Sandra Telfair in Electronic Arts’ Command & Conquer 3: Tiberium Wars, along with her Battlestar Galactica co-star, Tricia Helfer.

In 2010, she appeared in the Fox series Human Target as Eva Kahn, and was the main character, Kono Kalakaua, in the 2010 CBS revival of Hawaii Five-0. Park and fellow Hawaii Five-0 co-star Daniel Dae Kim left the show in 2017, leaving the cast without any Asian regulars, after a salary dispute where it was reported that CBS’s latest offer paid them 10–15% less than their white co-stars, Alex O’Loughlin and Scott Caan.

CBS claimed that they had given “unprecedented” salary raises to Grace Park and Kim, suggesting that they had been paid a lot less under their old contracts. Some critics noted that the network’s “refusal to pay Kim and Park on matching terms with O’Loughlin and Caan was CBS’s formal declaration that they were determined to protect a disparity that has been a sore point since the show’s premiere.

The assertion was that O’Loughlin and Scott Caan are Hawaii Five-0 “stars” with Kim and Grace Park being mere “co-leads” or supporting cast”, yet Kim and Park were originally featured heavily in advertising and proved to be a crucial part of the show’s success.

Grace Park is a former member of NXIVM, a multi-level marketing organization and cult, and appeared in video interviews with NXIVM founder Keith Raniere.

Grace Park is married to her longtime husband Phil Kim, they had their wedding in 2004. Her husband is a real estate developer. The couple lives in a private house in Vancouver, Canada. Grace and her husband Phil Kim have one son, born in 2013. As of mid-2022, She and her husband are still married and living a cool life with their son whose age is 9 years (as of 2022).

How much is Grace Park worth? Grace Park net worth is estimated at around $7 million. Her main source of income is from her career as an actress. Park salary with other career earnings is over $2 million+ annually. Her successful career has earned her some luxurious lifestyles and some fancy car trips. She is one of the richest and influential actresses in Canada.