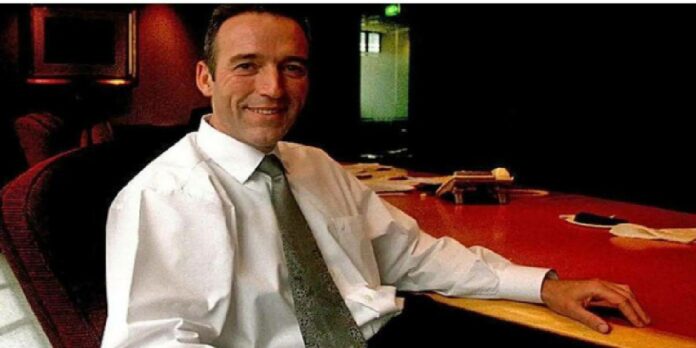 Read the complete write-up of Graeme Hart net worth, age, height, family, wife, children, assets and liabilities, house, Yacht, life story as well as other information you need to know.

Graeme Hart is a New Zealand billionaire businessman and the country’s wealthiest person. He prefers to stay out of the general media and makes few public appearances.

Much like other leveraged buyouts (LBO) private equity investors, Hart has a preference for buying underperforming and undervalued companies with steady cash flows which can be turned around through better cash management, cost-cutting and restructuring with other businesses.

Since his 2006 purchase of Carter Holt Harvey, he has focused his acquisitions on the paper packaging sector. His largest acquisition to date was for Alcoa’s Packaging & Consumer group in 2008 for US$2.7bn, later renamed Reynolds Packaging Group. He does not directly manage his businesses and is focused mostly on the financing related to the re-capitalization of the companies.

Graeme Richard Hart was born on June 6, 1955(age 66 years) in Auckland, New Zealand. He worked as a tow-truck driver and as a panel beater after leaving school at 16.

In 1987, Hart completed an MBA from the University of Otago. His research thesis outlines the strategy for Rank, then a small hire company, to grow. This strategy relies on using the cash flow of well-performing companies to fund debt, which as it gets paid off, increases the equity value of the initial investors.

Hart gained a big break when he purchased the Government Printing Office for less than its capital value in 1990. The purchase was 1.4x earnings and Hart was provided generous payment terms. Then New Zealand Prime Minister David Lange initially refused to sign off on the transaction. The following year he bought Whitcoulls Group which at that time included a retail chain of bookstores as well as office and stationery concerns. He has since sold off these interests.

Rank Group Ltd is Hart’s private investment company. It is the 100% owner of Reynolds Consumer Products, Burns Philp and Carter Holt Harvey. Rank had assets of approximately NZ$3 billion in cash after selling the assets of Burns Philp and floating Goodman Fielder in 2004.

Check Out: Rod Drury net worth

In December 2006 he agreed to purchase International Paper’s drinks packaging business Evergreen Packaging for NZ$725 million. In May 2007 he bought Swiss packaging company SIG for NZ$3.2 billion. The SIG division Combibloc is the second-largest food and drink carton packaging company in the world after the Swedish giant Tetra Laval.

In August 2007 Hart completed his US$450 million purchase of US paper packaging company Blue Ridge Paper Products of North Carolina which he intends to merge with Evergreen Packaging of Arkansas. These acquisitions make Rank Group the world’s second-biggest company in the paper products business.

Burns Philp and Company Limited was an Australian and New Zealand food manufacturing company dual-listed on the ASX and NZX. Hart has been the chairman since September 2004 and a member of the board of directors since September 1997. In 2003 Burns Philp performed a A$2.4 billion hostile takeover of the much larger food group Goodman Fielder before relisting it through an IPO.

Following the sale of its yeast and spices business to UK firm Associated British Foods, Uncle Toby’s to Nestle for NZ$1.1 billion and Bluebird Foods to PepsiCo for NZ$245 million the company became largely a cashed-up shell.

In December 2006, Hart completed a A$1.6 billion takeover of the 42 per cent of Burns Philp he did not already own. After the successful takeover, Burns Philp was delisted from the ASX and NZX. The deal gave him total control of A$2.9 billion of Burns Philp cash, net of debt, which he could then use to further build on his Carter Holt Harvey empire.

In 2006 Hart paid NZ$3.3 billion for Carter Holt Harvey (CHH), a New Zealand timber and paper business. Soon after completing the purchase, he began restructuring the struggling company starting with the sale of CHH’s forests to US-based Hancock Timber Group for up to NZ$2 billion. Hart has also sold CHH’s head office property, various sawmills and packaging plants for over NZ$300 million.

In 2007 he announced the sale of CHH’s building supplies business which some estimate could fetch NZ$2.3bn, but was unsuccessful in the selling of it.

Hart had also been seeking a purchaser for the packaging side of CHH since October 2010. In April 2014, CHH announced the sale of its Pulp, Paper & Packaging business to a Japanese consortium for NZ$1.037 billion, with the deal closing in the second half of 2014.

In 2008 Hart paid US$2.7 billion for Alcoa (AA) Packaging & Consumer group. He spun off the company and renamed it Reynolds Packaging Group, which is now headquartered in Lake Forest, Illinois, USA. While this business is within the packaging industry, it is not paper packaging related, being mostly in the aluminium foil and plastic closure business.

Since the purchase from Alcoa, Hart has cut more than 20% of the workforce within Reynolds, mostly through plant shutdowns, including the flagship Reynolds Wrap Foil Plant in Richmond, Virginia and restructuring efforts. This has resulted in significant savings and profit margin jump for the company, allowing him to issue more debt on behalf of the company in October 2009 and get a high return on his initial investment.

On 17 June 2011, Reynolds Group Holdings announced its intention to acquire all of the outstanding stock of Graham Packaging Company, Inc, headquartered in York, Pennsylvania. The acquisition was completed on 8 September 2011 for $25.50 per share (in cash), for a total enterprise value, including net debt, of approximately US$4.5 billion. This acquisition increased Rank’s growing profile in the US.

Earlier in 2011, it agreed to buy the automotive consumer business of Honeywell International (the FRAM group) for US$950 million. In March 2015 Reynolds Group Holdings completed the sale of SIG to Onex Corporation.

Since 2018, Hart and his son Harry have been the majority shareholders in Walter & Wild, a holding company specialising in New Zealand food brands including Alfa One, Aunt Betty’s, Greggs, Hansells, Hubbard Foods, Thriftee, Teza and Vitafresh.

While he prefers to keep a low profile in the general media he was notable for the launch of his 58 metres (190′) luxury motor yacht Ulysses at Auckland’s Viaduct Harbour in January 2006. The yacht is valued at nearly $100 million and took five years to complete due to being gutted by a fire during refit by a New Orleans shipyard.

In 2012 it was put up for sale for $49-million. Hart has a new yacht under the building at Kleven Verft in the community of Ulstein in Norway. The yard specialises in off-shore vessels and the 107-metre (351′) long yacht is constructed to sail under rough conditions, equipped with a helicopter deck, hangar and accommodation for 60 persons. Hart’s latest 107-metre (351′) “expedition yacht,” formerly named Ulysses, was completed and eventually launched on 3 September 2014, in Ulsteinvik, north of Oslo, at the Kleven Verft shipyard.

Graeme Hart has residences in Auckland, Queenstown and Waiheke Island in New Zealand, an island in Fiji and two properties in Aspen, Colorado in the US. He attended Mount Roskill Grammar School. Hart says he lacks interest in making money for its own sake. He describes his personal wealth as a “by-product” of what he does.

Graeme Hart is married to his longtime girlfriend Robyn Hart, they have a son and a daughter together. However, in December 2018, the Hart Family made a $10m donations to the University of Otago to go towards opening their $28.2m dental teaching facility in South Auckland.

How much is Graeme Hart worth? Graeme Hart net worth is estimated at around $8.4 billion as of 2021. His main source of income is from his chain of business. However, Forbes stated that Hart was the 178th richest person in the world as of March 2016. He is the richest man in New Zealand as of 2021. Graeme Hart successful career has earned him some of the luxurious lifestyles and some of the fancy Yacht and Cars in the world.

27/05/2021
Member of Parliament for Ningo Prampram, Samuel Nartey George, has revealed that he wanted to enter the Army after leaving the Kwame Nkrumah University...

Man Allegedly Kills His “Wife” and Removes Her Body Part In...

20/11/2021
ABOUT US
Our Motive is to provide reliable, accurate and informative news to you. The Urban and Rural at heart ❤️
Contact us: [email protected]
FOLLOW US
© Apumone 2022 All Rights Reserved
We use cookies to ensure that we give you the best experience on our website. If you continue to use this site we will assume that you are happy with it.Ok