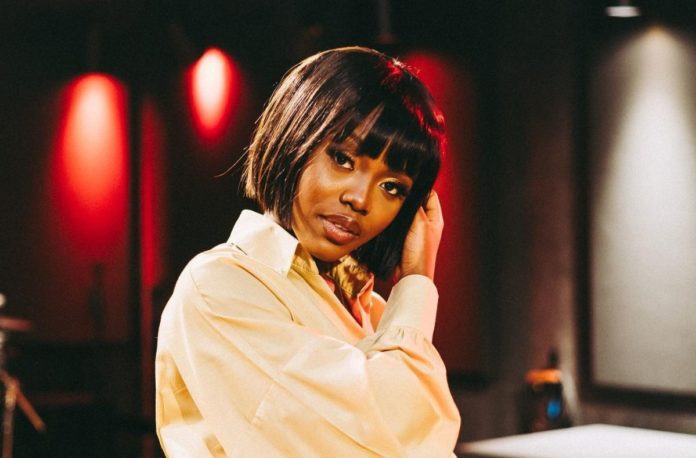 Gyakie whose real name is Jackie Acheampong was born on December 16, 1999 in Kumasi, the capital of Ashanti Region in Ghana. Birthed into a family of musicians, Ghanaian singer Gyakie is continuing a legacy of boldly African musicianship. She is the daughter of 80’s highlife music legend Ernest ‘Owoahene’ Nana Acheampong, but has come into her own as singer and songwriting, releasing her debut EP Seed in August 2020.

While making music, the 21-year-old is also studying for her degree in International Business at the Kwame Nkrumah University of Science and Technology in Kumasi where she was raised. But akin to other growing stars, like Megan Thee Stallion, her educational pursuits have not deterred her from making an impression on the music industry.

According Gyakie who is Growing up with her father, the legendary Nana Acheampong, who influenced highlife music in Ghana, she was surrounded with great music around her. Gyakie first went to the studio with her father when she was just eight years old. She knew she could sing but pursuing it as a career was very much a like a daydream. Seeing and hearing all that her father(Nana Acheampong) had putting into his music was all part of the reason why I fell in love with music.

She released her first single; “Love Is Pretty” in February 2019, which was shortly followed by “Never Like This.” With the release of Seed, Gyakie dropped the single and video for “Forever,” which charted — not only in Ghana — but Nigeria and Kenya. The single also made Billboard’s Top Triller Global and ranked on Shazam’s Top 200 chart.

Gyakie keeps creating music with her artistic inspiration from genuine moments of extreme emotion and experiences of people around her. Ghanaian artists like Gyakie are utilizing the power of social media to reach new audiences across the globe, especially in a time where travel and human connection are very limited due to the novel coronavirus.

And with the recent launching of Spotify in 85 new markets, including Ghana, there is the opportunity for more musicians to reach new audiences globally. Gyakie breakthrough song is “Forever” which she had a remix with Nigerian Act Omah Lay.

Gyakie net worth is estimated to be around $300,000. Her major source of income is generated from her music career.  She making a considerable amount of money and also living a cool lifestyle. Gyakie got signed to Sony Music and RCA, Uk in 2021.