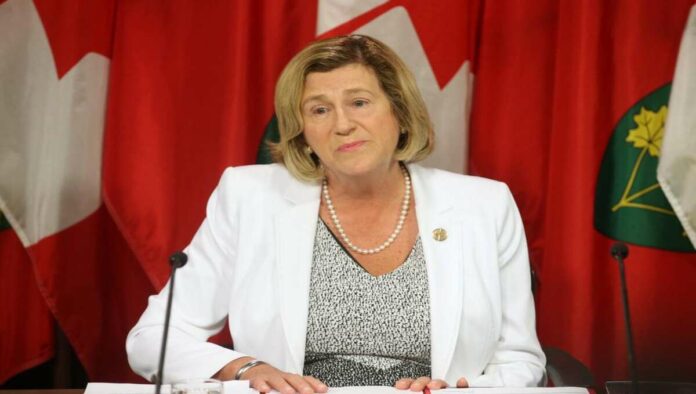 Read about Helena Jaczek net worth, age, husband, children, height, family, parents, salary and party as well as other information you need to know.

Helena Jaczek is a Canadian physician and Liberal politician. She is currently serving as the Member of Parliament for Markham—Stouffville in the House of Commons of Canada and as the Minister of Public Services and Procurement and Receiver General for Canada. In October 2021, Jaczek was appointed Minister responsible for the Federal Economic Development Agency for Southern Ontario (FedDev Ontario) in the Cabinet of Canada. Before entering federal politics in 2019, Jaczek served as a Member of the Legislative Assembly of Ontario from 2007 to 2018 representing Oak Ridges—Markham. She served as Minister of Community and Social Services from 2014 until 2018 and as Minister of Health and Long-Term Care in 2018, under the leadership of Kathleen Wynne.

Krystina Helena Jaczek PC MP was born on November 5, 1950 (age 72 years) in London, United Kingdom. She was born to a Polish father and an English mother and emigrated to Canada in 1963 at age 12. She received her medical degree and Master of Health Science from the University of Toronto and later a Master of Business Administration from York University. After many years in general practice on staff at Women’s College Hospital in Toronto, she then served as chief medical officer of health in York Region for 18 years. Through the years, she has sat on the boards of many community agencies.

Helena Jaczek ran as the Liberal candidate in the riding of Oak Ridges in 2003. Issues included tax rates and health care. She lost to incumbent Frank Klees by 2,521 votes. In 2007, Jaczek won the newly formed riding of Oak Ridges—Markham by 7,013 votes beating Conservative candidate Phil Bannon and New Democrat Janice Hagan. She was re-elected in 2011, and 2014 elections. At the time, Oak Ridges-Markham was the most populous riding in the province until redistribution in 2018.

Check Out: Paul Calandra net worth

She was also a member of the Select Committee on Mental Health and Addictions. This special Committee held public hearings around the province, visiting mental health and addictions facilities and several First Nations communities to better understand the Mental Health and Addictions program challenges facing Ontario. Jaczek brought forward several Private Member’s Bills. In 2009, she proposed a private member’s bill, Bill 117, that would have prohibited riders under the age of 15 from riding motorcycles.

On June 6, 2013, the bill received the support of all three parties, but it died on the order paper because of the 2014 Ontario General Election. However, in November 2016, the government introduced legislation that included a provision to ensure the direct election of the chair and CEO of the Regional Municipality of York. This was subsequently overturned by the incoming PC government of Premier Doug Ford. On June 24, 2014, she was appointed by Premier Kathleen Wynne as the Minister of Community and Social Services and was the Vice Chair of Health, Education and Social Policy Cabinet Committee.

As a Cabinet Minister, Jaczek led the government’s plan to reform social assistance, which includes overseeing Ontario’s Basic Income Pilot as well as the establishment of the Income Security Reform Working Group who was tasked with developing ideas for a more holistic, client-centered approach to broader income security.[citation needed]Jaczek has also overseen considerable reform in the developmental services sector, which includes the closing of all sheltered workshops in Ontario and has led the implementation of Ontario’s Strategy to End Human Trafficking.

Check Out: Peter Bethlenfalvy net worth

Helena Jaczek was appointed Chair of Cabinet in addition to her role as Minister of Community and Social Services on January 17, 2018. On February 26, 2018, she was appointed Minister of Health and Long-Term Care. During her time as Minister, the provincial government made an investment of $2.1 billion in mental health and addiction services. This was the largest provincial investment in mental health and addictions in Canadian history. The purpose of the funding was to improve the quality of and access to community-based services, including the creation of 15 additional youth wellness hubs and more supportive housing.

In the 2018 general election, Jaczek ran for re-election in the new district of Markham—Stouffville which encompassed the eastern portion of her old riding but was defeated by Progressive Conservative Paul Calandra. In June 2019, there was speculation that Jaczek might enter federal politics and run as a Liberal Party of Canada candidate in Markham—Stouffville in the 2019 Canadian federal election, against the incumbent Independent MP Jane Philpott.

Helena Jaczek announced in July 2019 that she would be seeking the Liberal Party nomination in the riding. During the 43rd Canadian Parliament, Jaczek introduced one private member’s bill, Bill C-303 An Act to establish a national strategy for health data collection, which sought to require the Minister of Health to develop a national strategy for the collection of health data, including the creation a national public health database for the purposes of research and policy development. though the Parliament ended before it was brought to a vote.

Check Out: Marci Ien net worth

On September 20, 2021, Helena Jaczek was re-elected as the Member of Parliament for Markham—Stouffville. As part of the Standing Committee on Health, Jaczek used her expertise in medicine and public health to contribute to Canada’s response to COVID-19, within the country and globally. She advocated for funding transparency, greater safety on airlines and better public health standards in the agricultural sector. On October 16, 2021, Jaczek was appointed as the Minister responsible for the Federal Economic Development Agency for Southern Ontario. Jaczek also serves as the vice-chair of the Treasury Board, Vice-chair of the Cabinet Committee on Reconciliation and a member of the Cabinet Committee on Operations, and the Cabinet Committee for Economy, Inclusion and Climate “A”.

Helena Jaczek is married to her husband Hershel Weinberg, they had their wedding in Canada. Her husband is a private person and they have two children together. However, on August 31, 2022, Jaczek swapped portfolios with Filomena Tassi, becoming Minister of Public Services and Procurement and Receiver General for Canada while Tassi became Minister responsible for the Federal Economic Development Agency for Southern Ontario; the cabinet shuffle had been held at Tassi’s request, having asked to be moved to a position with a lighter workload in order to deal with a family health matter. As of 2023, Helena Jaczek is still married to her husband Hershel Weinberg.

How much is Helena Jaczek worth? Helena Jaczek net worth is estimated at around $4 million. Her main source of income is from her primary work as a politican. Helena Jaczek’s salary per month and other career earnings are over $390,000 dollars annually. Her remarkable achievements have earned her some luxurious lifestyles and some fancy car trips. She is one of the richest and most influential politicians in Canada. She stands at an appealing height of 1.73m and has a good body weight which suits her personality.